On Tuesday, May 21, Toronto City Council voted by a count of 24-20 to support a motion introduced by Councillor Mike Layton to oppose expanding the current gaming offerings at Woodbine Racetrack.

The move means that Woodbine Racetrack will still be able to offer both live horse racing and the gambling offerings which currently take place within its OLG-operated gaming area. Although, Toronto Council will not support the recommendation of Mayor Rob Ford's Executive Committee that called for expanded gaming at the location in the form of table gaming with live dealers.

The Tuesday meeting/vote was not expected to even take place, as Mayor Ford tried to cancel the meeting late last week. Although, 24 city councillors reversed Mayor Ford's decision to cancel the scheduled meeting/vote by signing a petition that forced the meeting to take place as initially planned. The petition was filed with the City Clerk's office on Sunday, May 19.

In addition to voting on the topic of casino expansion at Woodbine Racetrack, City Council on Tuesday, Council also voted on the issue of casino expansion in downtown Toronto. Councillor Layton (Ward 19, Trinity-Spadina) had introduced a pair of motions during the meeting. His first motion, 2A, opposed the establishment of any new gaming facilities within Toronto's borders, and that motion was carried by a vote of 40-4. Councillor Layton's second motion, 2B, was particularly in regard to the expansion of gaming at Woodbine. Motion 2B was carried by the aforementioned 24-20 vote. 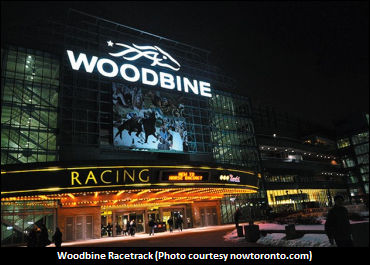 A potential downtown Toronto casino would have been located in the 'C1' gaming zone under the Ontario Lottery and Gaming Corp.'s gaming modernization plan. Woodbine Racetrack is located within the 'C2' gaming zone. Therefore, Toronto City Council could have voted against a downtown casino, yet still vote for expanding gambling at Woodbine due to the fact that the locations are in different gaming zones.

While addressing Council just after 11:00 a.m., Mayor Ford had introduced a motion for the City of Toronto to not support a new downtown casino in the C1 Zone, but to support gaming expansion at Woodbine Racetrack, located within the C2 zone.

Citing the Province of Ontario's refusal to ensure that the City of Toronto would receive $100 million annually in hosting fees for a downtown casino, Mayor Ford said, "I will not support a casino that is not in the best interests of Toronto."

Ford, who was previously a driving force in support of downtown casino expansion, stated that the City of Toronto and the private sector would be the entities taking the risk in making a downtown Toronto casino a reality, not the Province of Ontario. In his address to Council, Mayor Ford added that, "The province wants money for nothing."

Mayor Ford went on to say, "I know many councillors are concerned about Woodbine. There is no one more concerned than I am. I represented the area for 10 years. I fought hard for them, and I continue to fight for the great people of Woodbine."

On April 16, councillors that help make up Mayor Ford's Executive Committee voted 9-4 in favour of allowing expanding gambling at Woodbine Racetrack in the form of table gaming with live dealers.

The C2 zone includes the nearby City of Vaughan, in addition to surrounding areas in northwestern Toronto and northeastern Mississauga.

"There are over 7,500 jobs that are generated from Woodbine Racetrack. In order for us to remain competitive within the province's gaming strategy, which they (the Province of Ontario) talked about evolving, we need to be a part of it. And, essentially, the decision by Council today rejected the expansion of gaming at Woodbine, which has been happening for the last 57 years in terms of horse racing, the past 14 years in terms of slot machines at Woodbine, and they have been operated safely, responsibly and largely without incident because we have partnered with the community," Eaves said. "We take those operations and the responsibility of those operations very seriously. That was reflected in the staff report. The executive committee heard and considered that when they voted to recommend the expansion of gaming at Woodbine. To have the full council reject it today is extraordinarily disappointing, and, unfortunately, there are thousands of jobs at Woodbine that are going to be affected by it."

When asked about the future of Woodbine Racetrack, Eaves said that the organization will have to take a wait-and-see approach.

"Ultimately, we've got to work with the province," Eaves said. "Of some encouragement is that in early March the Premier announced a new policy which was in order to ensure that Ontario's horse-racing and breeding industry is sustainable, which is important to her and her government. She spoke of a new policy which could reintegrate the horse-racing industry back with the province's gaming strategy. So, we need to move from today's setback to make sure in our deliberations with the province and in working with them to ensure a sustainable industry that we can deliver on, hopefully. There is far too much at stake --- as I've said, there are far too many jobs at stake, and we now need to work closely with the Premier and closely with this government to make sure that there is a sustainable horse-racing industry."

No money to make on table

No money to make on table games(Blackjack, Roulette, Bacarat,etc) after paying your card dealers, supervisor's, pit bosses, shift manager's etc, etc etc, not much profit left in the piggy bank. Just stick with the slots program, it works!

Bob Rae as leader of the

Bob Rae as leader of the Ontario NDP approved casino gambling in the province. As for Ford, he flip-flops around day-to-day depending on his state of mind.

In reply to Sorry Slight by ppsphil

In reply to This is the problem with a by realfreeenterpriser

I hate to defend Mayor Ford,

I hate to defend Mayor Ford, but he has always been in favour of a gaming expansion at Woodbine. In fact, Woodbine is located in Doug Ford's riding.

It was Mike Harris's PCs who introduced the Slots at the Racetracks programme!!!

This is the problem with a

This is the problem with a Mayor that very few, if anybody, respects. Don't forget that Ford's desire for a casino at Woodbine came about only because he knew a downtown casino would be defeated. Had he got his way with a Downtown Casino he wouldn't have cared about Woodbine.

You just can't trust these

You just can't trust these elected officials to do the right thing. Frankly, I don't understand why you would need a favourable council vote to expand existing Woodbine gaming.......just do it!! Create a 'grandfather' clause.....they would probably go for that!! I don't believe there is any municipality in Ontario that has Racetrack Slots that would turn down a casino expansion at those racetrack locations, except this bunch. The Fall of 2014 can't come soon enough.

It was an ant-Ford vote and I

It was an ant-Ford vote and I am surprised at Mike Layton since the NDP were the first to introduce the slots at racetracks program. The NDP also normally work for the Average Joe and there are thousands of those in the horse industry.

Are you kidding me? This was

Are you kidding me?
This was obviously an anti Ford vote by a bunch of partisan T.O.councilors
I don't think I have ever seen an industry in Ontario screwed over by uninformed
politicians as badly as the horse racing industry has been. Have you ever of any politicians voting against Toyota expansion?

In reply to GOOD NEWS for Woodbine. I by suemac

I said my Comment before the vote its to bad Woodbine will not be able to expand but still good news for NO down town casino !