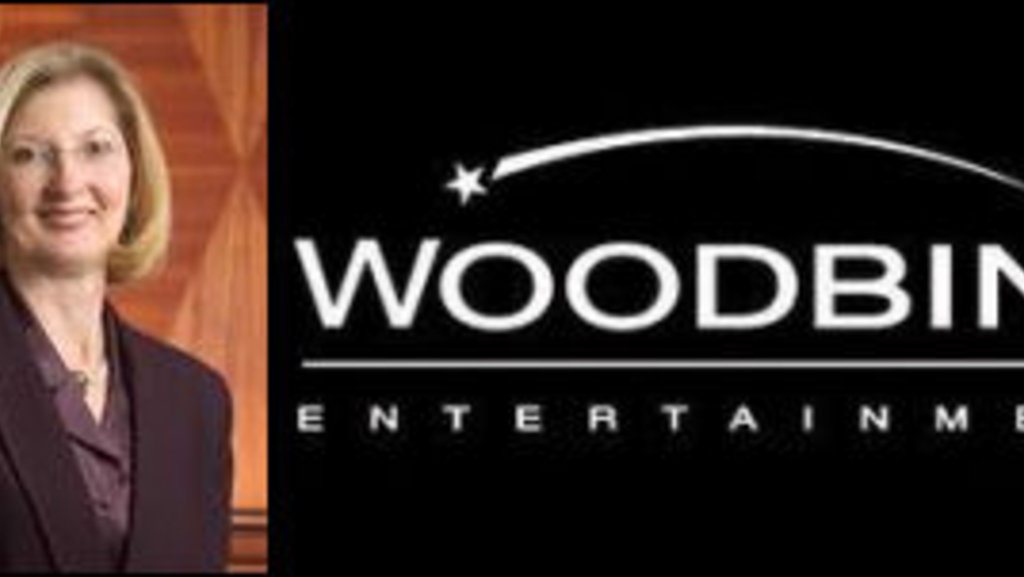 Jane Holmes, vice president of Corporate Affairs for the Woodbine Entertainment Group, has gone on the record in regard to the City of Vaughan being added to the 'C1' gaming zone within the Ontario Lottery and Gaming Corp.'s gaming modernization plan. 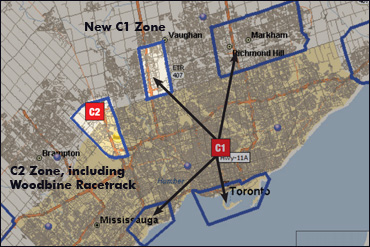 “It’s 10 minutes away from here,” a report by the National Post quoted Holmes as saying regarding Vaughan's close proximity to Woodbine Racetrack, which is located in Rexdale. “Those are our customers.”

Holmes also commented on the situation in a report by citynews.ca, stating, “We fully expect that there would be serious cannibalization of the gaming operations that are here,” if a Vaughan casino becomes a reality.

“Woodbine and its business activities generate over 10,000 jobs for the City of Toronto. It would have [a] devastating impact.”

It was reported by the mainstream media last week that Vaughan was added to the OLG's C1 gaming zone, which now contains sections of downtown Toronto, south Mississauga, Markham, Richmond Hill and Vaughan.

Woodbine Racetrack finds itself plotted in the 'C2' gaming zone, which includes surrounding areas in northwestern Toronto and northeastern Mississauga.

(With files from citynews.ca, The Globe and Mail and the National Post)

I just cannot help wondering how the OLG or our
gov´t expect more casinos in this province to
possibly make money.
Given the current economic status and high
unemployment rate,whose going to continue year
round to support all these casinos?
Currently our big casinos like niagara falls
are losing money,and why....the economy,people
simply do not have alot of extra cash to throw
around.
The logical choice to try and expand gaming is
in existing gaming locations.The millions if not
billions of dollars that would be spent just to
actually build these facilities would go a lomg
ways to expand our current track locations gaming
as well as focusing on returning monies to the
the SARP for the horsemen.
The tracks need the horsemen just as much as they
need the OLG slots and the revenue from them.Perhaps
what is needed is for the tracks to sit down with
the horsemen and work something out,before the
doodoo hits the preverbial oscilator.The tracks need
to look at this long term as it certainly looks
like they are being used and for the short term all
seems great but for long term stability the current
plan will wind up blowing up in their faces.

Take the lead. Close down

Take the lead. Close down the slots. The horsemen will support you.

Politics in ontario has never

Politics in ontario has never been worse. Reaks of corruption.

I understand that a lease

I understand that a lease agreement has been completed with WEG and other tracks for the Slots to remain even though we no longer receive a share as a partner. It is now apparent (obvious to the rest of us) that the OLG intends to simply "use" the racetracks for "temporary" locations until casinos can be built and the racetracks can be dumped. Within a couple years there will be casinos popping up, slot leases at tracks ended/cancelled and we'll be even worse off than now. It's time for the tracks to wake up...get together, tell the OLG/Liberals where to go and cancel all leases for slots...let the gov't explain how they are going to replace $100 million + each month. This alone could get us back our partnership...hopefully, this Vaughn move will wake the tracks up!

The whole plan is a complete

The whole plan is a complete mess if it aint broke dont fix it comes to mind ... this is the same day Ceasers Windsor announced 34 lay offs. So much for closing the slots at Windsor raceway and the raceway itself to protect the casino.All while Duncan and Mcguinty ride off into the sunset soon to be followed by the rest of this govt ......

How about this Mr.

How about this Mr. Godfrey...why don't we put slot machines in every post office across Ontario? That way nobody has to drive too far. Give the contract to Larry Tannenbaum and give him 50% of the take. That way everyone in Ontario has a chance to contribute to the Godfrey-Tannenbaum family trust.

Is anyone else thinking that they are just thumbing their collective noses at us? Just because they have unlimited funds to spend of proposals and advertising etc. ABSOLUTE POWER CORRUPTS ABSOLUTELY.

The Premier stands in Parliament and says that she has always maintained that the Liberals support the Municipal governments to make their own decisions so referendums are not necessary. Really?