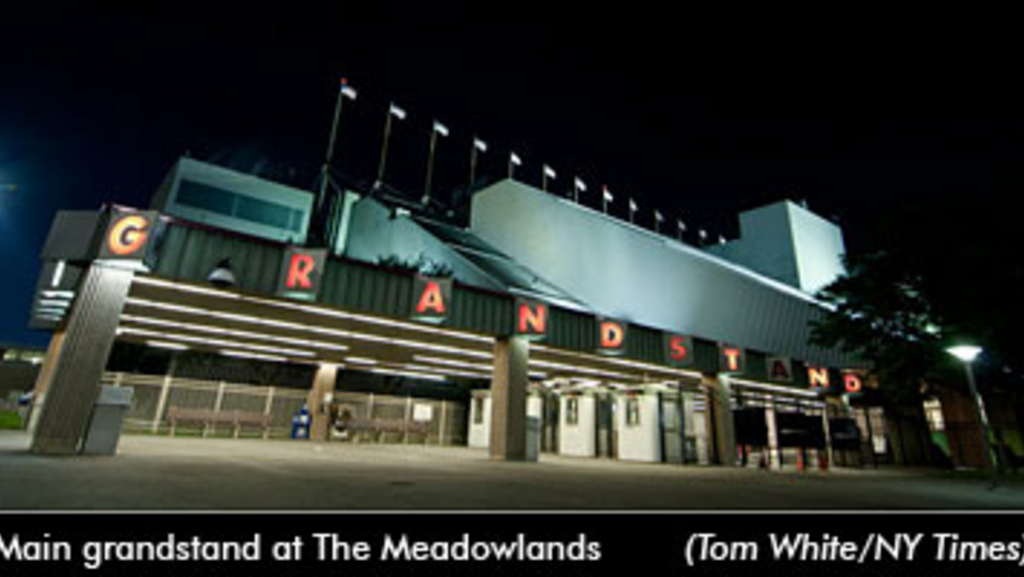 , with the signing of a 30-year contract for the operation of the Meadowlands harness racing track, and an agreement to continue thoroughbred racing at Monmouth Park in 2012.

Both developments further the Governor’s commitment to end subsidies of racing purses while furthering his effort to have private-sector operators assume control at both venues.

New York real estate developer and horse racing entrepreneur Jeffrey Gural today followed through on an earlier memorandum of understanding with the New Jersey Sports and Exposition Authority (NJSEA) and signed a long-term lease for the Meadowlands venue.

Earlier, the New Jersey Thoroughbred Horsemen’s Association and the NJSEA signed an agreement to run a full schedule of race days at Monmouth Park for 2012.

“This has been an arduous process but one that I believe was necessary to ensure uninterrupted racing at Monmouth Park and the Meadowlands. At the same time, we are protecting the public interest and preserving jobs at both venues and in New Jersey’s equine industry,” said Governor Christie. “Our transition to independent, privately operated horseracing facilities will continue in 2012, and I am as optimistic as ever that Monmouth Park will maintain its legacy as a premier venue for thoroughbred horseracing fans for years to come.”

With the agreement struck today between the NJSEA and the New Jersey Thoroughbred Horsemen’s Association, the NJSEA has agreed to run 141 racing days for 2012 at Monmouth Park without subsidies or enhancements to racing purses, a practice Governor Christie was determined to end at both Monmouth Park and the Meadowlands.

In addition, simulcasting, off-track wagering and account wagering will continue during the year.

Early next year, the NJSEA will continue its search for a new operator and will renew its efforts to put Monmouth Park in private hands.