Racing To Resume At Century Mile 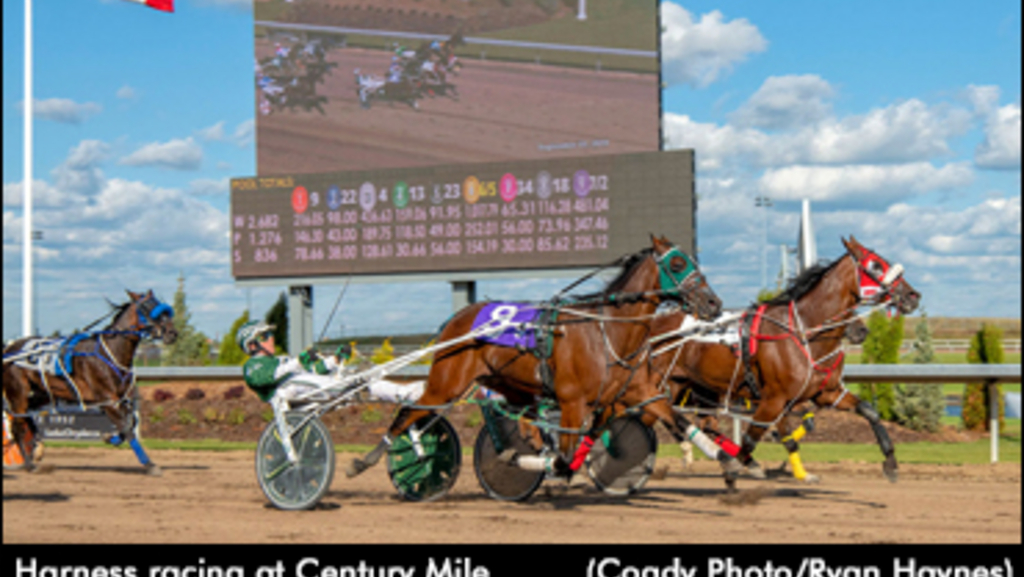 A statement from Horse Racing Alberta (HRA) has announced the resumption of live harness racing at Century Mile Racetrack and Casino.

A handful of race dates over the last two weekends had been cancelled due to an equine influenza outbreak at Century Mile. The update from HRA appears below.

After careful monitoring and daily inspection of our equine athletes, Horse Racing Alberta in co-operation with Century Mile and the Alberta Standardbred Horse Association are pleased to announce the following.

The Official Veterinarian has recommended the quarantine at Century Mile be lifted immediately.

The qualifying period for Alberta horses has been extended from 45 days to 60 days until the end of December 2021. Century Mile will be accepting entries on Tuesday, Dec. 7. Upcoming live race days to be announced.

Horse Racing Alberta would like to thank all the trainers, veterinarians, staff at Century Mile and the Alberta Standardbred Horse Association for their collaboration and cooperation.

(With files from HRA)

Thanks, Jeff! You're the

Thanks, Jeff! You're the Hollywood Heyden of Canada!!

Hey Mike, in this note an

Hey Mike, in this note an updated proposed stakes schedule was posted:

Alberta Standardbred Horse Association has recommended the following changes to the racing schedule:

The Western Canada Pacing Derby, Century's signature race, was originally scheduled for 12/4, with the eliminations, if necessary, on 11/27. If the race is going to be held in 2021, the track needs to act now. I don't think the it can be held in Jan, since it's always been a race for 3yo's.