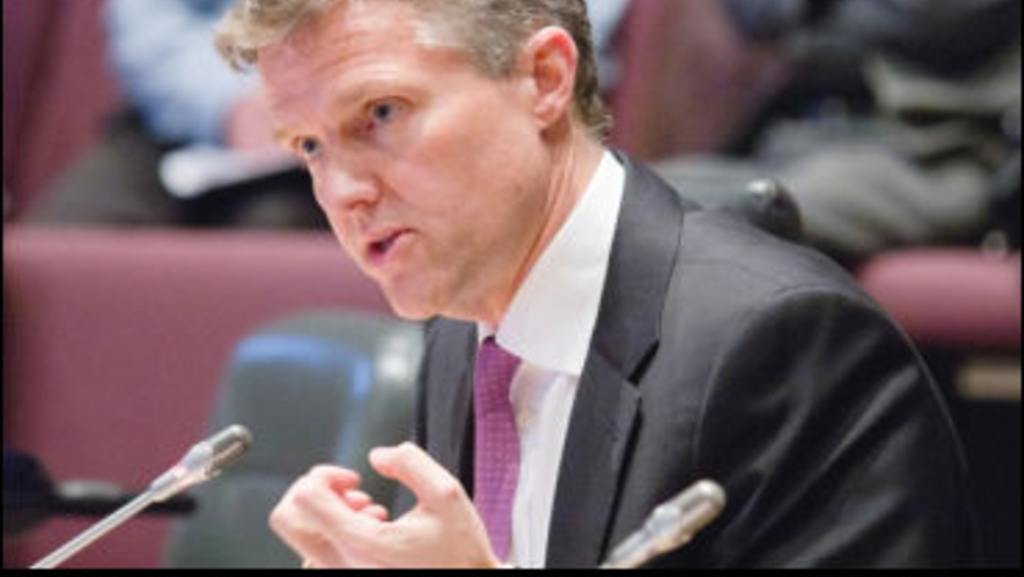 On Tuesday, October 2 in front of a packed house, an Ottawa City Council committee made the recommendation that Ottawa declare itself a willing host municipality for a full-blown casino under the Ontario Lottery and Gaming Corp.'s controversial gaming modernization plan.

A report by the Ottawa Citizen explains that Ottawa Mayor Jim Watson said that the city still has options and that the move is only a preliminary step in the process at this point. “We have an option to say 'no' down the road. To say no at this stage would be irresponsible.”

Members of the community, including pro-horse racing reps and those opposed to casino expansion, made their presence felt during the proceedings. City Councillors opposed to urban casino expansion also let their feelings be known.

Riverview Park Community representative Kris Nanda was quoted as saying, “Casinos are seen as an easy solution for cities that are dying,” adding that they tend to be “a quick fix with long term consequences that outweigh the benefits.”

The article also explains that the committee’s recommendation will be considered at city council meeting next Wednesday (October 10).

Liam Mooney, representing the anti-casino group 'A Better Bet,' called out the OLG for pushing casino expansion on pressured municipalities. He also called for the process to be slowed down so the issue can be examined at a normal pace. “This is a process that has been set up for one result and one result only,” he stated, adding later that “this matters to people. You need to consider what people are saying. What if this is wrong for Ottawa?”

(With files from Ottawa Citizen)

• Watson Motion In Favour Of RCR?
• Temperature Heats Up Before Ottawa Meeting
• Details On Public OLG/Municipal Casino Meetings
• Watson Turns Back On Racing In Ottawa

Every city should already

Every city should already know that casino's have virtually no redeaming qualities what so ever. They are essentially a huge tax on a local economy, sucking the life out of anything of value. These are not value added entities like most other industry. One only has to look at the rhetoric used to coerce Toronto. The OLG now has the job numbers up to 12500 with the casino only representing 10% of the whole project. Please. Talk about inflation. Its clear the OLG is taking a do or say anything approach to get their foot in the door. After that its too late. Look around at virtually any jurisdiction(windsor) to realize the casino reality doesn't match the rhetoric in relation to economic spin off. Its that simple Ottawa.

Kathy: The Ottawa Citizen reported that the OLG will not pre- qualify Rideau-Carlton and that, if they do want to apply, they must join with an experienced gambling operator.

Ottawa is My Capital city! I

Ottawa is My Capital city! I believe that every Canadian citizen must be given a vote on allowing a casino in our capital city. When is the referendum scheduled?

Ottawa we want to let you

Ottawa we want to let you know from the Quebec side that we love to spend money on Rideau Carleton facilities because we love horse races. Without that do you imagine people will go there to play in the machines??? Somebody figure there is a lot of Quebec peoples in Gatineau area keep going AT RCR because of the horses!!!!!!??????

You fail to report that

You fail to report that Ottawa city council did pass a motion stating that the city of Ottawa's support in principal for becoming a "host city" for gaming entertainment centers include the following:

1. That the city of Ottawa strongly encourages the Ontario Lottery and Gaming Corporation establish a Request for Proposal process that is fair, transparent, open and competetive and which provides all proponents, including the Rideau Carleton Raceway, an opportunity to compete within a level playing field; and

2. That the Ontario Lottery and Gaming Corporation consider providing an opportunity for the Rideau Carleton Raceway to be pre-qualified to take part in the final bidding process, given their strong record of success in the Ottawa region.

Phillips gave a masterful sales pitch, the only trouble being that he either outright lied or misrepresented the facts on at least four occasions. It is apparent that the OLG will say or do anything to get their casinos, even if it means sleeping with the devil. Horse racing will only survive if it severs all ties with the OLG and becomes an independent part of the gambling strategy for Ontario. The corruption of the OLG will be their ultimate downfall and the racing industry needs to put as much distance as it can between itself and the coming disaster.