Watson Turns Back On Racing In Ottawa 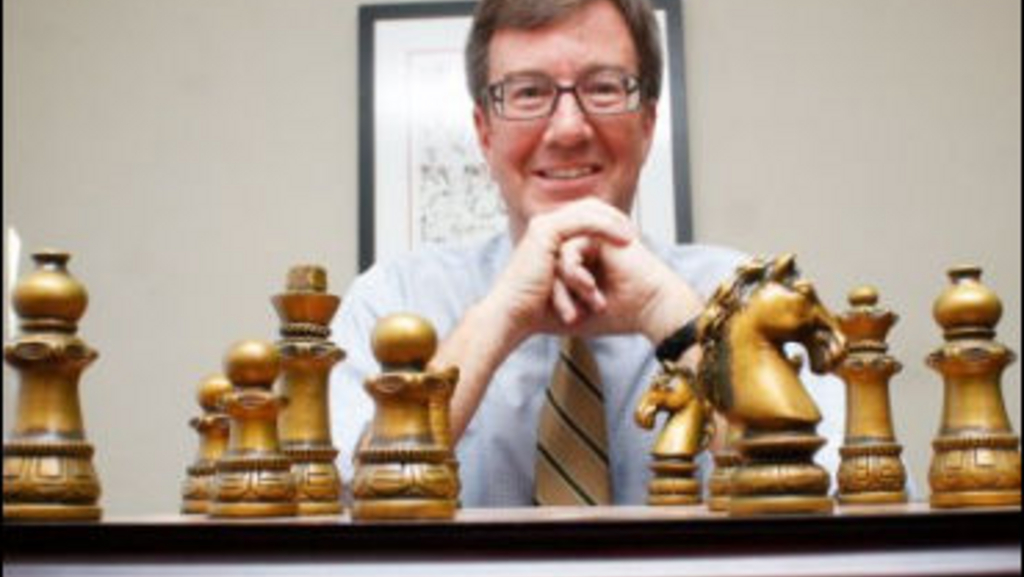 Tuesday, October 2 is an important date for the local horse-racing industry in the Ottawa region, as that will be the evening in which an Ottawa City Council committee will hear public feedback on the casino Mayor Jim Watson is now closer to backing for the city.

In a letter issued to members of the Ottawa City Council, Watson explained, going forward, what the process which could lead to an Ottawa casino will be like. He outlined a two-step process, the first process of which will begin October 2 at the Finance and Economic Development Committee (FEDCO) meeting.

"At this time we would consider the staff report, to be released on September 25, which includes a direction to staff to look at economic benefits of a gaming facility," wrote Watson, who went on to explains that City Council could then approve the staff report by October 10.

If the report is approved on October 10, Watson would then turn around and inform the Ontario Lottery and Gaming Corp. that the City of Ottawa is a willing host community for the introduction of a casino within its borders. The second stage of the two-part process would then take place in 2013, when the OLG would present its 'prospective proponent' and location for the casino.

Continuing to explain the process, Watson's letter states that after the city is approached by the OLG in 2013, the topic would again be addressed with the public via 'public delegations.'

After having been a solid and loyal revenue producer in the area for years and years, Rideau Carleton Raceway would take a massive hit if the OLG is able to succeed in getting a casino erected in Ottawa.

In reply to This is the short-sighted by Lynne Magee

I am embarrassed at the lack

I am embarrassed at the lack of courage and conviction the people of the horse racing industry has demonstrated regarding saving this industry. I thought we were strong people who stand up for our beliefs.

Why does it take a 10 year old girl with a new groom's licence to show the courage and be the voice of our entire industry?

Senator Runciman and Dennis Mills have stuck their necks out and put their reputations on the line to save our industry.
Reportedly the horse and related industries have 30,000 to 60,000 jobs on the line......where are your voices???

McGuinty had the nerve to show up in our backyard of Roseville at the International Plowing Match. Where were the demonstrators (horse people) to ask the tough questions and demand answers?

Every day that goes by without any resistance to this casino plan, is one day closer to it becoming a reality and the demise of the horse-racing industry and rural Ontario.

Make no mistake, this OLG (Ontario Liberal Government)casino plan is only about personal greed and selling off valuable public assets for personal financial gain. The horse racing industry (Liberals view us as stupid Country hicks)is simply collateral damage. The Slots At Racetracks Program has been hugely successful for the government. However it is in the way of the OLG-Liberal master casino plan to sell our identity to huge American Casino Corporations.

Representatives from the Ontario Lottery and Gaming Corp. will be
present at the below meetings. It is all pretense for caring about your opinion, when in reality they are using these meetings to avoid the necessity of a referendum which would slow the process down and allow the public to get to the truth of their real intentions. The OLG has embellished job creation and financial projections to support their casino modernization plan. This would be revealed with the extra time a referendum would allow for public scrutiny.

Now is the time to act. The government-appointed panel is not on our side.
The only result that will save us, is to save the Slots At Racetrack Program.
Go to the meetings and represent out industry and the tax payers of Ontario.
This casino plan must not happen! Ask the tough questions and demand the truth.

Horsemen and horsewomen are the lifeblood of rural Ontario and our history is the foundation of our province's success.
Let's demonstrate to the country our fighting spirit and in doing so we might just save the province from the evil that is our current provincial government.

This is the short-sighted

This is the short-sighted thinking that we've been hearing from Duncan, McGuinty and Godfrey. Mr. Watson is obviously part of the clan and has been brainwashed - like the others - by a higher power---the casino owners who appear to be orchestrating this entire scheme to move into Ontario at the expense of the current SARP and horse racing that has worked so well for the last fourteen years. Is there going to be a demonstation on Oct. 2nd in Ottawa?

Has all the marks of insider

Has all the marks of insider trading and,conflict of interest to me !!

It is good business to have a

It is good business to have a casino in the Ottawa area. Rideau Carleton raceway is the ideal place to have such a casino, along with horse racing of course. How much money did the residents of Ottawa leave in the Lac Lemay casino? The money lost in Hull, would of help the city of Ottawa. It is time that the mayor wakes up to the fact that, Ottawa residents are spending their money in another province. Every racetrack in Ontario should be host to a Casino solely to help the horse racing industry survive.

Mr Mayor,
Ottawa already has a casino. You've collected 40 Million dollars from it in the last 10 years so you should know that.
The legal drinking age and gambling age is 18 in Quebec and 19 in Ontario do you plan on re-patriating those Ontarian's too?
See you next Tuesday at City Hall.

No mention of saving the

No mention of saving the horse racing industry here. He is just telling the public this is the way its going to happen so get ready.He says his staff is looking at the economic benefits of a casino but not the pitfalls of ending SAR(unemployment, welfare,mortgage defaults etc) October 2 FEDCO meeting should be attended by all horsemen who race at Rideau at all costs because this is your one and only chance you have to voice your opinion, this is as close as we will get to a referendum and the Mayor is already against us.OHHA reps for that area need to get that message out, if your job is at stake be there. The same goes for the Flamboro horsemen as city council is trying to save horse racing,they have not set a date for their public input yet, but we must attend and point out ALL the shortcomings of ending SAR not only to us but to themselves as well. Does Mayor Watson think 2 casinos can survive 6 kms apart?

Not a surprise.... Ottawa is

Ottawa is falling apart and fast, and every ounce of revenue that goes to Lac-Lemy in Hull, that is from Ottawa citizens, is tax money that does not help the City of Ottawa.

Wow, what a surprise!!!! But AGAIN, no noise from the industry. I guess the trainers, drivers and grooms all found jobs or they would be at City Hall every day to let the Mayor know how many jobs will be affected, right?

Big Surprise!! As McGuinty's former minister of consumer and business services in 2003, minister of health in 2005, and minister of municipal affairs and housing in 2007, Mayor Watson has a long history with McGuinty. I question if he has the objectivity to deal with this question in Ottawa without prejudice. Perhaps he should excuse himself from lobbying his council members and voting on this issue. Seems like an obvious conflict of interest to me.