Temperature Heats Up Before Ottawa Meeting 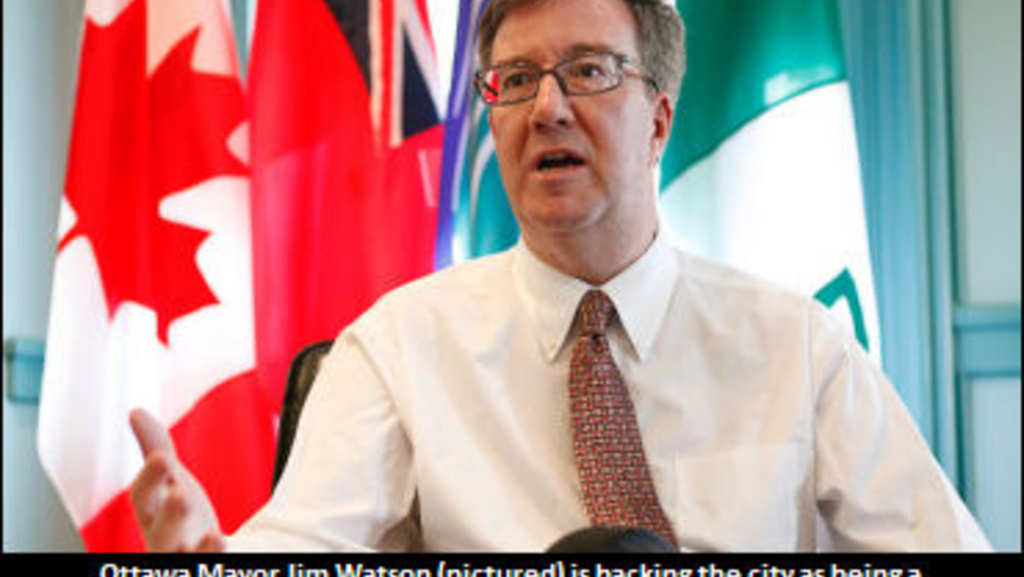 On Tuesday, October 2, Ottawa City Council will be listening to the public's feelings regarding the possibility of full-blown casino gaming being introduced to the city's urban quarters. In advance of the session and the subsequent council vote, which is to take place later that day, the National Capital Region Harness Horse Association has taken out a full-page ad in a local paper to get its point across.

The NCRHHA, which represents local individuals that compete at Rideau Carleton Raceway, ran its ad in the Sunday edition of the Ottawa Sun, asking those who are against a new casino to call their councillor and tell them they “oppose making downtown Ottawa look more like downtown Las Vegas.”

The NCRHHA also informing the public about the situation through the website unluckyottawa.ca.

As it has been in every area affected by the Ontario Lottery and Gaming Corp.'s gaming modernization plan, the polarizing issue has caused a great deal of debate amongst individuals on both sides of the topic.

Progressive Conservative MPP Lisa MacLeod has been a strong proponent of the slots-at-racetracks program, and has gone to bat for the industry in the Ontario Legislature with her private members motion. She recently got into a heated back-and-forth on Twitter about the controversial topic with Ottawa Mayor Jim Watson, who is backing the idea of Ottawa being a willing host to an urban casino expansion.

Macleod has since issued an open letter to her followers that encourages them to contact Ontario Auditor Jim McCarter in regard to the review of the OLG; Liberal Government House Leader John Milloy to call for the third reading of Monte McNaughton's bill regarding mandatory referendums prior to casino decisions; and to Ottawa Mayor Jim Watson in order for there to be a transparent and fair process before a decision is made in regard to a casino in urban Ottawa.

The complete information regarding Tuesday's public meeting appears below, followed by the contents of the NCRHHA's full-page ad in the Ottawa Sun.

Three in 5 Ottawa residents believe it is important that the government not threaten the 60,000 jobs that benefit from the Slots-at-Racetracks Program.* So why is Mayor Jim Watson helping his Toronto friends push a casino in downtown Ottawa?

Fifty-nine per cent of Ottawa residents disapprove of the government of Ontario’s plan to build more casinos.* However, that doesn’t appear to be stopping our Mayor from pressing the idea at Council this month.

Sixty-one per cent of Ottawa residents approve of expanding gaming at racetracks by adding tables such as Roulette, Blackjack and Poker.* In May 2011, Ottawa City Council voted 20-3 to allow the Rideau Carleton Raceway to add gaming tables. Now Mayor Watson is pushing to build a full-blown casino in the middle of our city.

If you oppose making downtown Ottawa look more like downtown Las Vegas, call your city councillor and tell them to vote ”NO” to a new casino in our city. Decisions about what happens in Ottawa should stay in Ottawa.

If you can't get to Ottawa

If you can't get to Ottawa City Hall tonight, here is the link to the live webcast. The OLG is scheduled for 5 pm.
http://ottawa.ca/city_hall/webcast/committee/index_en.html

I am embarrassed at the lack

I am embarrassed at the lack of courage and conviction the people of the horse racing industry have demonstrated regarding saving this industry. I thought we were strong people who stand up for our beliefs.

Why does it take a 10 year old girl with a new groom's license to show the courage and be the voice of our entire industry?

Senator Runciman and Dennis Mills have stuck their necks out and put their reputations on the line to save our industry.
Reportedly the horse and related industries have 30,000 to 60,000 jobs on the line......where are your voices???

McGuinty had the nerve to show up in our backyard of Roseville at the International Plowing Match. Where were the demonstrators (horse people) to ask the tough questions and demand answers?

Every day that goes by without any resistance to this casino plan, is one day closer to it becoming a reality and the demise of the horse-racing industry and rural Ontario.

The Slots At Racetracks Program has been hugely successful for the government. However it is in the way of the OLG-Liberal master casino plan to sell our identity to huge American Casino Corporations.

Representatives from the Ontario Lottery and Gaming Corporation will be
present at the below meetings. It is all pretense for caring about your opinion, when in reality they are using these meetings to avoid the necessity of a referendum which would slow the process down and allow the public to get to the truth of their real intentions. The OLG has embellished job creation and financial projections to support their casino modernization plan. This would be revealed with the extra time a referendum would allow for public scrutiny.

Now is the time to act. The only result that will save us is to save the Slots At Racetrack Program. Go to the meetings and represent out industry and the tax payers of Ontario. This casino plan must not happen! Ask the tough questions and demand the truth.

Horsemen and horsewomen are the lifeblood of rural Ontario and our history is the foundation of our province's success. Let's demonstrate to the country our fighting spirit and in doing so we might just save the province from the evil that is our current provincial government.

Gordon McDonald and myself

Gordon McDonald and myself will be speaking as well as a very good person representing Rideau.

I too have had the pleasure

I too have had the pleasure of heated twitters with Jim Watson. He doesn't care about the Horse Industry. His puppet strings are fine tuned. Also, he claims to sleep well even knowing that so many people's lives are being shattered by his party and the OLG. I really hope the citizens of Ottawa put him in his place. Tomorrow will be interesting. Good luck Ottawa.

Great job by the NCRHHA.

Great job by the NCRHHA. Hope they got registered to speak on Tuesday. I have sent my letter to the mayor.