Perkins: Liberal "Band-Aid Is No Cure For Horse Racing" 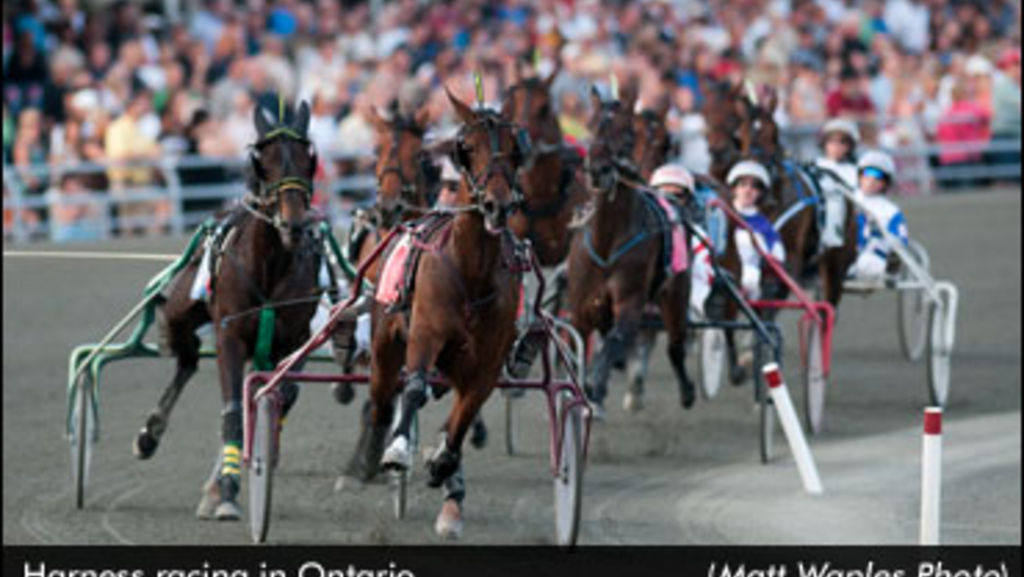 "Remember this number: 20 per cent of a successful relationship is too much for horse types, but 47 per cent for bingo owners is just right. Smart kids will be asking for bingo licences for Christmas."

Over the past year, one of the few mainstream newspaper journalists that has consistently and accurately reported on the OLG-Liberal modernization strategy with its impact on the horse racing industry is Toronto Star's Dave Perkins. In a column published late Friday, Perkins once again pointed out the inconsistencies with the ways in which the government has treated and portrayed its once-valued and lauded partner.

"After the stupid and short-sighted killing of the SAR plan, government chose a premeditatively untrue PR strategy, calling the revenue-sharing agreement a “subsidy” when it clearly wasn’t," noted Perkins in his Star column. "Now? You guessed it: With these “transition” payments, the province finally is subsidizing horse racing."

Perkins was one of the media in attendance for Thursday's press conference at Woodbine, a conference that he feels created just as many questions as answers with many unknowns on the financial side.

"Financial details are hidden, naturally, even though these two years of so-called 'transition payments' are taxpayers’ money."

No doubt that the industry is

No doubt that the industry is in a fragile state today and this 2 year extention does not give me sufficient confidence to invest further now that it is officially a subsidy. How can breeders and especially foreign investment keep on functionning in Ontario with a 2 year mandate is beyond me. The liberals just keep on making decisions that proves that they know very little about the industry or understanding it.

Hay people take a look at

Hay people take a look at what happened in Quebec, the Gouvernment destroyed the horse racing bussness and opened BINGO HALLS, it was alright for a few years, but now the bingo halls have reduced their operating days because they are not getting the crowds anymore and they cost to much to operate, my medical taxes have increased over 25% in hidden taxes, while inflation rose 1.8%, my pension rose 0.12%. YOU PEOPLE ARE THE GOUVERNMENT, do not let these PAWNS ruin WHAT HAS BEEN A profitable deal both for gouvernment and agricultural and the tax payers by letting these GREEDY AND CHOSEN FEW HAVE THEIR WAY, IF YOU DO NOT STOP THEM, you the tax payers and agricultural people (everyone involved in horses), will pay the price down the road. 40-50 years ago you could count on the people running the country, not anymore,CORRUPTION and GREED has made it's nest IN OUR PARLIMENT BUILDINGS, they are like VAMPIRES, they will suck the very last drop of blood out of your body. Have a good day.

In reply to Not only has Dave Perkins by Mike Stoikopoulos

This has been a war on horse

This has been a war on horse racing by the Liberals using the OLG as their vehicle of destruction. In doing so they can line their own pockets through private sector deals for fire-selling Ontario's casinos and bingo sites.

If you watched the Liberal leadership convention coverage today you would have heard ex-finance minister Dwight Duncan inexplicably go out of his way twice to comment that horse racing cannot continue to be supported. With everything that is wrong with this province why would he now focus on horse racing? Does Duncan and McGuinty have a financial stake in the demise of horse racing? YOU BET!!!

Ending the SAR program was

Ending the SAR program was killing the goose that laid the golden egg.The responsiblity for this has to rest with Godfrey, Phillips. MuGuinty,and Duncan.It is easy in life to destroy things, and when you target a industry that is trying to hang on it is even easier. Many owners and breeders myself included,are just in it as a hobby we lose money but enjoy the sport,however when we are told that we are not wanted we close shop.This kick in the gut will result in many giving up.The downsizing of the industry will mean the survivors will have to pay more in fee and services.The only answer is a full return to the SAR program.At least we dont have the horse holocost on our hands like the afore mentioned, to have to slaughter the noble animals is unforgivable.

Not only has Dave Perkins

Not only has Dave Perkins championed our collective cause in the Star, I would suspect that a discussion with radio host Bob McCowan may have taken place to shine a little light on the matter.

McCowan, for his part sounded sympathetic in his Thursday afternoon discusssion with Sue Leslie, identifying the true culprit as one Paul Godfrey.

Now if we can only get Perkins to talk about it on McCowan's radio program -the "most listened to sports prgram in Canada."

As always this sports writer

As always this sports writer doesn*t waste space on pie in the sky dreams like so many others. If you want to read the truth and nothing else re. the unwarranted fiction about horseracing dictated by our? government, you*ve come to the right place. Thanks again Dave Perkins for facts and not fiction. If only the truth by people such as Dave Perkins, Darryl Kaplan, Robert Burgess and countless others were read by the uninformed, horseracing could return to it*s world class status not only in Ontario but the world! What a pity they won*t catch on to the loss till we disappear and taxes rise dramatically for everyone. Why? Besides the billion plus directly to the treasury each year from SARP and our direct expenditures of some 3 billion into the Ontario economy will be gone and no casino or bingo parlor will replace it. A crime, you bet!