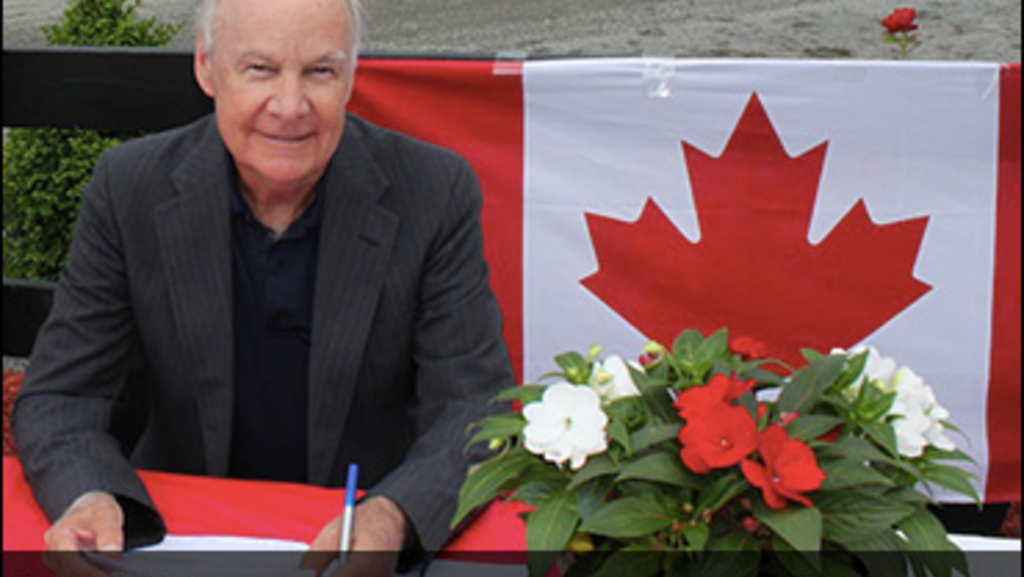 “It’s appropriate that Kawartha Downs is where it will happen as I got started announcing while I was in Peterborough playing for the Peterborough Petes,” noted Frank. “I give credit over the years being mentored by great announcers including Grant Wade, Ken LeDrew, Stan Bergstein, Jack Calvert, Marty Adler, Jack Riggs, Sam McKee, Ken Warkentin, Tom Durkin and Dan Loiselle.

“I got a great piece of advice early in my career to listen closely to what they did and add to that composite the best of what I thought I could bring to the broadcast. Simply stated though, the main ingredients of accuracy, impartiality, and a genuine passion for the game will always be the foundation.”

While Frank has kept a fairly accurate record of the races he’s called since his career began in 1974, he can’t pinpoint the exact race it will be on Kawartha’s card, so Kawartha Downs has decided to make it the fourth after which a presentation will be made to the man they call the Velvet Fog. 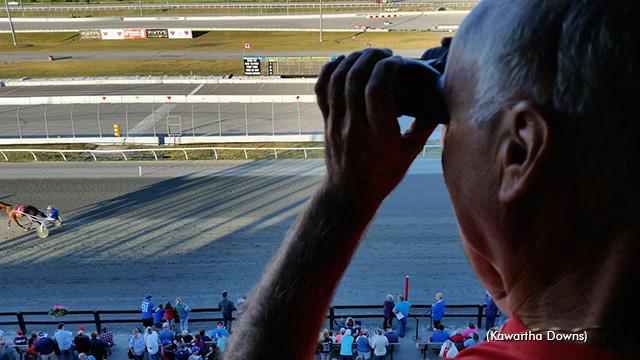 “I have had a unique vantage point to see horse racing's evolution which in the last three decades involved the rapid explosion of off-track TV broadcasting through the 1990s and the arrival of the internet just over 17 years ago,” said Salive, who has worked at many different tracks during his long tenure in the sport. His longest stint was with Woodbine Entertainment Group, followed by Western Fair and Pompano Park in Florida. He now spends his winters in the south and comes home in the summer to call at Fort Erie (and occasionally at Kawartha when regular announcer Evan Loucks is on holidays, as well as at Mohawk and Clinton).

“I’m very appreciative for all of the tracks which have hired me over the years, my career would not have been possible without them. You are as good as your last race so, for the first race at KD on Saturday night, I definitely will be investing all of the physical, emotional, and intellectual energy that I can summon as I always have and always will until my last race has crossed under the wire. It is a unique position where you are simultaneously trying to fulfill the expectations of the patrons, horsepeople, management, and TV directors.”

“We’re absolutely thrilled to have Frank celebrate this very significant milestone with us at Kawartha Downs on Saturday night,” said the track’s Marketing Director Heather MacKay. “Frank is a consummate professional. Prior to him coming to announce here earlier this year he watched the full broadcast the previous Saturday to familiarize himself with the horses, horsepeople and nightly promotions. It’s that attention to detail that makes him one of the best.”

Racing gets underway at 7:00 p.m. on Saturday night. To view the entries, click the following link: Saturday Entries - Kawartha Downs.

So good to have you back in

So good to have you back in Ontario Frank even if the Thoroughbred fans are enjoying the "Velvet Fog" more than the harness horse patrons. You know you have a standing invitation at the farm if you are up this way at all. Likely a golf game too at Listowel. You could visit Maggie and her new Mach Three filly. We would love to see you.

Congratulations Frank that's quite an accomplishment so onward to 200K. All the best Dave.