Wynne Wants Municipalities To Have Autonomy Over Casino Placement 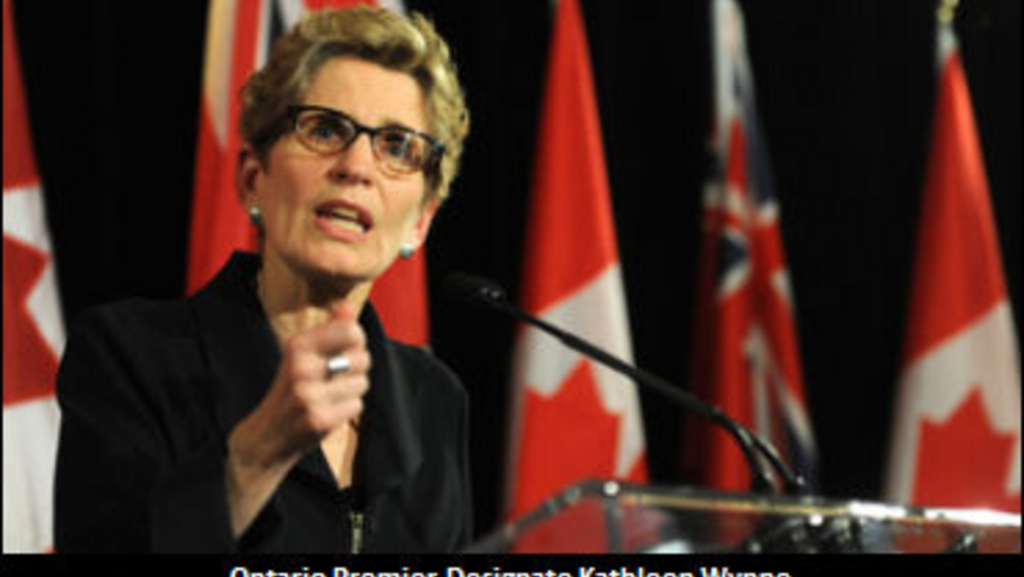 On Thursday, January 31 on CBC Radio, Kathleen Wynne, Ontario's Premier-designate, was taking calls from the public and answering questions.

Although the topic of the provincial horse-racing industry was not broached on the air, she did briefly answer a question pertaining to the Ontario Lottery and Gaming Corp.'s controversial gaming modernization plan.

Prior to her winning the recent Ontario Leadership race, Wynne went on the record as saying that, “Once I get there (become leader of the Ontario Liberal Party), we need to pick up this conversation (regarding the OLG modernization plan)," adding, "I want communities to be able to make this decision (location of casino expansion) in the way that they want to make it.”

According to the report, Wynne said she would “absolutely” back Hamilton if the decision was made to locate a casino at Flamboro Downs.

“Hamilton made that decision,” said Wynne. “That’s what I’m saying. The OLG would have to live with that.”

While on the campaign trail last week, Wynne said she would review the OLG's controversial gaming modernization plan and would consider pressing the pause button on the process.

When discussing the modernization issue during the one-hour call in show with host Kathleen Petty, Wynne reitterated that the OLG will first have to make its business case to municipalities for casino expansion and then allow the municipalities to make their decision.

"I think that depending on where a casino is placed there are different arguments that can be made for the efficacy of those businesses," Wynne said. "But my responsibility as Premier will be to make sure that the OLG is making its business case and then allowing municipalities to make their decision, because those business cases differ depending on where we are talking about placing a casino. I want municipalities to have autonomy over that placement."

There's your Liberal statement on the future of horse racing. The OLG modernization plan cannot be completed without the elimination of harness racing in Ontario. This would complete the full transference of horse racing wagering dollars to slot machine dollars.
Kathleen Wynne was part of the McGuinty power structure during all of these scandals and fully supported their decisions.
If Horwath and Hudak do not force a provincial election at the first available opportunity, they should be forced to step down as party leaders.
This corrupt Liberal government must be forced out for our province to start healing.
As far as WynnGuinty speaking for Ontario regarding not wanting a provincial election, I can speak on behalf of all Ontarians by saying WE DEMAND AN ELECTION asap!!!
The few million that it would cost for a provincial election is viewed as a financial investment considering the next billion in Liberal scandal/Ontario tax-payer money is just around the corner.

For the life of me I can't

For the life of me I can't understand why no Liberal will make a statement on the future of horse racing. New York is touting the benifits of their racinos and that the horse racing industry is contributing, above and beyond the expectations financially to the entire rural economy of the state. That includes education & health care. They modelled their racinos after Ontario's SAR which also contributed above and beyond all expectations.
With most cities refusing to have a casino in their downtown, WHY don't all the tracks get together and realize that the OLG needs them more then they need the OLG. The Liberals will not give up the 1.5 billion in revenue that SAR produces annually if the tracks insist that they supply monies for the future of racing or close their doors on March 31. At the very least they could force the issue for a few, very important years. In this extra time the horse racing industry could try to reinvent itself and the breeders might have a chance to either sell,get out or move their opperations to where they are welcome.

I'm sensing there is a

I'm sensing there is a distinct disconnect between Godfrey's attempts at empire building and the new Premier's thoughts on how that empire should be constructed.