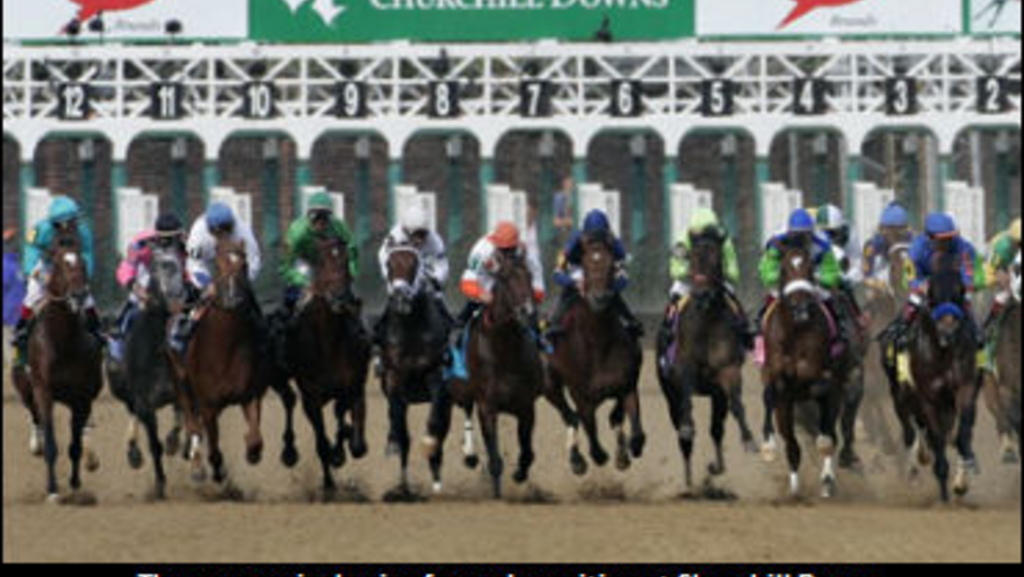 Following the release of a comprehensive report by consulting firm McKinsey & Company, The Jockey Club has announced a multi-million-dollar, nine-part plan for the betterment of thoroughbred horse racing and

The recommendations, released during a round-table conference in Saratoga Springs, NY, stem from the report titled 'Driving Sustainable Growth for Thoroughbred Racing and Breeding.'

According to the Daily Racing Form, The Jockey Club will commit approximately $10 million over five years to the projects, including the costs of the initial report. The projects will be funded, on the recommendation of the McKinsey report, in an attempt to reverse an erosion of racing’s fan base.

The comprehensive study, which began earlier this year, considered 600,000 races over 11 years and included about 1,800 interviews.

Two of the areas the study did not make any major recommendations on were the issues of takeout and the on-track experience.

According to the Daily Racing Form, “the report did not offer any recommendations for improving the on-track racing experience, aside from citing a litany of complaints offered by survey respondents about their negative experiences at the track, with the top three complaints being dirty bathrooms, poorly maintained facilities, and low-quality food and beverage service.”

On takeout, the report acknowledged that 26 per cent of core bettors consider pari-mutuel takeout a “top-two concern,” but that fewer than 2 per cent of most fans know about takeout.

The Jockey Club hired McKinsey after major declines the past three years in handle, yearling prices, and the size of the foal crop. The report’s recommendations were largely focused on small measures that could help stall the slides. The report acknowledged that “capital constraints” facing the industry’s racetracks eliminated the likelihood of more expensive undertakings such as large-scale improvements to racing facilities or national marketing campaigns.

The report’s authors, Dan Singer and Mike Lamb, contended that racing’s low visibility among the general public was related in part to the sport’s television coverage, citing a decline in the number of national television broadcast hours from 175 in 2003 to 43 in 2010.

Because of the recommendation, the Jockey Club said it was exploring a number of ideas for a television series in 2012, ranging from a reality-type show to a series of televised races.

According to the study, thoroughbred racing suffered a wagering drop of 37 per cent in the past decade, as well as a 30 per cent decline in attendance.

The study authors claim that if the industry were to continue going at its current pace, it would see a 25 per cent drop in total wagers over the next decade, as much as an 18 per cent decline in foal crop (next year’s is projected to be the smallest since 1971) and a 50 per cent increase in owner losses.

I have to agree with Glenn

I have to agree with Glenn mainly because our industry on PEI has gone through all of this and the single biggest factor in the growth - yes growth - of attendance and handle at our two tracks is the improvement in facilities. That being said there is still a lot of work to do in the way of reducing takeout, broadening our access to the wagering public and providing worthwhile rewards to our core customers based on their wagering profiles.

The presentation of our racing product to the live audience and to the online viewers has to be professional in all respects as well and anyone who tunes into the Red Shores webcasts can see that PEI racing takes a back seat to no one in that respect.

This is a great report to

This is a great report to increase awareness and interest in horse racing and the many areas that need to be improved to get these occasional customers to attend the races a few more times every year. This will have a meaningful effect on attendance but a marginal effect on the handle. The authors of this report have dismissed takeout as being important because" only 2 percent of most fans know about takeout".

I work in a business where the 80/20 rule is very prevelant and horse racing wagering is exactly the same despite what the authors of this report appear to be implying. The 80 / 20 rule is simply that 80 percent of your business comes from 20 percent of your customers. I would bet a lot of money that the 26 percent of hardcore bettors represent a lot more of the revenue to the racetracks and racing industry than the 98 percent of the occasional visitors who don't care about the pari-mutuel takeout.

The racing industry leaders should be subjected to watching Ally bank commercials for 24 hours straight until they get the message. The commercials depict little kids get treated badly because they are already customers with new customers getting incentives like horses and ice cream to become customers. I am discouraged because I am a member of the 80/ 20 racing industry club and continue to see money being spent on ways to attract new customers and reports that will lead us to the promised land while we continue to treat our long tern hard core clients as gambling derelicts who will stay no matter how bad we treat them.