SC Rewind: Tragedy At The Track 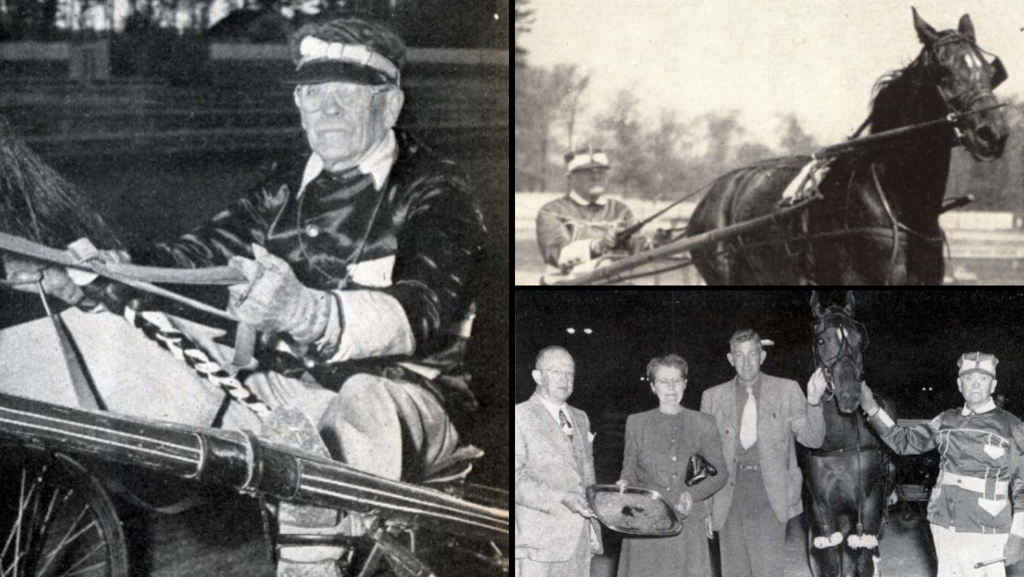 In this week's edition of Rewind,  Robert Smith delves into the archives to recall a sad and tragic event from nearly 70 years ago when a then well-known Canadian harness horseman lost his life in a racing accident at one of the small town tracks in Central Ontario.

As dangerous as harness racing is with horses travelling at well over 30 miles per hour and maneuvering in tight spaces, relatively few serious accidents and thankfully a small number of deaths  have occurred throughout history when the number of miles travelled is considered.  We of course remember the ones who did die because of the sadness and shock that surrounds a death.  The memory of losing people like Shelly Goudreau,  Wilbert Hopkins and Billy Haughton never seems to fade despite the passing years. 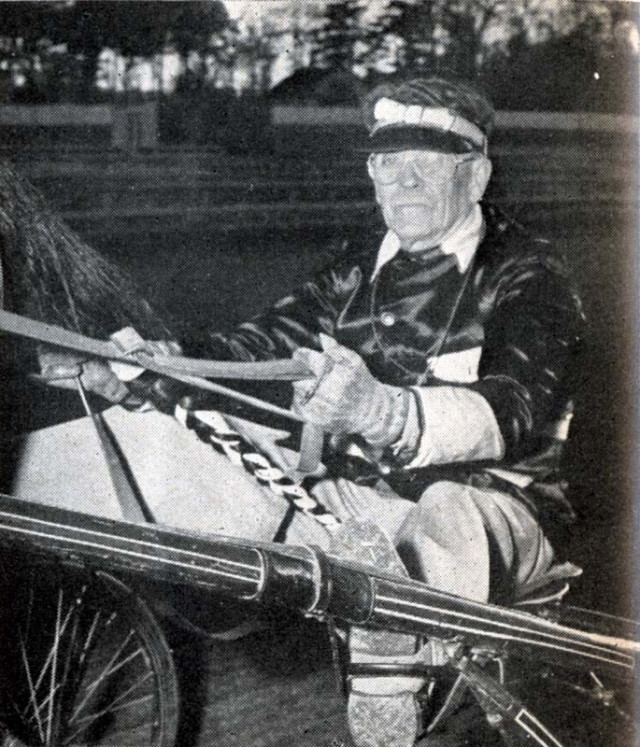 Veteran horseman Harry Fields is shown with a stable member at Buffalo Raceway in this 1948 photo.  Mr. Fields lost his life in a racing accident at the old Stratford, Ont. track in 1953.  He was a true veteran of the racing wars and had distinguished himself as a top trainer and driver for many years on both sides of the border.  He was 71 years of age at the time of his untimely and sad passing  (Harness Horse photo) 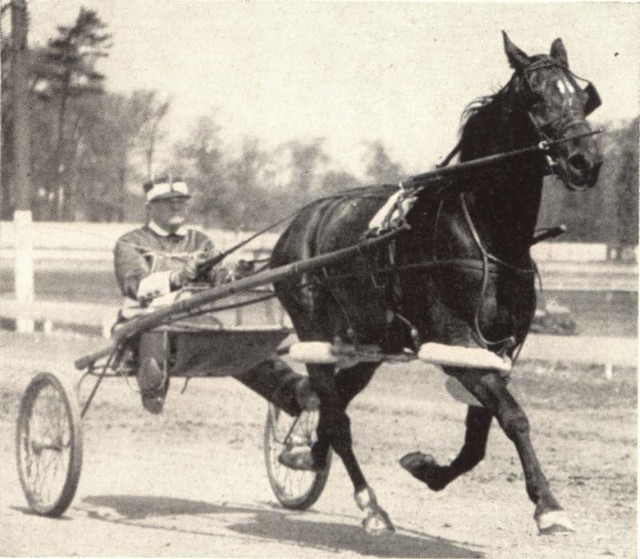 Harry Fields trains Miss Gay Lady,  a member of his public stable.  For many years he raced on the Buffalo - Batavia circuit during the summer months. Prior to his move to racing mainly in the U.S., Mr. Fields raced at a lot of Canadian tracks and handled some of the top horses in the sport.  (Harness Horse photo) 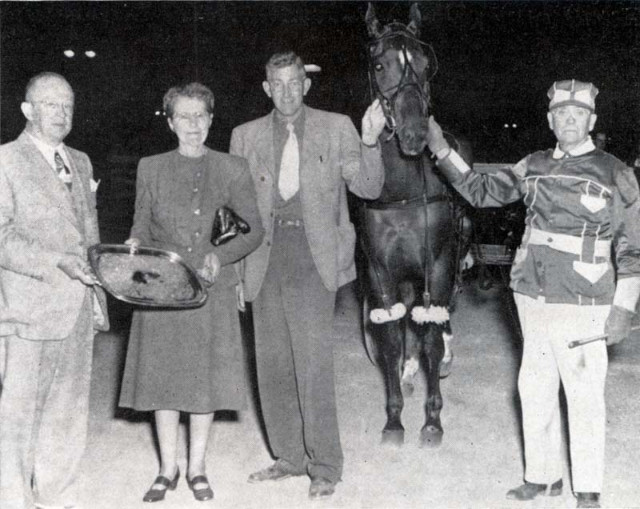 In this 1948 photo Edward Jerge of Buffalo, owner of Miss Gay Lady, winner of the William J. Tillner Memorial Pace, is shown receiving a silver plate from Mrs. Tillner at Batavia Downs, Batavia, N.Y.  In winning, Miss Gay Lady paced the mile in 2:07 3/5. Holding the winner is John A. Maas, general manager of Batavia Downs, and Harry Fields, driver is on the far right (Harness Horse photo)

The following account of Mr. Fields' death as it appeared in the Harness Horse magazine back in 1953.

Stratford, Ontario, August 3, 1953 -The veteran Canadian reinsman, Harry W. Field, was fatally injured in a race track accident today when he was thrown from the sulky on the backstretch while driving the three-year-old pacer Nifty Marjorie Lee in a stake event. His mount stumbled and fell, flipping over the sulky, and the 71-year-old horseman was catapulted 20 feet down the track, where two trailing horses ran over him. His skull was fractured by a flying hoof and Mr. Field died shortly after arrival at the Stratford Hospital. The filly suffered a broken back and had to be destroyed.

One of the most widely known and best respected trainers across the border, Harry Field had raced a stable for over 40 years and was presently training out of Caledonia. His home was at 145 Walton Avenue, Hamilton, Ontario. He drove his first race at 16, but left the racing game for a period of several years, during which he was a successful real estate salesman in Hamilton. The pull of the sport was too much, though, and he returned to his first love, the trotters and pacers. A capable horseman and a fine driver, his passing is a sad loss to Canadian racing. 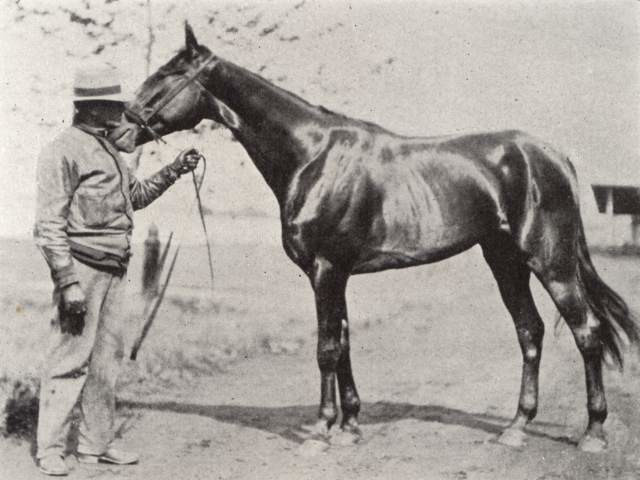 Mr. Fields is pictured above with Ingomar Grattan, a member of the Vic Fleming stable taken in 1931.  At that time Harry Fields was a trainer in the prestigious Fleming stable which campaigned on the U.S. Grand Circuit.  It would have been quite an experience to work with the calibre of horses that were racing out of the Fleming barn.  (Photo from Trotter and Pacer)

I have had a number of conversations over the years about this sad day in Canadian harness racing;  a few of the people I have spoken with have personal memories.  Among them was the late Jack Herbert who drove Clark Herbert, the winner of the race that Mr. Fields lost his life in.  Another driver who saw it all first hand was Bud Gibson who also drove in that same race.  He was driving a horse called Billy Deluxe that was the subject of a Rewind a few years ago.  The late Ron McGee from Goderich told me he remembered being there as a teenager and recalled how everyone was cautioned to stay away from becoming "sightseers" and the stable area was immediately sealed off.

Another interesting topic for discussion about today's subject was Mr. Field's surname.  While he was known as "Fields" throughout his lifetime,  some members of his extended family were known as "Field".  Many years ago I talked to a gentleman named Dick Field of Binbrook,  well known in yesteryears around Southern Ontario tracks.  I believe Dick's father and Harry were brothers.  Dick's son Doug and his daughter Donna (Field) Degrow are also long time participants in the sport.   He said that his uncle Harry had stopped to visit his father on that fateful day and mentioned that he was giving up driving and planned to just train horses in the near future.

Quote For The Week: "Shaking your head sideways is never as good as up and down." - Heard on the Golf Channel 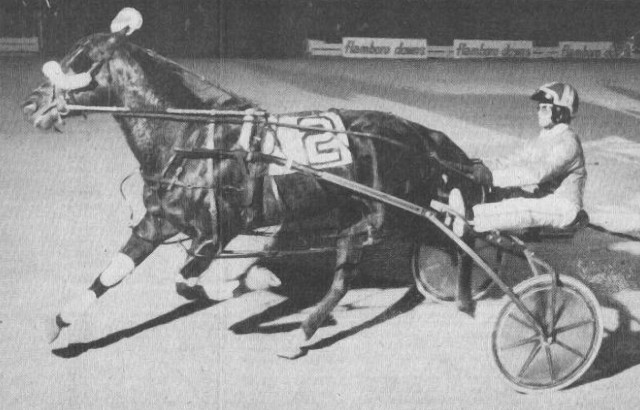 Who is this fellow who once did a lot of driving? A small clue is that he now restricts his activities to training. (the Standardbred photo) 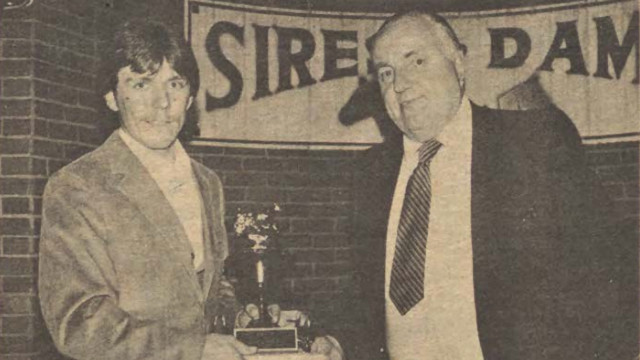 Can you identify this young lad on the left? He was no stranger to receiving awards for his driving skills.  This one was taken quite early in his career. (Photo courtesy of Northeast Harness News) 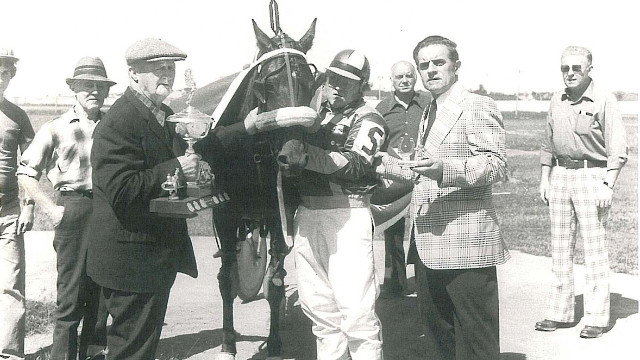 Can anyone identify any of the folks in this picture? It arrived at my email address apparently related to Old Home Week in P.E.I.  Unfortunately, as clear as the picture is, I don't know the identities of anyone.  For starters it looks like the driver may very well have had a last name that started with "S" (or perhaps he was wearing a jacket that belonged to another driver). 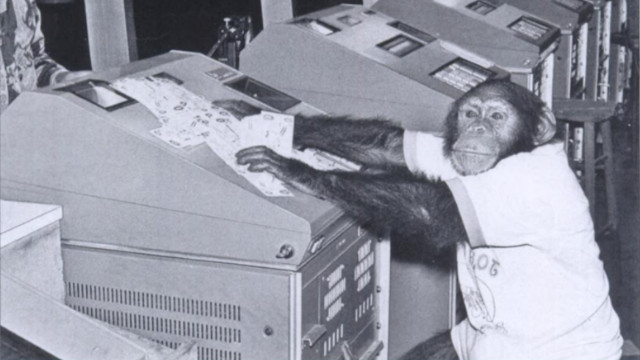 Has anyone ever had the misfortune to receive the wrong ticket from a clerk in the mutuels? Did the seller look anything like this kindly fellow? Life Behind The Ticket Booth, a recent article on the SC website, prompted me to take this picture out of the archives.

The correct answers for this week's pictures were as follows:

Who Is It? - The driver pictured was Tim Twaddle at Flamboro Downs. Now headquartered in Pennsylvania I believe, he was back "home" for the recent Pepsi NA Cup.
Who Else Is It? - A very young Walter Case Jr. receiving one of his first driving awards.
Mystery Photo? - It looks like we found a knowledgeable picture identifier. Thanks to Alan Sherren, who was the owner and driver in the picture. Lornes Fastway, a son of Fastway -Beverly Lee , had a productive campaign that year. He had 46 starts with 12 wins, 6 seconds and 7 times third, good for earnings of $3,488. This picture was taken at Summerside, P.E.I. Thanks so much for responding. See his comment for details of the people in the picture.
Blast From The Past - No response was requested and thankfully no one suggested any "look alikes."

PS - I believe I neglected to mention that Nifty Marjorie Lee, the horse Harry Fields was driving in this week's story, was owned and trained by Leonard Overholt of Goderich, Ont. In later years he worked for the Max Webster stable and also for Bill Wellwood and probably others.
Thanks as always for your participation.

Left to right: Stephen Harris. Lorne Ferguson is the breeder. Not sure who the next man was. Horse is Lornes Fastway. Driver is Alan Sherren. Bob Dewar. Not sure the next man. Elgin Vino. It was the Sam Grady Memorial, July 1, 1975

Who is it Tim Twaddle Who…

Blast from the Past

Willing to bet that many people who lost their bets say they gave me the wrong ticket after their horse lost. Just trying to heal their wounds?

Tim Twaddle, Casey. Thanks Robert! Actually Robert the main reason I retired early was that things like you mentioned were always in the back of my mind.