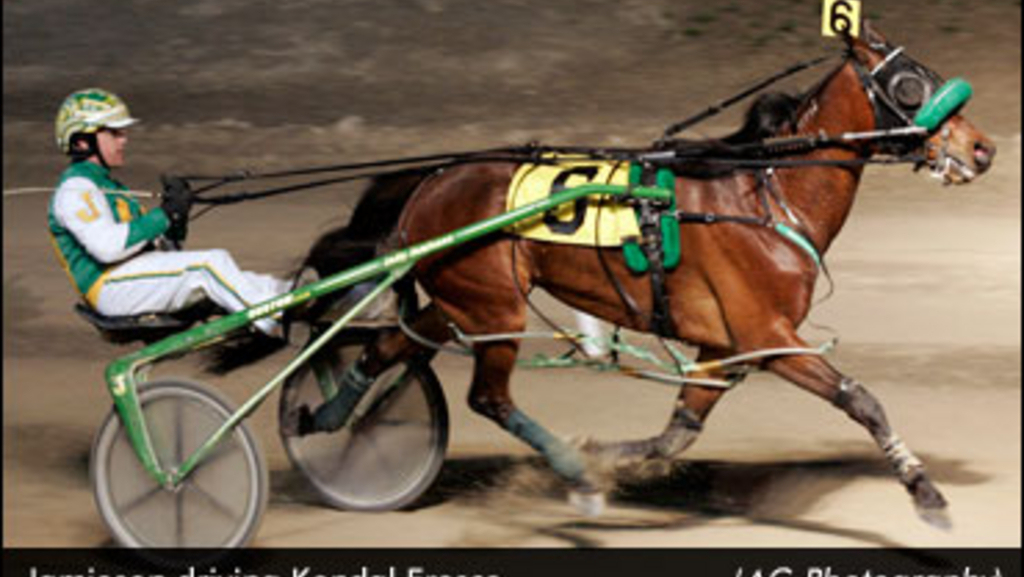 Jody Jamieson won a wide-open Ontario Regional Driving Championship in a heated battle right down to the finish line on Friday night at The Raceway at Western Fair District. 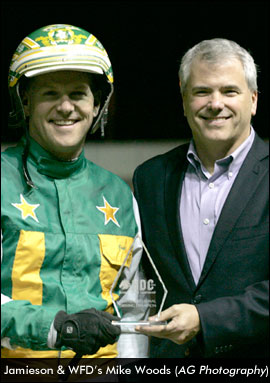 Jamieson secured the victory in the final leg of the eight-race Ontario Regional, earning his third challenge win to give him a total of 67 points. Davis Jr. held on for second, finishing with 60 points. Rounding out the leaderboard were Doug McNair (56 points), Trevor Henry (47), Scott Coulter (43), J.R. Plante (36), James MacDonald (32), and Paul MacKenzie (29).

There was a new driver in the winner's circle through the first half of the challenge with Jamieson earning his first win in the fifth round aboard trotting mare Torches Angel. Davis was the first repeat winner in the next leg boosting him into the leading role despite two of his earlier mounts being scratched, but Jamieson closed out the competition with back-to-back wins aboard pacers Jeepers Creepers and Kendal Fresco to steal the spotlight.

A two-time World Driving Champion (in 2001 and 2011), Jamieson was set to defend Canada's title in the 2013 edition in France, but had to scratch from the event due to other driving commitments.

"I'm disappointed I didn't get a chance to go to France," said the 37-year-old resident of Moffat, Ont. "It was an experience Trevor [Henry] got to experience and I know he loved it. He met some great people and that's what it's about -- spreading the word about Canadian harness racing and meeting some great people. I'm excited to get to Charlottetown and I'm even more excited to try to represent Canada again in Australia."

Jamieson and Davis Jr. will face off in the national competition with the top point earners in the other regionals, including Brandon Campbell and Jim Marino, who advanced from the Western Regional on April 26. The Quebec/Eastern Ontario Regional will take place at Hippodrome 3R on June 17 and the Atlantic Regional will be held at Red Shores Racetrack and Casino at Summerside on June 28.

Jody is a true gentleman. He

Jody is a true gentleman. He gives up so much for our industry. Besides participating in the World Driving Championship, he serves on the executive of OHHA and is an active director of Standardbred Canada. Go Jody Go.

again, from last night western fair, before final leg, jamieson being interviewed by greg blanchard....at end of interview, takes program from blanchard and starts to study right there trackside on camera what he can do with the 10th race lorne house horse....he drove him smart and hard the whole trip out of the 6, and to victory great stuff.....
i was trying to see how many of these guys are really friends or just respected workplace mates, very interesting watching them trackside before and after event

Whoa, what an exciting night

Whoa, what an exciting night at Western Fair and a another exciting show by Double ( J ). That would be Jody’s’ style holding it right down to the last race, the ultimate guy who never gets shook. Bravo to you Jody and might I say to all the guys. I almost had a tear when Jody gave Paul a hug in the winners circle because I know Jody watched Paul put a lot of shows on in Sackville Downs years ago. The last time Jody came to the Island I was there with bells on and will be again. I remember that night saying to Carl, that when everything is race equal, no ones better in this era than Jody. These events bring back memories of the thrill following the Magic Man, the great Billy O. Congratulations again gang and thank you for a safe hard fought battle to all. ; Paul L