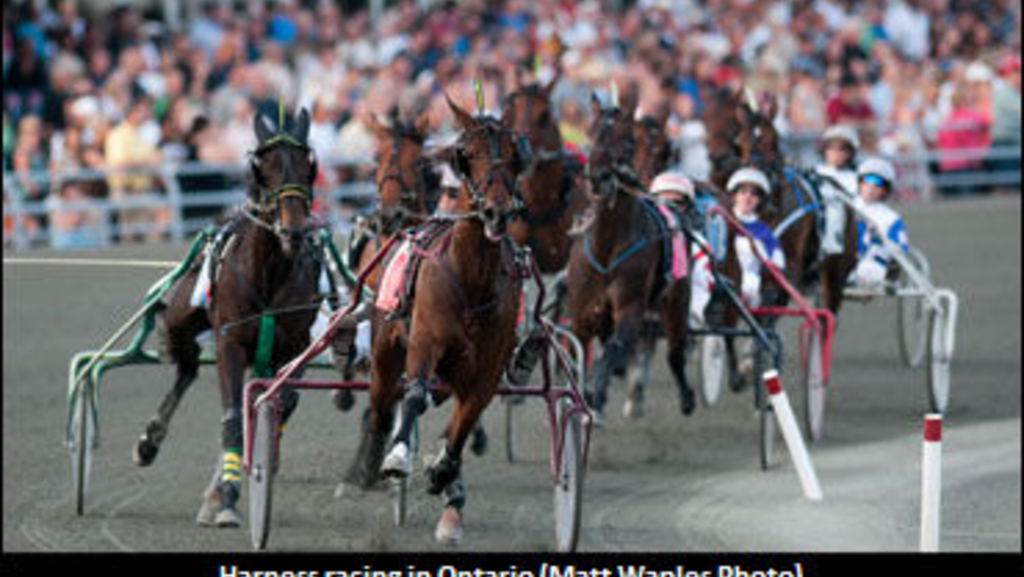 On Monday, March 18, Essex MPP Taras Natyshak (NDP) called on Ontario Premier Kathleen Wynne to stop the cancellation of the slots-at-racetracks program and engage the provincial horse-racing industry in a real consultation process.

Natyshak's release on the situation appears below.

Today Essex MPP Taras Natyshak called on Premier Wynne to end the cancellation of the Slots-At-Racetracks program and engage the horse racing industry in a real consultation process.

"In less than two weeks, the Liberal government will end the Slots-At-Racetracks program partnership, which will ensure the demise of the horse racing industry," said Natyshak. "To make things worse, this government has adopted a divide-and-conquer approach by forcing deals with certain tracks and leaving others to perish. Will the Premier freeze the cancellation of the SAR partnership until the government engages the industry in a real consultation process?"

The Liberal government's decision to cancel the SARP partnership lead to a 50% reduction in sales at last year’s yearling auction and has crippled the breeding industry.

"This government seems to be relying on the Tories’ white paper to privatize gaming and clearly doesn’t care about the thousands of jobs that will be lost in rural Ontario," said Natyshak. "The industry has seen catastrophic results already. Will the Premier stop the cancellation of the SARP partnership while it works with industry to come up with a real plan to preserve jobs in rural Ontario?"

If the horse racing industry

Wynne wisdom is to speak and

Wynne wisdom is to speak and say nothing more than what she was told to when they proped her into this position, her lips move but the words mean nothing, It shows the Liberal line put in place by Paul Godfrey,Dwight Duncan & McGuinty.
Thank You Again Taras but without sounding repeatitious where is and was your leader she could have stopped this a year ago and did not lets say she also should make more noise with straight forward words - I have yet to hear her say that she would re-instate SARP if elected.

She said no and the only

She said no and the only elaboration was she is following the OMAFRA panel's recommendations. So in other words, the Liberals are on course to ruin our industry.

I was watching on TV this

I was watching on TV this morning when Mr. Natysak asked the Premier to halt the olg and reinstate SARP until a complete study could be done. She is only willing to do what her predecessors told her to do . No one could possibly think that this is a good decision for Ontario unless you are Paul Godfrey or one of his very good friends. We all know how his freinds get rewarded. ie. Mr. Tananbaum. MR. Natysak, we all owe you a thank you for attempting to help and support the Horses Racing Industry. I was wondering if Ms Wynne would like to offer the thousands of jobs that the OLG and her party are going to create with their modernization plan to the thousands of Ontarians that they will be putting out of work. We all know our way around a slot Parlor and will have no use for them in the future. I know that I will not go to the slots anymore. Just a thought.
Maybe we could give horses back rides to the kids ,while their parents are inside spending their lunch money.

Her answer was a rambling

Her answer was a rambling spiel about taking the transition panel's recommendation to "right-size" the industry and maintain "sustainability". Blah, blah, blah.

Mr.Natyshak unless you have the backing of your leader you are just giving out alot of white noise.Andrea Horwath could have stopped this madness a year ago by not voting for the budget.

She will say just what her

She will say just what her beat pal GODFREY and his cronies want to hear and it ain't good news for our side.

And what was her answer?.

And what was her answer?.

We as an industry have been

We as an industry have been asking questions? There have been no answers forthcoming! Confused as I am I figured questions asked in the legislature would be answered? Silly me I thought our questions were being ignored as we are unelected citizens as are the OLG officials! This is clearly not the case as some unelected citizens appear to have the right to ignore the elected as they please and others are left in the dark like mushrooms. Only in Ontario! When did we secede from Canada where every citizen is equal under the law? Am I disgusted with this process - You bet!