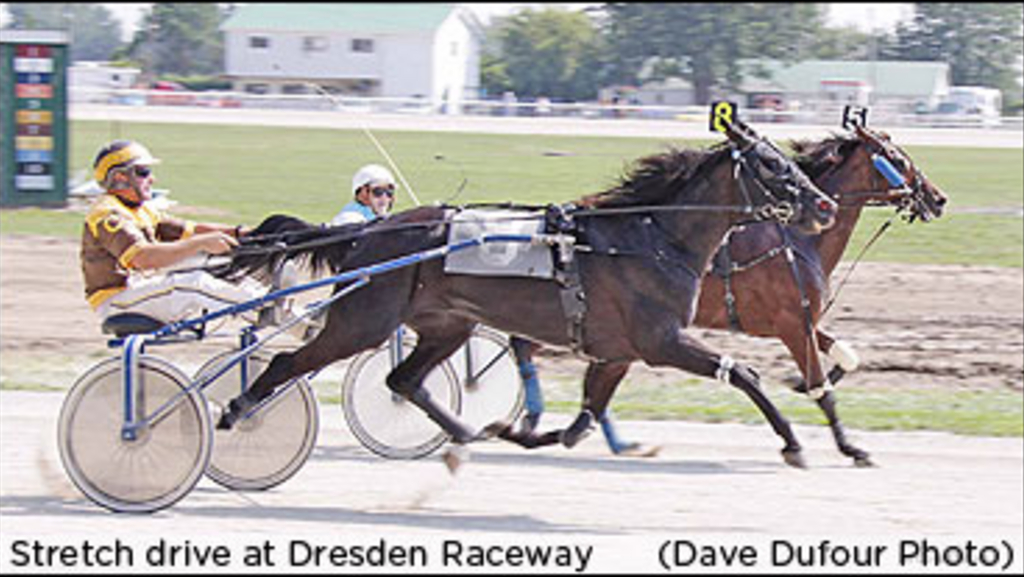 “We're still hoping something at the eleventh hour comes through and actually saves racing because with so many jobs and lives at stake you just kind of hope that it's going to go (ahead).”

Dresden Raceway’s track announcer, Gary Patterson, is like many people in the industry – trying to being optimistic while being realistic at the same time.

“The provincial government has been dragging their feet on a lot of things,” added Patterson. “It's almost like they don't know what's going on.”

Patterson, who is one of about 20 employees on Dresden Raceway’s payroll, could join an even longer list of people affected by the closure of the half-mile track. Lambton-Kent-Middlesex MPP Monte McNaughton figures between 800-1,000 jobs will be affected if the track ceases operation.

“It's absolutely devastating,” said McNaughton. “At this point top trainers would normally have their entire season planned out, but here in Ontario they don’t have any race dates, any purse amounts or any other details. Despite what the Premier says, the 2013 calendar of Ontario Race Days as approved by the Ontario Racing Commission says otherwise. There is not a single race scheduled for the 2013 season. Not one.”

Dresden Raceway, which has featured harness racing since 1889, wasn’t one of the tracks mentioned by the Liberal provincial government in last week’s announcement that there will be horse racing in the province this year. There was also no mention of Windsor Raceway or Hiawatha Horse Park.

According to WallaceCourierPress.com, officials at WINRAC Development Inc., the operators of Dresden Raceway, were unavailable for comment.

Dresden like Windsor, and Woodstock was owned by the Win-Rac group who had as much interest in horse racing as I have going for a root canal. They rode the stream of SARP and did nothing to improve their facilities or attract fresh blood to this wonderful sport. Sadly, no racetrack can suceed when the handle and the purse amounts aren't even close. The reality is their will be job losses which is sad but the writing was there for a long time. Let's be honest and real here if it weren't for the SARP how many tracks would have closed 10 years ago? While this program was in effect no one in this business took upon themselves to improve facilities but more important to attract new waves of race fans and bettors. In Windsor they are talking about racing at Leamington again and eventually buiding a new track in Lakeshore. This is crazy when we have a perfectly good 5/8 mile track in a great location sitting there gathering dust. I hope the rumours I heard are not true about the gov't not wanting to share purse money with the Americans and that's why Windsor was not included on any list. Full fields, competitive racing, good drivers that's what bettors want to see along with good pools and some gimmicks. If we need our neighbours across the border to ensure all these things than so be it.

The whole purpose, originally, of putting 400 slot machines in the midst of corn and soybean fields was to keep these small tracks from becoming obsolete. It was a resounding success, both for the tracks and the government. If the Liberals wanted to shuffle the percentages, they didn't have to decimate the entire industry. SAD!!!