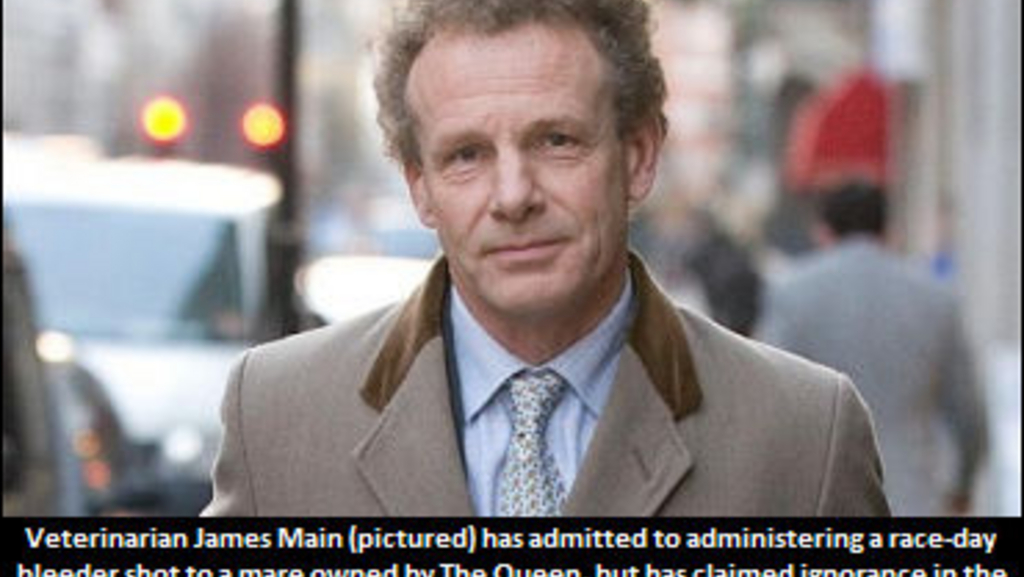 Veterinarian James Main is facing an expulsion from the British horse racing industry after admitting to administering a 20 millilitre dose of Tranexamic Acid (TA) to Moonlit Path, a mare owned by The Queen

According to a report by The Telegraph, on Monday, February 14 Main admitted to administering the blood-clotting agent hours before the Nicky Henderson-trained six-year-old made her career debut at Huntingdon, Cambs. The mare tested positive for TA after a post-race test.

The article explains that the British Horseracing Authority strictly outlines that nothing but normal feed and water are to be given to a horse on race day. The report also states that Main denied both that he knew, or ought to have known, that TA was a banned substance on race day and that he dishonestly concealed the injection. The report cites Alison Foster, QC for the RCVS, as saying that Main's purported ignorance in regard to race-day rules are not believable.

The report goes on to explain that in subsequent hearings in 2009, Henderson was the one that was found guilty of administering the TA shot without permission from a course vet and failing to record the treatment. He was also found guilty of administrating a banned substance either with the intention of affecting her performance or knowing her performance could be affected. He was handed a £40,000 fine and three-month suspension.

The article goes on to cite Foster as saying that Main had visited the stables the morning of the race-date in question and had administered the shot in the presence of two assistant trainers, yet no record of the shot was made in the medication book -- the visit was listed as a 'pre-race check.'

(With files from The Telegraph)

I wonder if the suspension

I wonder if the suspension would be so harsh if the owner wasn't Queen Elizabeth II.

At least a lifetime

At least a lifetime expulsion and for far less quantity wise than others in North America who play their trade after a 3 or 6 month suspension often the second or more convictions!!