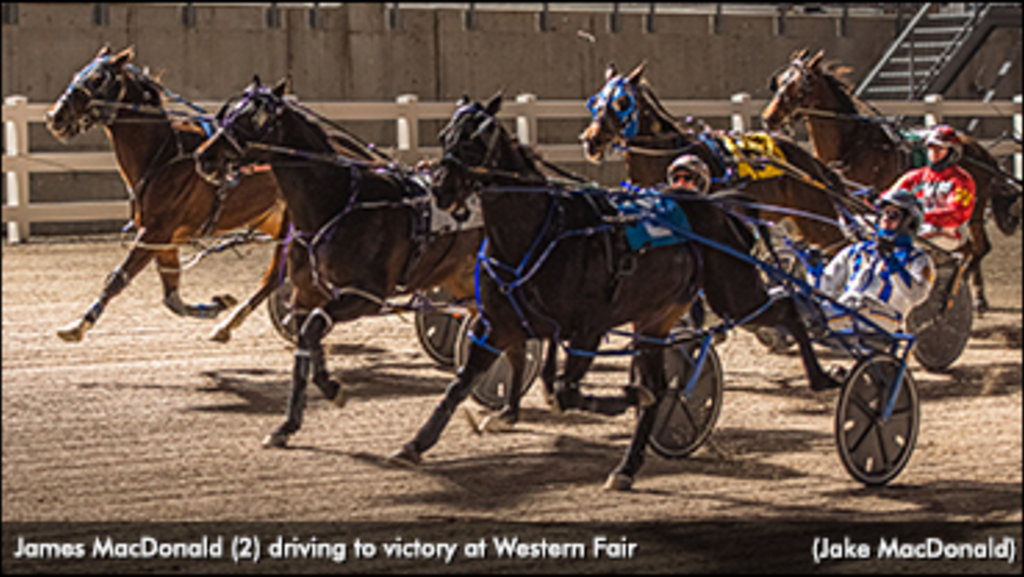 The festive spirit of giving was in the air in London at The Raceway at Western Fair District on Sunday (Dec. 12) as eight drivers from The Raceway and Woodbine Mohawk Park competed in the 2nd Annual Drivers' Holiday Challenge in support of Toys for Tots.

Drivers joined into the winner's circle prior to the first race for an initial cheque presentation of $6,000 to Toys for Tots. Colin Kelly, Austin Sorrie, Tyler Borth, Scott Wray, Scott Young, James MacDonald, Anthony MacDonald and Natasha Day all stood in solidarity and clad in their colours and a Santa hat before hitting the dirt for the first of 11 races in the contest. 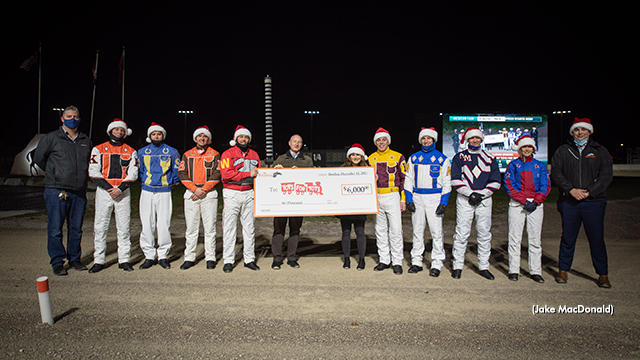 Colin Kelly opened a cozy lead through the start of the competition with two victories and two second-place finishes in the first six races. But the standings tightened in the second half as Kelly missed the board and the brothers MacDonald — Anthony and James — along with Tyler Borth added wins to their totals.

Kelly lost the lead on the leaderboard when Anthony MacDonald gave speedy stalwart Ideal Jet his favoured sprint mission to post a 35-1 upset in the $10,000 Horses & Geldings Preferred 3 Pace.

MacDonald motored the 10-year-old Jeremes Jet gelding to the point and faced nary a threat. Through opening fractions of :28.2 and :58.3, MacDonald called on Ideal Jet to accelerate up the backside and opened four lengths on pocket-sitter J J Powerball past three-quarters in 1:26.4. His lead shrunk off the final turn, but his speed provided enough cushion for Ideal Jet to cruise home 1-1/4 lengths better than J J Powerball in a 1:56.2 mile. Homey Joe finished third and St Lads Beat It took fourth.

A homebred for trainer Craig Barss with Nurko Sokolovic, Ideal Jet won his fifth race from 23 starts this season and his 43rd from 254 overall, pushing his earnings to $606,192. He paid $73.90 to win.

That victory propelled Anthony MacDonald to the top spot with just two races to go in the challenge. But brother James came punching in the following race with a come-from-behind blowout by odds-on favourite Kenny Joe to take over the top spot into the final race.

James MacDonald looked poised to seal the championship with a win behind favourite Mister X as the field entered the backstretch for the final time on Sunday evening. Real Wicked raced in third in rein to Tyler Borth, whose two victories earlier on the card put his career total at 999. Approaching the final turn, Borth ripped Real Wicked off the pegs and blitzed Mister X to the top of the stretch, where the favourite gave way and Tyler Borth buckled down to pump the air and cross the beam for his 1,000th winner. 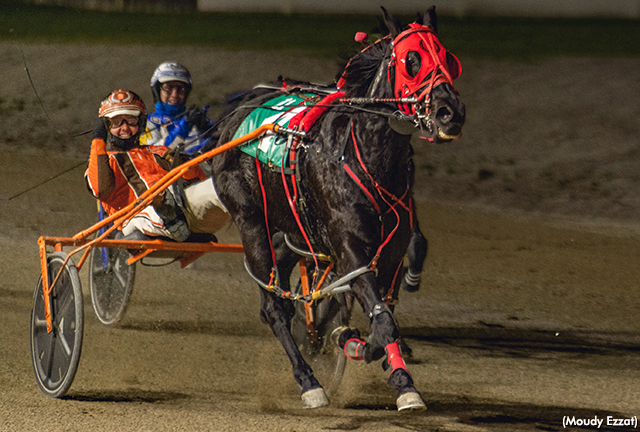 The milestone win solidified his spot at second on the leaderboard, while Colin Kelly's early lead and subtle finish placed him third.

His second-place finish in the final race kept MacDonald with enough of a points advantage to leave the track the champ of the charity challenge, though he also had words of praise for Tyler Borth's achievement.

"I'd just like to start off by congratulating Tyler on his thousandth win," James said following the challenge on COSA TV. "He needed three, and to do it in a challenge like this just shows what kind of drivers they have here. He's a great young driver and the sky's the limit for him; hopefully he keeps doing well.

"It was me, Colin, Tyler and Anthony in the last few races; it all came down to [us] and I was lucky I had a couple of great horses left. That's what you need in these challenges — you need to have the right horses in the right positions, and I did tonight. I'll get all the credit, but this is a good crew of drivers, and you give any one of them the horses I had, they'd get the same result. I'm just proud to get the 'W' and I'm going to celebrate with the guys for a bit, maybe have a drink. Hopefully we raised lots of money for charity.

The official standings from the 2nd Annual Driver's Holiday Challenge is below:

The holiday spirit was the big winner on the evening, as the collective horse community came together to provide a charitable donation in excess of $15,000. This donation exceeds the total from year one and will put many smiles on faces this holiday season.

The Raceway wishes to thank the collective Southwestern Ontario horse community for their support of this year’s event and looks forward to presenting the 3rd Annual Drivers' Holiday Challenge in December of 2022.

COSA TV's live coverage of the 2nd Annual Drivers' Holiday Challenge is available in the replay below:

(with files from The Raceway at Western Fair District)

Grats to Tyler Borth on his