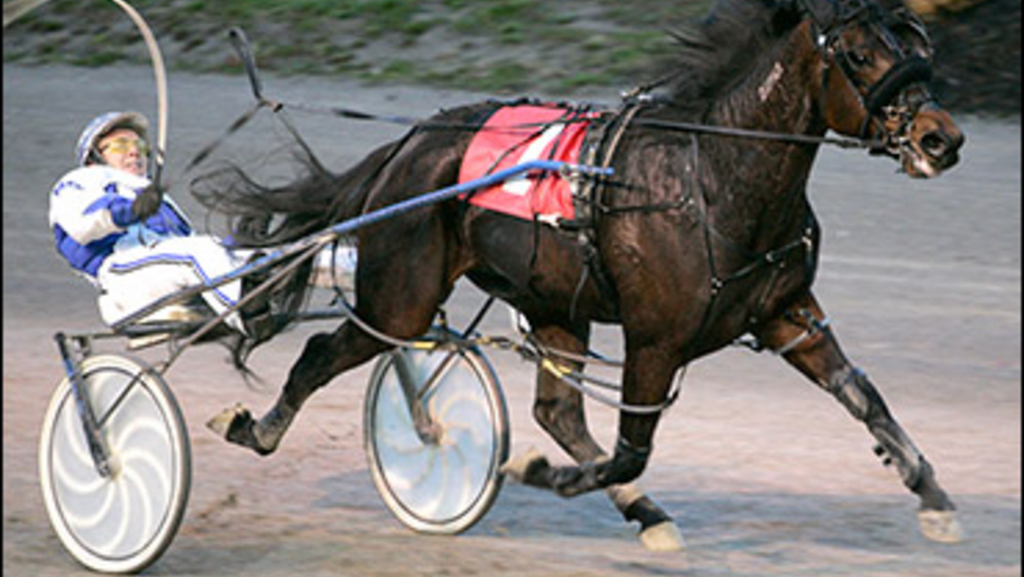 Driver Nick Steward went into Monday evening’s card of racing at The Raceway at Western Fair District needing just one win to join harness racing’s 1,000-win club, and he didn’t waste any time in accomplishing the feat.

Steward hustled Tax Free to the lead in Race 2 and the ridgling carved out fractions of :29.3, 1:01.1 and 1:30.3 en route to the 2:02 triumph. Steward’s ticket to victory lane for the milestone win came via his grandfather, veteran trainer Larry Fitzsimmons.

The London, Ontario-based reinsman celebrated 120 wins in his rookie season in 2009, and he’s managed to pick up more than 100 wins every year since then. His biggest season to date was 2011 when he teamed home 229 winners and banked more than $1.3 million in purse earnings.

Later on the card it was Clic K turning in a gate-to-wire score in the $7,000 Preferred 3 for pacers for the tandem of driver Scott ‘The Answer’ Young and trainer Ben Wallace. Young pointed the six-year-old son of Shanghai Phil-Eclatante to the lead and the gelding whacked out splits of :27.2, :56.4 and 1:25.2 before using a :30.1 closing quarter to win by 1-3/4 lengths over J M Jet Set in 1:55.3. Third prize went to Goldstar Badlands.

Brad Grant of Milton, Ontario owns the gelding who won for the fourth time this season and for the 33rd time in his career. He’s banked more than $330,000 to date.

Congratulations Nick on your

Congratulations Nick on your 1000th driving win. Always happy to see young driving talent coming through the Raceway at Western Fair. Here's to the next 1000 and many more after that.