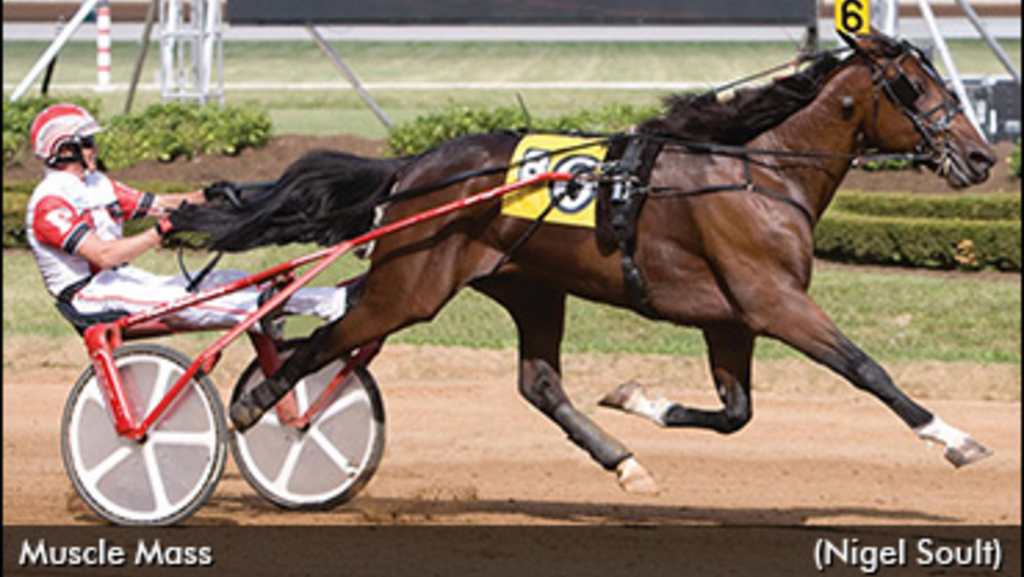 Kentuckiana Farms will continue to serve as Syndicate Manager and along with Tara Hills Stud will manage his breeding career.

“We are extremely excited to bring Muscle Mass back to Ontario. He is a premier young stallion that has consistently shown that he can sire champions. His ability to cross with a wide variety of mares is proven by the numbers,” says David Heffering, owner of Tara Hills Stud.

Muscle Mass retired to stud duty as the fastest two-year-old son of super-sire Muscles Yankee having established his world-record mark of 1:53.4 in only his second career start. Muscle Mass won five major stakes in an undefeated season at 2 winning all seven of his starts, including back-to-back wins in Lexington and a 10-length, track and stakes record in the American-National.