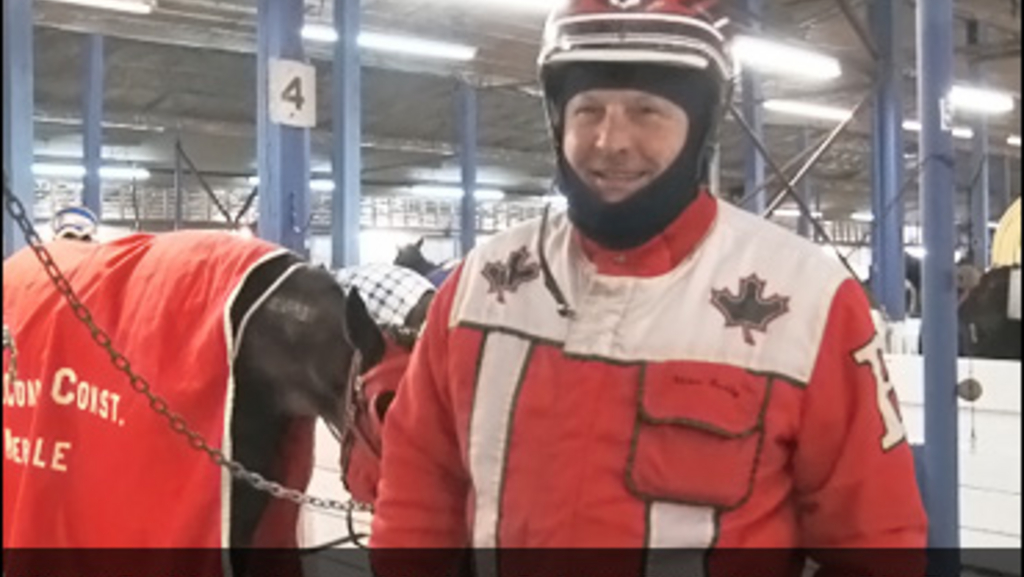 With three horses entered, trainer Victor Puddy is coming into the 2021 Guardian Gold Cup and Saucer trials with more horses than any other trainer and three horses that appear to give the veteran conditioner his best chance at one of Canadian harness racing's most coveted stakes events.

"To me, they couldn't have done it any better," said Puddy of the split into three trials. "They've given everybody a chance to get some money too with three sixes. They'll get the top nine and then other nine will be in the consolation going for $20,000."

Puddy has had an impressive training career with more than 16,000 starts, 2,254 wins and $15-million-plus in earnings but a Gold Cup and Saucer title has eluded him thus far. Having raced in the Final but not hitting the board, and winning the James 'Roach' MacGregor Consolation in years past, Puddy comes into the 2021 edition of the Maritime classic loaded for bear with Day Delight, Racemup and Legion Seelster.

"All three of mine look alright to be honest with you," said Puddy from P.E.I. "We didn't draw the best but we drew OK. All three are going into the race at the top of their games.

"The three horses I have down here are nice horses, we'll just have to see how it goes. Any luck at all and I'm sending out two or three in the Final. You never know."

Day Delight will be racing in the first Trial on Saturday (Race 11) and has drawn post position four. The four-year-old gelding has spent most of 2021 in Prince Edward Island and has had his fair share of success. He already has five wins this year, his fastest coming at Red Shores Charlottetown in 1:52.4 for driver Walter Cheverie on August 7. Cheverie gets the call again for the trials.

Owned by Puddy along with Wayne MacRae, Lloyd Stone and Howmac Farms Ltd., Day Delight (Bettors Delight - Kims Royal Day) sports a lifetime mark of 1:50.4 at Woodbine Mohawk Park. In 45 career starts, he has managed to win 11 times with $116,151 in earnings coming into Trial 1. Puddy admitted he'll have his work cut out for him against the likes of 2020 Gold Cup and Saucer winner Time To Dance.

Puddy's second Saturday hopeful is Racemup, and this six-year-old gelding is no stranger to big-time races. The Manitoba-bred horse won the 2018 Manitoba Futurity Finals in the time of 2:00.3. Racemup (Whatayasay - Logicallyinclined) is one of the best three-year-olds to come out of Manitoba that year and has continued winning after leaving for a bigger stage. He has earned more than $28,000 in purses so far in 2021 and has a mark of 1:52.3 taken at Rideau Carleton Raceway earlier this year. Racemup has 105 lifetime starts and is looking for his 25th career win.

Not only is Racemup the top-earning horse out of Puddy’s entries at $245,290 lifetime but he also has a special place in the Puddy barn.

“He’s one of our favourite horses in the barn. He’s that horse you love to have. If he had drawn one through three, I think for sure he would hit the board, but I don’t know where how this race is going to go. He should be really good.” Racemup will go leave from post position five in his trial, with driver Richard Simard making the trek east to drive for owners Gordon McDonald and Christopher Boland of Ottawa, Ont. With three out-of-province entrants, Puddy realized that a driver might not be available for his horses and was glad to have Simard as a more-than-capable pilot.

"You never know who you're going to get; drivers here drive for trainers all year and they're not going to jump off their horse to drive mine. We were a little afraid and we didn't know who we were going to get. Richard heard me and Gordon McDonald talking about it at Rideau and said 'oh that is one race I've always wanted to go to' so we said 'if you want the drive, you can come.'"

Puddy’s third entry is Legion Seelster, who will race on Monday (August 16) and has drawn post position three in Trial 3. The five-year-old gelded son of Sunshine Beach - Legacy has made 41 lifetime start, won 13 and banked $177,865 along the way. Legion Seelster has the fastest lifetime mark out of the Puddy bunch at 1:49.1 and the fastest time this year at 1:51.4 — taken in his most recent start for Puddy on August 1.

"He seems like he's handy. I brought Legion Seelster to Ottawa last Sunday and he won in 51 and raced really well. I took him into the track here on Monday and he trained super. He should be good going into the trial."

Legion Seelster is the second entrant for owners McDonald and Boland and will also retain the driving services of Simard. According to Puddy, all of the owners were all for racing in the Gold Cup and Saucer trials.

"The guys that own Days Delight [with me], they were all for it. And when I mentioned it to Gordon McDonald, he's a really good owner of mine and he loves the game...I mentioned it to him and he said 'yeah, I'd love to do that' so he's going to fly in the last week for the last few days."

Of course, there is more to Gold Cup and Saucer week than the actual races themselves. The week is a celebration of harness racing and gives the fans a chance to see top horses from all over.

“I’ve met a lot of great people from here.” said Puddy, who has turned racing during Old Home Week into a holiday of his own. “When they said they were opening up this year, I said I was going back again.”

To view the entries for the Gold Cup and Saucer trial cards at Red Shores, click one of the following links: