The track has designated Sunday, November 27, 2011 for the inaugural installment of the Doug Harkness Memorial. 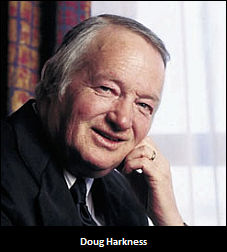 "Having left a legacy that will be felt and remembered for years to come in Atlantic Canada, the management and staff of Truro Raceway are pleased to host what is anticipated to become an annual event, and invite horseman, fans and friends of Doug to be a part of this commemorative day," the track announced via release.

The track has also announced that it will be hosting a leg of the Mildred Williams Series on Sunday, November 20, but with a twist.

The male reinsmen that will be taking on the women are Darren Crowe, Ryan Ellis, Carl Isenor and Roy Burton.

Truro is calling all racing fans out to support the Survivors on Shortt’s Lake Breast Cancer Dragon Boat Team and the Maritime Standardbred Pleasure Horse Association, which promotes retired racehorses as saddle horses and pets.