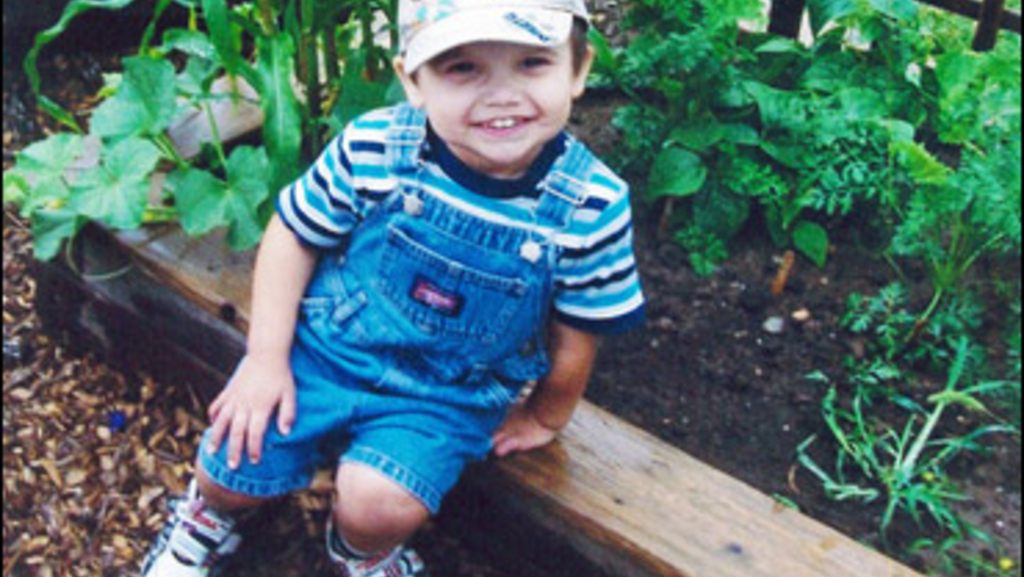 Friends and family of longtime harness racing participants Jason Woodward and Josie Robinson are rallying behind the pair as their four-year-old son Josh remains bedridden in Toronto Hospital for Sick Children.

Josh, 4, lives in East City of Peterborough with Jason and Josie. He was set to start Junior Kindergarten this past September. He was born with chronic kidney disease and his parents have always known that he would need a kidney transplant.

On August 29, 2013 his father donated his kidney to his son. Unfortunately, two weeks ago the kidney had to be removed as there was a fungus on the kidney. To add further complications, another operation had to be performed to ensure that there was not a blockage to his bowel.

There have been numerous blood transfusions and the doctors have to make sure that the fungus is totally out of Josh’s body or it will make him sicker then he already is. Eventually, Josh will go on a wait list for another new kidney but at this point he needs to heal from these three major surgeries. He is expected to remain at Sick Kids for at least another six weeks.

Josh’s parents have been taking turns staying with him at Sick Kids. With two other children at home -- Joel, 10 and Jacie, 12 -- and with both parent’s wages being significantly decreased since the slots-at-racetracks program was removed, it is difficult for them to make ends meet. The cost of the travel back and forth to Toronto, the lost wages and unanticipated additional costs are taking a toll on the family.

“My wife and I are just trying to take it one day at a time and see how things go,” Jason told the Peterborough Examiner.

On Sunday, November 24, there will be a fundraising event at The Venue in Peterborough from 1:00 p.m. until 4:00 p.m. This will be a family event meant for all ages with games, entertainment, light refreshments and drinks available. The organizers are looking to secure donations for raffle prizes and silent auction items in order to raise money for this family.

The organizers have also set up a special account for those wishing to make monetary donations.

Driver Doug McNair has informed Trot Insider that he will be donating his five per cent driving commissions from the Friday, November 15 card of racing at Woodbine Racetrack to help Josh.

“I first read about it on the Standardbred Canada website, and it breaks your heart to hear something like this,” McNair told Trot Insider. “I immediately wanted to do something, and every little bit that people can contribute counts.”

On behalf of Sam Goldband and

On behalf of Sam Goldband and Marvin Katz, we would like to wish Josh a speedy recovery.

Best wishes to the family!

I have obtained compliments

I have obtained compliments of the MORRIS LAW GROUP 2 LEAFS TICKETS FOR THE Dec. 19, 2013 game.

I have also obtained compliments of IPPOLITO FRUIT AND PRODUCE 2 LEAFS TICKETS FOR THE Dec. 5, 2013 game.

I have also obtained compliments of GLEN SMITH, MERIT INSURANCE 2 SABRES TICKETS for the Dec. 17, 2013 game.

All of these tickets will be available at the silent auction on Nov. 24, 2013.

The breeding to BIG JIM and PANTHER HANOVER are still available but conditions apply as the family needs funds now not in 2015 but cost and terms can be changed by contacting Jim Carr at 905-529-5888.

Let's make this deal work and thanks to all people who have donated or pledged to date.

Made a donation at the bank

Made a donation at the bank today and the teller told me that donations were coming in from everywhere. Good things happen when horse people pull together. Keep it going. Best wishes every day to little Josh and his family.

Mr Carr has shown once again

Mr Carr has shown once again that he is a generous and caring person. If push comes to shove I will willingly donate one of my kidney's to this young fella in need so that he will not have to be put on a list and hats off to all you horse people, when in need, you all do a great deed, you are one tight community, BRAVO.

Such a sweet little treasure, my prayers are with the family.

I will be donating my

I have some Maple Leaf

I have some Maple Leaf tickets to donate....January 28 Vs Tampa Bay Centre ice greens Row 4....

LandMark V Racing Stable owns 25% of Juliet racing tonight at Woodbine in 3rd race. The members have voted overwhelmingly to donate 50% of LandMark's share of Juliet's purse to Josh's family.

A magnificent expression of

A magnificent expression of empathy from all those that have answered the call. Hats off to all of you! This is what "community" is about, and serves as a shining example for our society as a whole. I know it's not intended to be such, but such generosity and compassion can't help but to elevate the sport in any and every way.

Bravo boys and girls! Going to have a hard time even muttering a curse now when I feel let down by one of your horses...

Our thoughts and prayers are

Our thoughts and prayers are with the Woodward family. Money isn't everything, but in times like this it is needed to get by and I am glad to see that the industry is coming together to help the Woodward family! I too would like to donate my 5% earnings from this Thursday-Saturday at woodbine. Be strong, we are all praying for you, from Auciello Stables and the Auciello family.

Although I dont know the

Although I dont know the family personally, I am blessed with 2 healthy children that I dont take for granted. I can only sympathize with what the family and poor little Josh are going through. Let it be known that my 5% trainer earnings from tonite, Wednesday, to Saturday night will be very willingly donated to this cause. More than ever I wish I win with all my horses this week....Best wishes, The Montini's

How good it is to see the

How good it is to see the racing industry contributing to this very worthwhile cause. I hope everyone who is connected to horse racing in anyway will put what they can towards making this family's challenges a little easier and perhaps, give this amazing little boy a chance to grow up and be a part of the wonderful world of horse racing. Is there any way that one can bid on the auction items online?

Good on Doug McNair, Anthony and James MacDonald, Tyler Redwood and James Carr for stepping up to the plate. I'm sure there will be many more.

Thinking of all your going

Thinking of all your going through. We would like to donate our trainers 5% purse earnings from this upcoming weekend. Thurs/ Fri/Sat at Woodbine. Hoping every little bit helps. Our prayers are with you. Rob and Yolanda Fellows

Canada is responding and

Canada is responding and reaching out .. some other items and donations of possible interest -- be sure to attend this very worthwhile fundraiser!

Atta boy Tyler Redwood I hope you have nothing but wins. I'm a firm beleiver in what goes around comes around. So best of Luck to you. Ronda Markle

I am a young driver with 3

I am a young driver with 3 kids under 4 yrs old. And I would like to make a donation. .. this weekend at Northlands Park I will be driving 6 horses Friday, Saturday is yet to be determined. And every dollar I earn I want to give to this family. I encourage everyone to help this family out and I challenge Alberta to make an effort. As we are all horsemen and women strong. We need young ones to survive.

Once again Jim Carr has

Once again Jim Carr has stepped up. This might be a good time for some other influential owners and drivers to do the same. Go and Play Stables will be passing a hat around for donations at there function on Sat. at Woodbine. Remember every little bit helps. Ronda Markle

Lets help this young family and tough little fella out.............Horsemen helping out Thanks

With support such as Jason

With support such as Jason has offered, we can all make life a wee bit easier for Jason and Josie.

Prayers to the family.

Your help is needed for this

Your help is needed for this family immediately.

The owner of the mare is responsible for all farm charges for board etc.
This offer is good until December 15, 2013 as this family is in need of money for travel and expenses to attend the hospital in Toronto, Ontario and the conditions must be in place to get a breeding.

LETS MAKE THIS WORK FOR THIS FAMILY.