Stash It Away Lands On Top 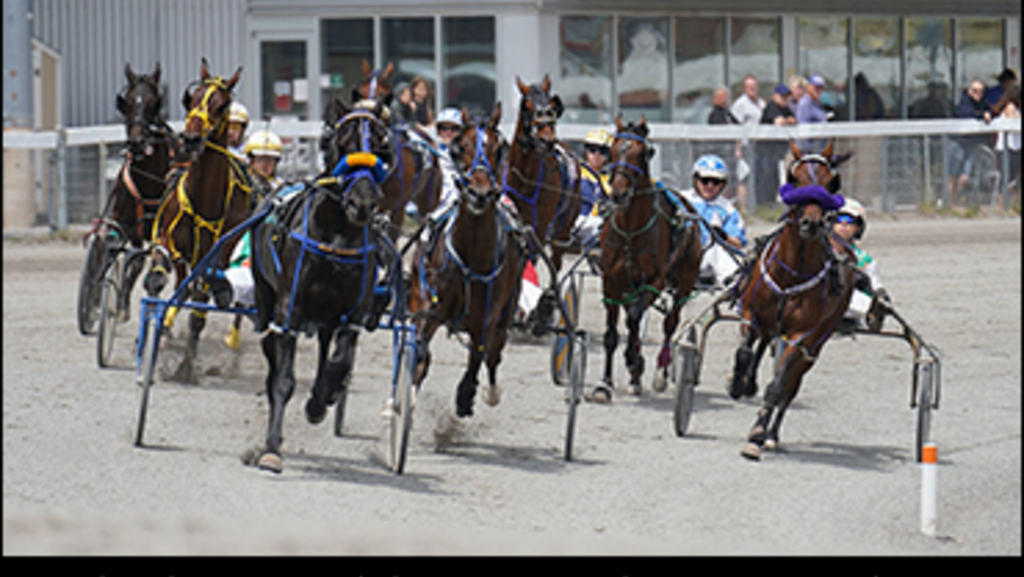 Stash It Away got away last, but he was much the best in Joe O’Brien Memorial action on an all-stakes Monday (Sept. 6) at Red Shores at the Summerside Raceway.

Corey MacPherson was unhurried with the son of Pang Shui in his $23,670 O’Brien Gold division for two-year-old pacing colts as he was sitting seventh at the start. Stash It Away began his advance on the outside heading to the half and circled the field to win by two lengths in 1:58.4 over a rain-soaked track rated two seconds off by the end of the day. Kevin MacLean trains the winning colt for owner Reg MacPherson.

The other sophomore Gold division went to Jadensmagicsteel (1:57.1) with Merner driving for trainer Melissa Rennie and Boys Will Be Boys Racing.

Class Hero (1:59.4) won his O’Brien three-year-old Grassroots race, while Woodmere Fenn (Driven by Barrieau) and Windemere Bestman (MacPherson) landed on the line together for a 1:58.4 dead heat in the other division.

Girl In A Tavern (1:57.4) prevailed in her Gold split for trainer-driver Hughes and owner Donald MacRae.

For race replays and more, go to redshores.ca.

Thanks, Jeff. I figured that

Thanks, Jeff. I figured that if anyone knew the answer to my inquiry, it would be you!

Hey Mike, both Stash It Away

Hey Mike, both Stash It Away and Sock It Away are owned by Reg MacPherson and trained by Kevin MacLean, and they're both sons of Pang Shui, but they're from different dams. Stash It Away was originally named Minority Tory and renamed by his current connections in January.

In 2018, a PEI 3yoc named Sock It Away led all 3yo's in North America in wins, with 20 in just 21 starts. In 2019, his connections shipped him to The States to race because of the substantially higher purses there. It was a disastrous decision - he didn't win a single race; in the summer, he shipped back to PEI where he raced 2-3 more times, and his career abruptly ended. These 2 horses were both bred in the same province, and they have very similar-sounding names. Are Sock It Away and Stash It Away blood-related, or do they share common ownership?