Flamboro To Accommodate All Ages

A release issued by the Central Ontario Standardbred Association on Friday (Sept. 6) indicates that Flamboro Downs will make arrangements to accommodate patrons not of legal age to enter a casino establishment at its racetrack by building a new structure. 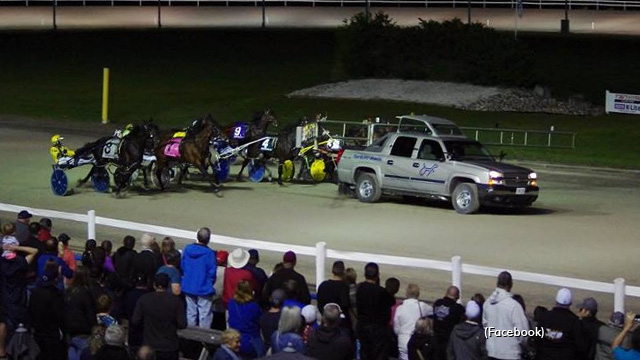 The press release from COSA follows:

COSA, OR and GCG have agreed to work together to accommodate anyone under the age of 19 from having to remain outside on the tarmac while attending the races. Anyone under the age of 19 will not be allowed in any casino areas in the grandstand except for having access to the washroom facilities located inside the main entrance. This is based on Ontario law.

COSA has received a commitment from GCG to build a structure at the edge of the tarmac, overlooking the racetrack at the south end of the grandstand. This structure will have a snack bar with tables and seating where anyone including those under the age of 19 are welcome.

This project will begin as soon as possible. OR will provide substantial capital improvement funds towards this project to ensure that it is a quality facility.

I’m gonna step out here and

I’m gonna step out here and Thank Anthony’s OWNERS ......They are the Ones that “Took One on the Chin” for the Team! Whether they agreed with The McDonald stance or not....it costs money to stand around a stall.
Kudos to all that helped turn this latest brain storm around. There will always be those that appreciate the beauty of horseflesh competing down a stretch...and, that appreciation usually takes hold of a person in their younger years.
Cheers.

A special thanks to Bill

A special thanks to Bill O’Donnell, Jack Darling, John Hayes, and Chad Gates.

I'll have another, Ontario needs racing.

The best way to thank A Mac

The best way to thank A Mac would be to show up once it’s built.

I still do not think it is

I still do not think it is acceptable under the current conditions. I think that the OLG should close down the casino until all is corrected, and not until.

It's a start. Good thing so

It's a start. Good thing so many wrote to MPP's, OR, fire dept. newspapers, etc.

Cannot wait; Not because I

Cannot wait; Not because I know any minor, but I was there last night - what a mess.
With both the Top of Turn room and lower restaurant closed for three months of renos, the tarmac is closed to everyone.
As of now, zero access to tarmac to watch races; no winners photos can be taken. To bet on the live races you must go to the teletheatre upstairs and watch Flamboro on T.V.
I checked with security and they noted it is NOT possible in September to see races at the rail. Drivers and horses performing to eerie silence.

I hope everyone takes the

I hope everyone takes the time to thank Anthony Macdonald.