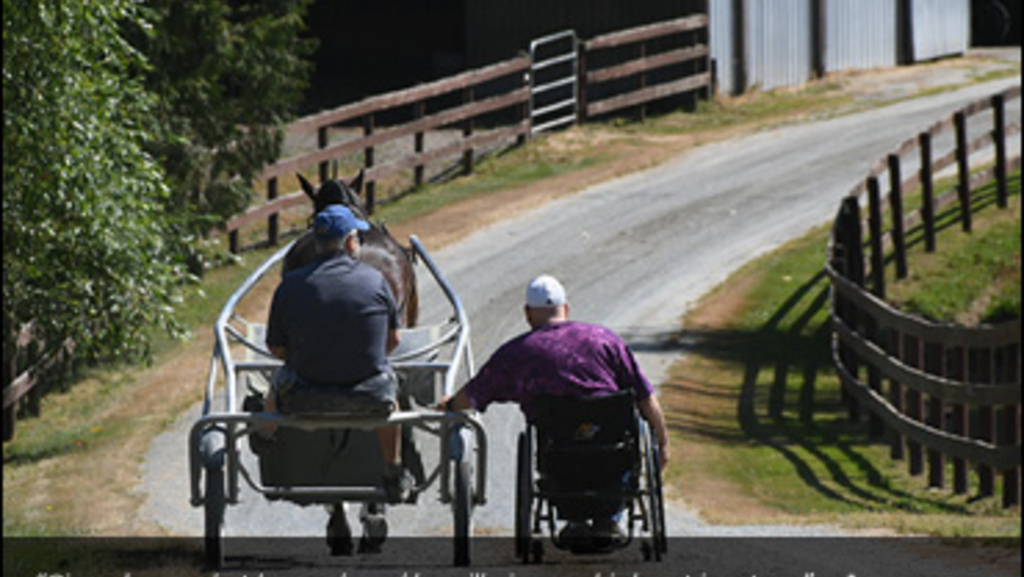 The I Love Canadian Harness Racing Fan Club’s Heart of Harness Racing Calendar photographer for September is Robert Diskin, of Langley, B.C. This is the first time that one of Robert’s photos has been featured in the calendar.

The photo captures Joe Sonier and Jerome Bouvier getting ready to train with Great Quote at the Robert Murphy Training Centre. 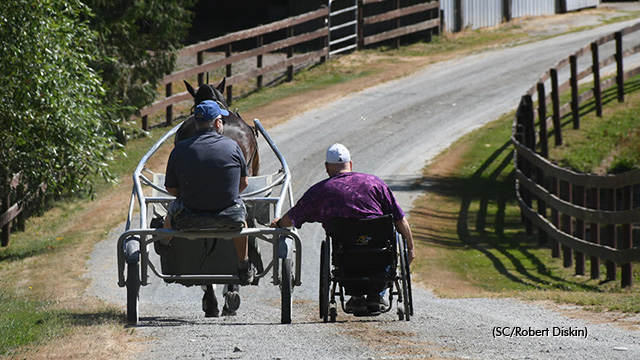 “I was at the farm where we train and saw Jerome and Joe going up the hill to train a horse. I have always admired Jerome for things he can do while in a wheelchair,” explained Robert. “I saw them as I have a number of times, going up to train a horse. I thought it would tell a story and it did.”

Having a camera in his hand isn’t anything new to Robert, as he has had a passion for photography since the 80’s when he had a photo studio set up in Denver, Colorado. He’s now retired and has been photographing Standardbreds since his introduction to the sport in 2014. 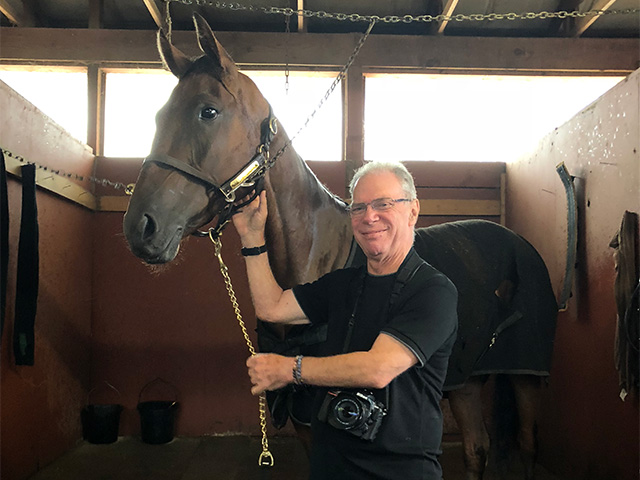