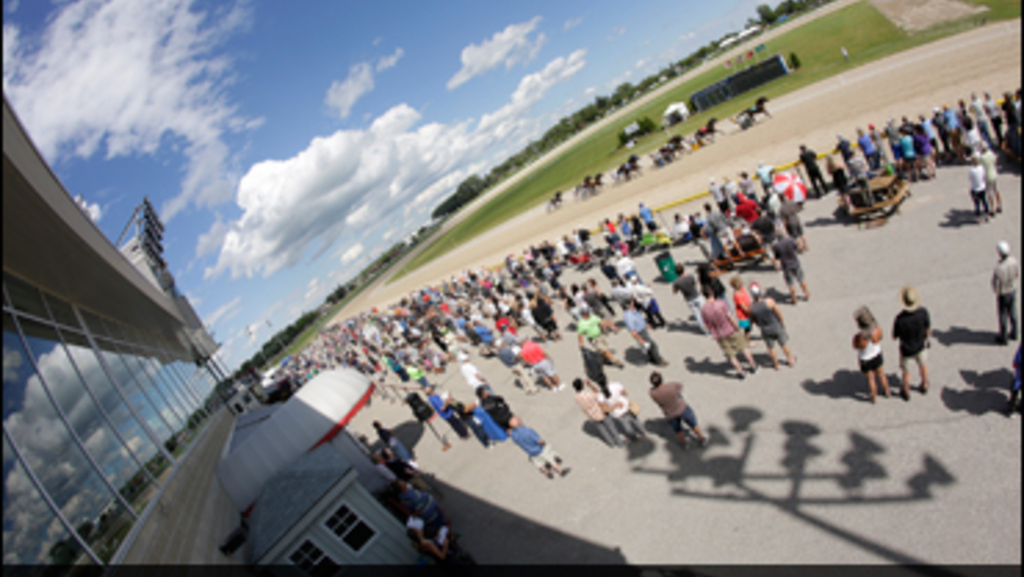 The track raced one extra day over 2014, but carded a total of seven fewer races in 2015. Despite this factor, total wagering on Grand River Raceway is up 36 percent, from $6.9 million in 2014 to $9.5 million this year. This figure represents an all-sources wagering increase of 38 percent per race over 2014. On-track handle saw a two percent increase in the amount wagered per race.

“This wagering increase reflects successful efforts by Woodbine Entertainment Group as administrator of the Standardbred Alliance,” explained Dr. Ted Clarke, General Manager of Grand River Raceway. “These efforts have provided an increase in the distribution of the racing signal and improved access to pertinent racing information on our website.

“We also credit the continued support of owners and trainers entering horses at Grand River Raceway, committed efforts by the onsite staff to both produce and deliver our product, and most importantly, a both loyal and increasing customer base. Thank you to all involved,” said Clarke.

The 49-day meet featured many new and annual events, including the 25th anniversary edition of the track’s marquee celebration, Industry Day. Fans wagered an event record handle of $312,548 during the afternoon card on August 3.

In cooperation with the Hands On Horses Program, more than 600 people drove a Standardbred racehorse on the track during events such as the annual Open House, provincial Doors Open, and Wanna Drive nights.

A new Guest Care Counter (GCC) was featured in the main lobby, acting as an information hub on race nights. The GCC was just one component in an initiative to transform guest care at the facility throughout the year based on comprehensive research, development and staff training.

The race season saw two new track records: Covert Operative trotted to a new best of 1:57 for three-year-old geldings on July 15 and Semi Automatic set a track record and Canadian season’s record of 1:53.4 for two-year-old pacing geldings during his Battle Of Waterloo elimination division on July 27.

Three drivers recorded career milestones at Grand River Raceway in 2015: Paul MacKenzie became the 28th winningest driver in the history of harness racing with his 8,000th win on June 3. Robert Shepherd notched win 2,500 on June 8 and Gord McKnight reached the 1,000 marker on August 5.

Driver Bob McClure of Elora topped the driver standings for the duration of the meet, and held off a late-closing Scott Coulter. McClure finished the season with 46 wins over Coulter’s 43. McClure, 25, is currently third (for wins) in the national standings with 242 wins and $1.5 million in purse earnings. This is his first Grand River Raceway title.

Richard Moreau of Puslinch took back-to-back training honours with 22 wins from 76 starts at Grand River Raceway — 13 wins better than his closest competitor. Moreau was the 2014 O’Brien Award-winner for top Canadian trainer, and is currently ranked number one in the nation for wins (192) and purse earnings ($2.5 million).

The off-season special events line-up includes Musical Murder Mystery Dinner Theatre productions in December (of 2015), January, March, May, September, November and December (of 2016). A Zombie-Pitch (three-pitch) Tournament is slated for October 24 in the track’s infield and the second annual Sno-Pitch Tournament will take place in early 2016.

The 2016 live racing season is tentatively set to kick-off at Grand River Raceway on Wednesday, June 1.

Hats off to the staff at