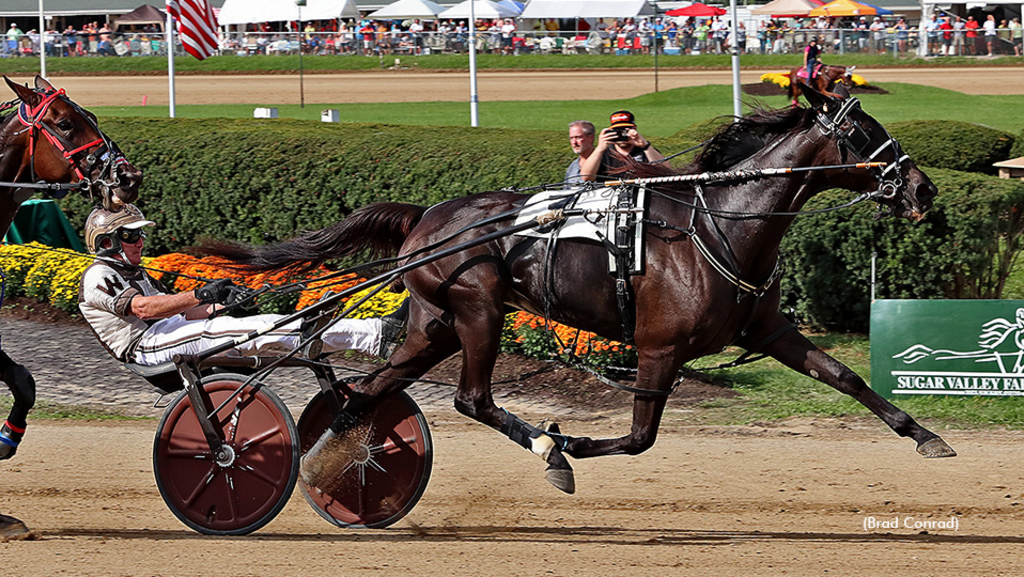 Trained by Melanie Wrenn, Bluebird Dove won the $91,500 Buckette in 1:52.2 to lower the world record for three-year-old trotting fillies on a half-mile track that was held by Herculisa by one-fifth of a second.

Driver Peter Wrenn made his move with Bluebird Dove at the :27.1 quarter mark, sending her to the lead from third and clearing early leader Disclosure (Tim Tetrick) on the way to the half in :56.1. She then rebuffed a challenge from 4-5 favourite Valentina Blu (Joe Bongiorno) past three-quarters in 1:24.1 en route to the record-setting victory. Disclosure finished second by three-quarters of a length and Valentina Blu was third.

The early action was frantic, as three pacers took their turn on top in the first quarter of the mile, but it was Valley Of Fear (David Miller) who made the final lead change and won the $41,531 Standardbred for two-year-old filly pacers. 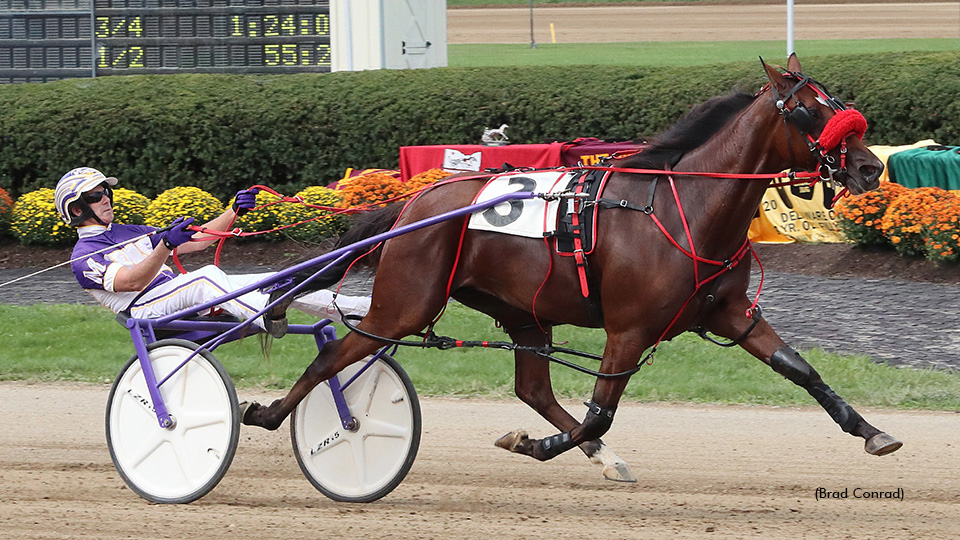 The winning time of 1:52.2 established a new stakes record and divisional track record.

Nancy Takter trains the freshman daughter of Father Patrick for Goran Falk and Christina Takter. Brunella has visited the winner’s circle twice this season and has now earned $69,493.

It was a Rose Run double in the Ohio Breeders Championship for two-year-old filly trotters as Rose Run Yolanda and Rose Run Yanae captured the two divisions.

In the second $59,057 division, Rose Run Yanae received a patient drive by Chris Page and cruised past Global Girl (Don Irvine Jr.) and Truly Relentless (Chris Lems) by less than a length in a track and stakes record 1:54.3.

Rose Run Yolanda (Trevor Smith) made it five straight wins as the freshman filly trotter scored in the first division with a 4-3/4-length romp.

Smith kept the daughter of Triumphant Caviar in the pocket behind Swinging Senorita (Anthony MacDonald) and was pulled out down the backstretch the sprinted clear of Swinging Senorita and Contechsfashion (Aaron Merriman) in 1:56.2.

The lone mare in the field, A Fancy Face, captured the $18,200 Ohio Breeders Championship for aged trotters.

A Fancy Face (Trevor Smith) defeated The Next Triumph (Dan Noble) and Omyheart (Cameron McCown) by three-quarters of a length. The final time of 1:53.2 equalled the stakes record.

The five-year-old My MVP mare is trained by Todd Luther for Greg Luther’s Black Magic Racing.

The 21-race Jug Day card will go postward at 12 noon on Thursday.

(With files from Little Brown Jug)