Record Mile For Waiting On A Woman 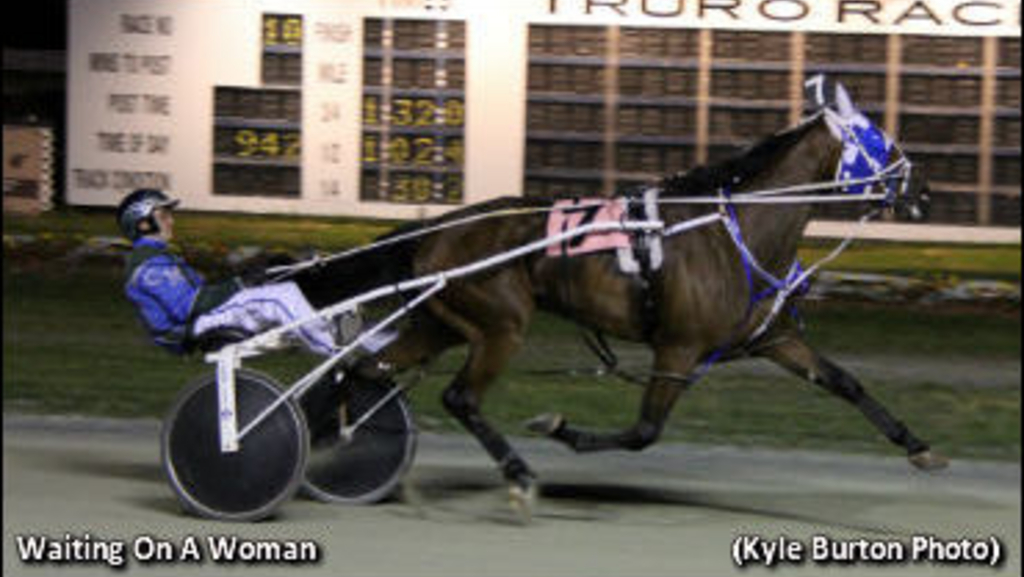 Two divisions of the PEI Colt Stakes highlighted Thursday evening’s 12-race card at Red Shores Charlottetown, and Waiting On A Woman became one of the fastest trotters to ever tour the half-mile oval

Trainer Mitch Tierney co-owns the son of Northern Bailey-Southwind Faith with David Tierney of Cornwall, NB, and together the partners have watched the gelding assemble a 5-0-1 record in eight starts this season. The 15-time winner has stashed away $53,795 in purse earnings to date.

The 1:58.4 performance lowered Zip The Lip’s former track record of 2:00.3, and it matched the all-age record held jointly by the older trotting gelding, Moblessinsdinblues.

Contrary to the name of the stake – the PEI Colt Stakes – a filly took home the hardware in the lone division for the two-year-olds earlier on the card.

My Daisy Duke front-stepped to her 2:06 triumph in that tilt for trainer/driver Ronnie Gass. The daughter of Northern Bailey-Dusty Lane Buck led through panels of :30.1, 1:01 and 1:34 before using a :32-second final quarter to seal the deal by 1-1/2 lengths. Sweetwater Rukkus was next best, with Majian Dillion taking home the show dough.

Ken, I counted 5 pylons but

Ken, I counted 5 pylons but for 3 of them they were hit by the wheel of the bike and I think the rule states that if any part of the bike hits the pylon then it's not considered as going inside of them

The horse that was second

The horse that was second went inside 4-5-6??? pylons going into the turn past the half. How is there no placing for that?

Great record mile. How many

Great record mile. How many times are you allowed to go inside the pylons? Past the half I lost count how many times the inside horse did. I thought we were back in Buctouche N.B. for Sunday afternoon racing for a minute.LOL