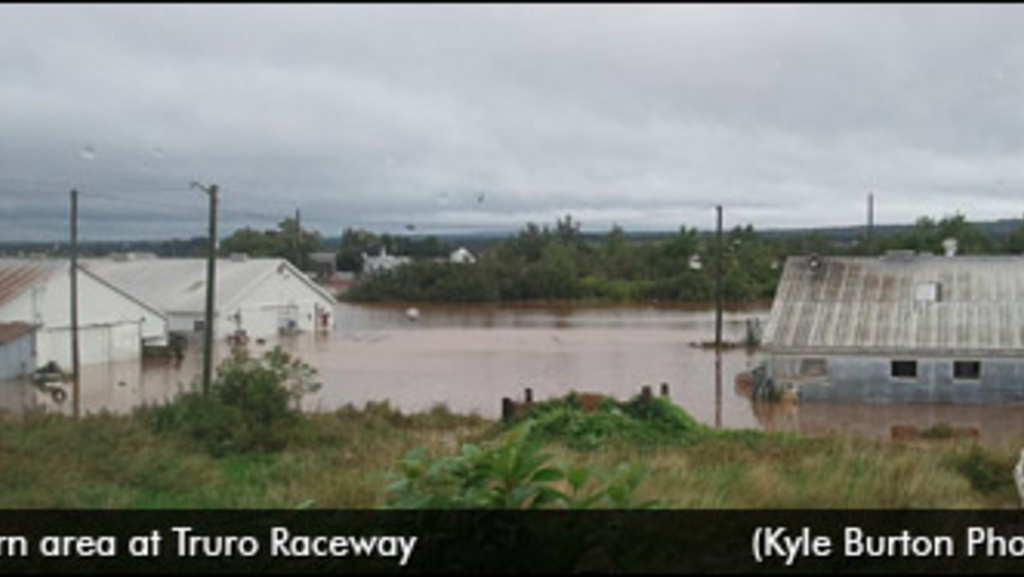 Heavy rains caused flash flooding in many parts of Nova Scotia on Monday, September 10, including Truro Raceway, which became an evacuation zone for many horsemen stabled at the half-miler.

Trot Insider has learned that all horses have safely been relocated to a safe area, and early reports indicate no persons or horses were injured.

One horseman reported the water came in like a river. His barn was dry one moment and then 10 minutes later it had 1-1/2 feet of water in it.

Updates will be posted when more information becomes available.