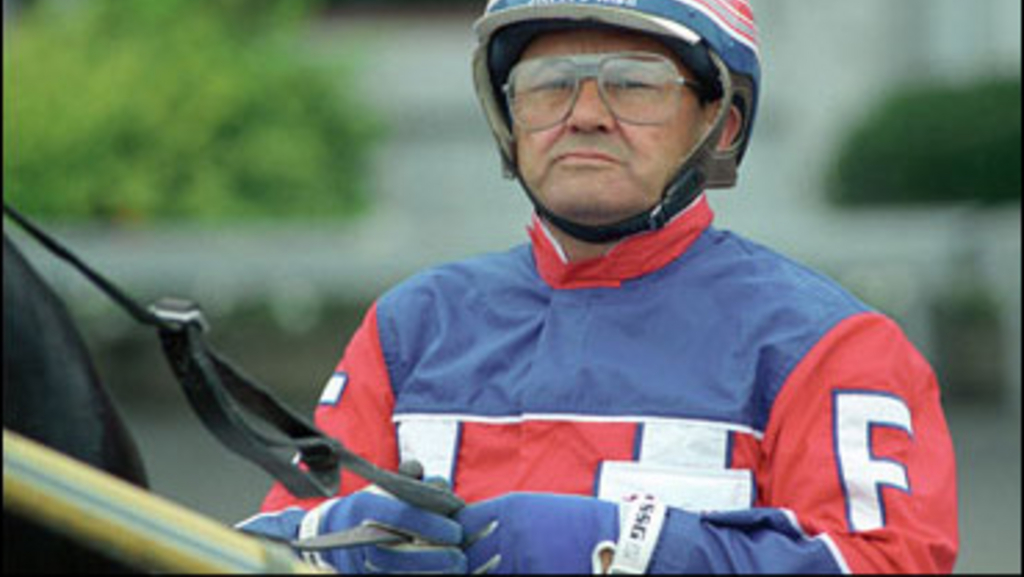 Clinton Raceway has added one of the most legendary Canadian drivers of all time, Herve Filion, to their Legends Day line-up on Sunday, August 18.

He will be driving for Dave Wall, who injured his shoulder in a training accident last week.

For many years Filion held the record for the most races won by any driver in North America, a total of 15,180. That number was surpassed last year by Dave Palone, who idolized Filion in his youth. Filion was the youngest driver to ever be inducted into both the Canadian Horse Racing Hall of Fame (1976) and its US counterpart (1975). As the great Billy Haughton once said: “There are a lot of good harness drivers, a few great ones … and then there is Filion.”

A recipient of numerous awards on both sides of the border, including the prestigious Lou Marsh as Canada’s Professional Athlete of the Year in 1971, Herve Filion hung up his silks last year with a total of 15,183 wins to his credit. He has graciously agreed to dust them off to compete in the always popular Legends Day Trot.

(with files from Clinton)

I really hope to be able to

I really hope to be able to make it to Clinton Raceway for this incredible event. Getting Herve Filion, Billy O'Donnell, John Campbell, Ron Waples, Clint Galbraith and on and on the list goes, together at one event and racing against each other again is better than going to the Stanley Cup final for me. I am really going to try and make the drive down to Clinton Raceway for the first time for this. It should be awesome.

It was a treat and a thrill

It was a treat and a thrill to watch you race in Rideau Carleton racetrack
October 7th, 2012. I was happy to read on the Standard bred Canada website that you are coming to Clinton Raceway on August 18th, an opportunity I hope not to miss. These occasions do not happen often for race-fans.