So Much More Joins $1-Million Club 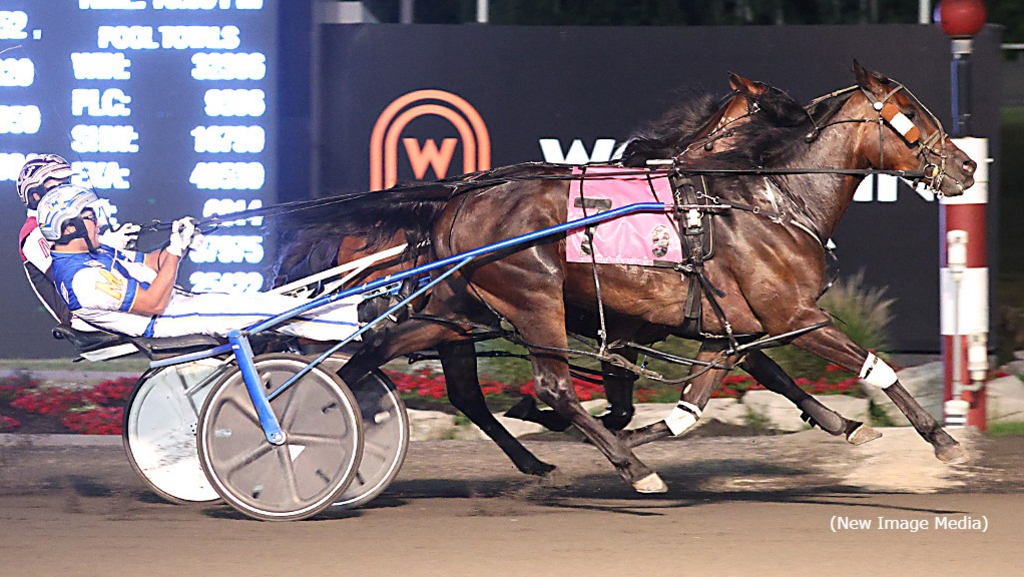 Welcome to the $1-million club.

The six-year-old mare not only won the $38,500 Fillies and Mares Preferred Handicapped Pace, but also eclipsed the $1-million mark in career earnings.

The daughter of Big Jim scored a 1:50.4 win, her second consecutive victory, to give her eight wins in 21 starts this year.

She left from Post 6 for driver James MacDonald on Friday and had a spirited battle with fellow race favourite Shes Nun Bettor N (Doug McNair) from start to finish. 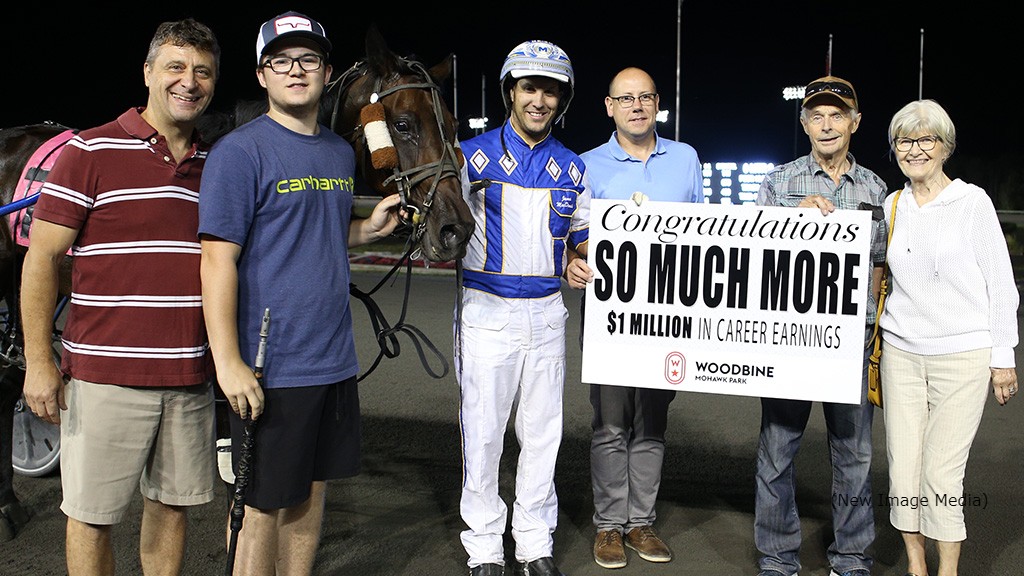 So Much More led an opening quarter of :26.4, but Shes Nun Bettor N and McNair battled right back and immediately took the lead back through a :55.2 half.

Shes Nun Bettor N continued to hold the lead at a 1:24.2 three-quarters, but So Much More was right on her heels, and made her move on the outside on the final turn.

So Much More had some work to do in the stretch, making up the distance and fighting hard to the end, and she passed Shes Nun Bettor N just before the line to win by a neck in a thrilling finish.

Don Beatson of Granton, Ont., trains the six-year-old and shares ownership with Kenneth Beatson of Palgrave, Ont., and Cole England of Exeter, Ont.