Kele Kele Comes Up A Winner At Saratoga 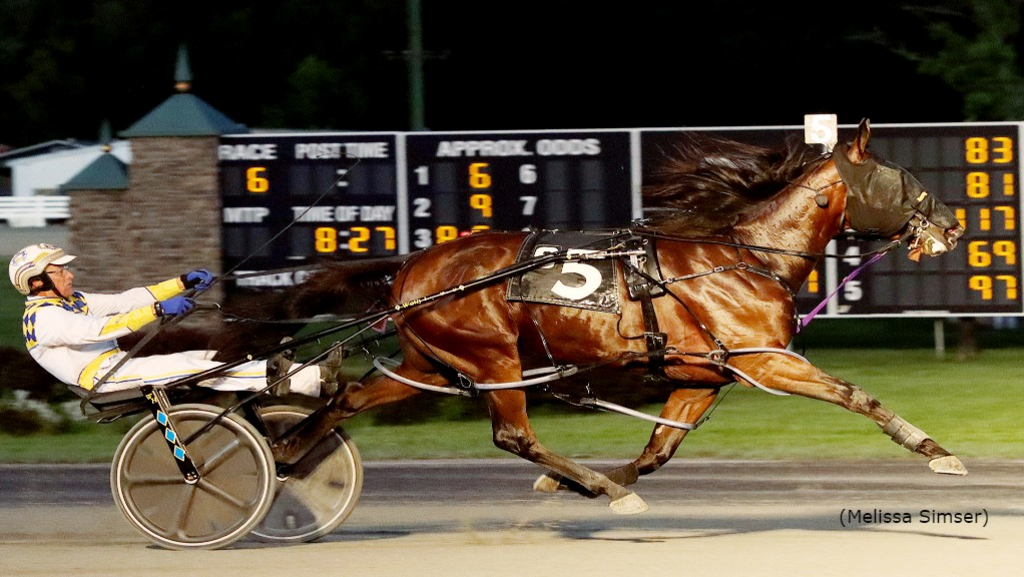 Two fields of five were featured and each went for a purse of $82,500.

John Mc Dermott’s Kele Kele (sired by So Surreal) is in the midst of a strong sophomore season that saw her hit the board in each of her 10 starts on the year heading into Friday’s try.

Wally Hennessey catch-drove Kele Kele and powered the filly out to the early lead. After favourable fractions in lap one, Kele Kele had plenty in reserve for the final half and prevailed by almost two lengths in 1:53.3.

The Mc Dermott trainee paid $6.10 to win in what was her third victory of the season. Kele Kele is owned by Garofalo, Hurrikane Racing LLC and Jonathan Klee Racing.

The other $82,500 division of the N.Y. Sire Stakes also saw a wire-to-wire winner as Just Divine (sired by Huntsville) recorded her first victory of her 2022 campaign. The runner-up in the Sire Stakes Final as a two-year-old last season, the Ron Burke-trained Just Divine drew the rail on Friday with Jordan Stratton at the controls.

The sophomore enjoyed comfortable fractions on the lead while traveling unopposed through a half in 58.3. From there, Just Divine had to hold off pocket-sitting favourite Valar Dohaeris (Mark MacDonald) and did so to secure her first score of the season, stopping the timer in 1:53.4. Just Divine paid $5.40 to win as her race’s second choice in the wagering.

Just Divine is owned in partnership by Donovan, Sbrocco, Henderson and Purnell&Libby.

Valar Dohaeris finished a strong second to lengthen her “on the board” streak as she has now finished in the top three in all seven starts in 2022.

Live racing continues on Saturday at Saratoga. There will be a Pick 5 carryover of $1,967. The Pick 5 begins in the evening’s first race, which is set for 6:45 p.m.