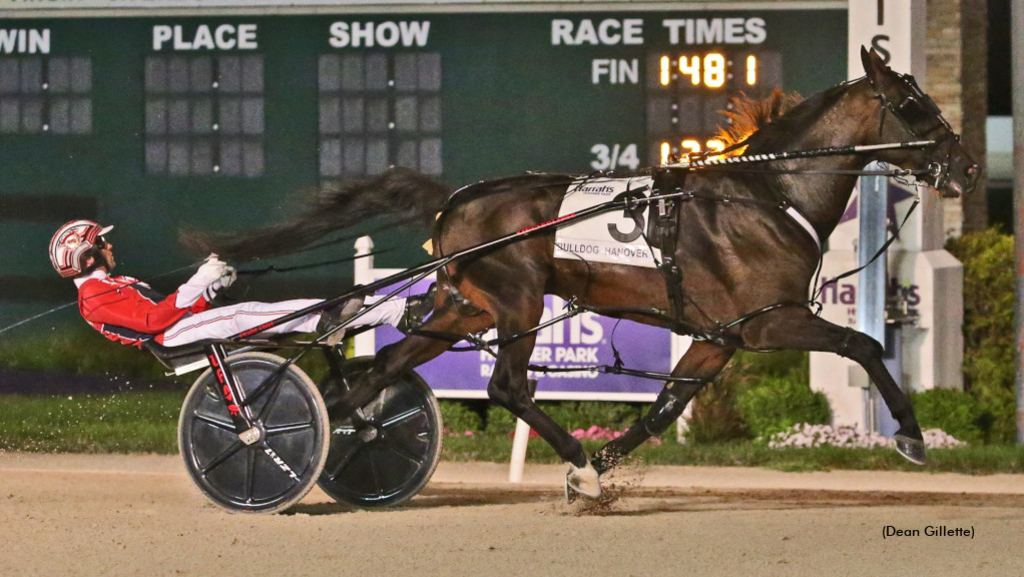 Only seven of the 29 horses receiving at least one point in the Week 10 Hambletonian Society/Breeders Crown poll were in action last week, resulting in little movement in the Week 11 rankings released Tuesday, Aug. 16.

Four-year-old male pacer Bulldog Hanover, who won the Dan Patch Stakes this past weekend, held on to the No. 1 spot for the sixth consecutive week. He was followed in positions two through six by Bella Bellini, Alrajah One IT, Test Of Faith, Joviality S and Beach Glass. All five of those horses were idle.

For the first time this year, there were no newcomers to the Top 10.

I made a list of what will most likely be the last 8 races of Bulldog's career, based on what he's already been staked to:

He also may be eligible for The Jim Ewart on 9/10. There's no list of the horses that have been nominated to the race on the Scioto Downs website.