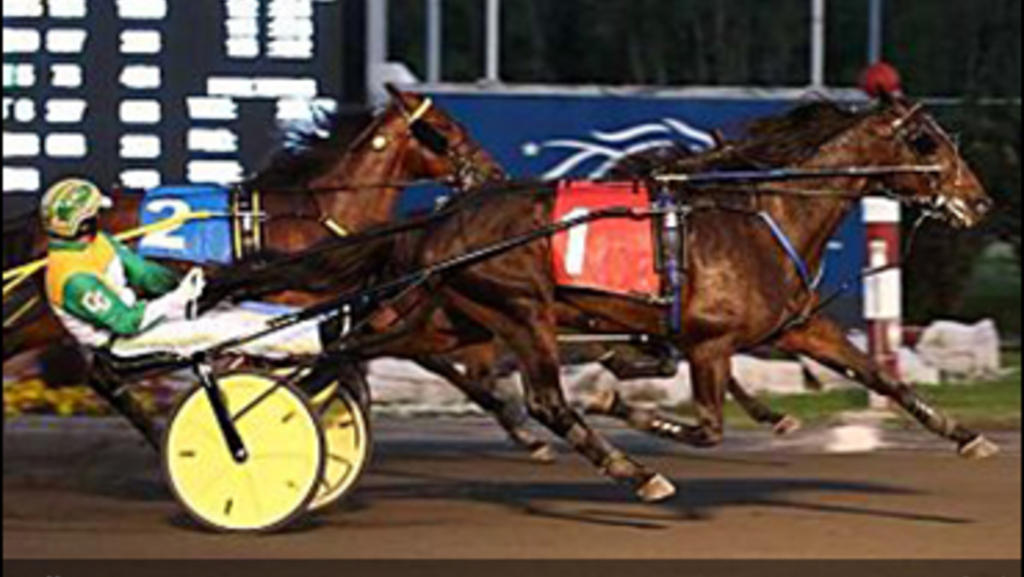 John Butenschoen expects a good effort from Bills Man in Saturday’s $250,000 Graduate Series championship for four-year-old trotters at the Meadowlands Racetrack. The only question is how good.

Bills Man was more than good in his most recent start, winning with a then track-record-equaling 1:52.1 mile at Harrah’s Philadelphia on June 21. For his career, Bills Man has won eight of 39 races, cashed a check a total of 32 times, and earned $557,229. He closed last season with a victory in the Matron Stakes.

He finished second in a division of the Graduate Series on June 10 at Tioga Downs and was fourth in two prior rounds of the event.

Bills Man, a son of Credit Winner out of Silver Springs, will start from post 7 with Corey Callahan driving for owners Crawford Farms Racing, M And L of Delaware and VIP Internet Stable. He is 8-1 on the morning line.

Butenschoen also sends out Don Dream in the Graduate final. He will start from post 6 with driver Brett Miller and is 15-1. Don Dream, a son of Donato Hanover out of Gabbys Dream, has won seven of 21 career races and earned $128,803. The gelding is owned by Crawford Farms Racing.

“It’s nice to be able to start the year off racing against four-year-olds,” Butenschoen said. “I think they’re both coming into the race in good shape.

“We’ve got a chance here now for two weeks to race for some really serious money before we’ve got to jump and tackle the open boys down the line,” he added, referring to the July 14 Hambletonian Maturity for four-year-old trotters at the Big M. “I think it’s a good way to get their feet wet. Bills Man started early last year and raced all the way through the Matron, so he didn’t get a whole lot of time off. So it’s nice when they come back they don’t have to race against horses that are a little more seasoned. It’s a good springboard.”

Ariana G, the lone female in the Graduate trot field, is the 3-1 favourite. Yannick Gingras will drive the mare from post 8 for trainer Jimmy Takter and owners Marvin Katz and Al Libfeld.

Racing begins at 6:35 p.m. The Graduate Series finals are races five and 10. The Meadowlands Pace eliminations are races six and eight.

Butenschoen will be busy in the Graduate for pacers, too, with Funknwaffles starting from post 6. Funkwaffles, a two-time New York Sire Stakes champ, will have Callahan driving for Crawford Farms Racing and is 10-1. For his career, Funknwaffles has won 13 of 34 races and earned $874,223.

He is winless in six starts this season, but has a second-place finish behind Filibuster Hanover in a preliminary round of the Graduate. In his most recent start he was seventh in an elimination of the Ben Franklin Pace on June 23 and bypassed the Franklin consolation last week to refresh for the Graduate final.

“He’s been victimized in most of his starts by post positions,” Butenschoen said. “He’s raced extremely well but he doesn’t have a lot to show for it. The one time he did get a chance to strut his stuff he was a close second to Filibuster at Tioga. He’s not a very big horse, but a very game horse. We figured let them go at it hard (last week) and hopefully we’re a little bit fresher. If we can work something out I think we’re OK.”

Highalator, who has won three of his past four races, including two preferred handicaps at The Meadowlands, is the 3-1 Graduate pace favourite from post 10. David Miller will drive for trainer Jenny Bier, who shares ownership with Joann Dombeck and Midsize Construction.

Following is the Graduate Series championship field for four-year-old trotters.

Following is the Graduate Series championship field for four-year-old pacers.