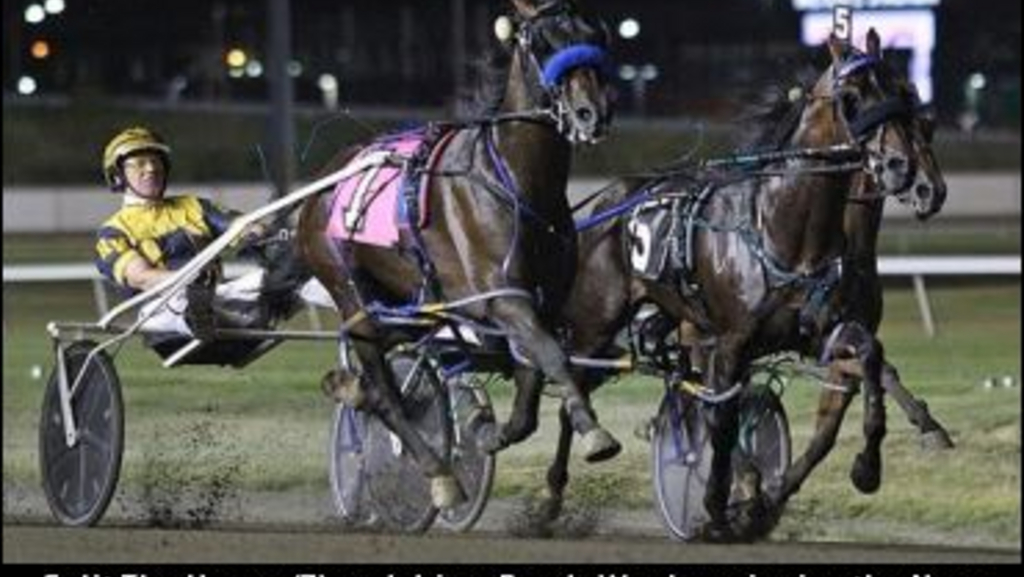 “For a breeder, there is nothing more satisfying than seeing a horse you've raised go on to do well for its new owner. It is a years-long process with many pitfalls along the way.”

Mark Mullen of Fair Winds Farm in Cream Ridge, NJ had two reasons to celebrate on Saturday night – the winners of both the $200,000 Anthony Abbatiello New Jersey Classic for three-year-old New Jersey-sired pacing colts and geldings and the $100,000 Thomas D’Altrui Miss New Jersey, the companion event for fillies were born at his farm.

“For a smaller breeder like Fair Winds, it is particularly gratifying to experience two big stakes wins on the same night at the greatest racetrack in North America (the Meadowlands),” said Mullen. “We are very happy for all the connections!”

Split The House, by Rocknroll Hanover and out of Shake That Junk, captured the New Jersey Classic in 1:48.3 for trainer James ‘Friday’ Dean, while Wicked Little Minx, also by Rocknroll Hanover, is out of Beachy Lady and won the Miss New Jersey with a 1:50 mile. She is trained by Nancy Johansson for owner Courant AB of Stockholm, Sweden.

“Steve Jones and I bought Beachy Lady from a Perretti dispersal at the Harrisburg Mixed Sale in 2011 for $37,000,” Mullen recalled. “She was carrying this Rocknroll Hanover foal (Wicked Little Minx). She was foaled and raised at Fair Winds. We sold her at the sale for $50,000. As with many Rocknroll Hanovers, she was big, strong and with good conformation. Ake Svanstedt trained her at two.

“She has a Well Said colt to sell at Harrisburg this fall,” Mullen noted.

Split The House is owned by Ontario-based Scott Horner of Toronto, Peter Milligan of Mississauga and James J. Dean of Guelph

Both mares are still at Fair Winds Farm with ‘Beachy’ in foal to So Surreal and ‘Shake’ in foal to American Ideal.