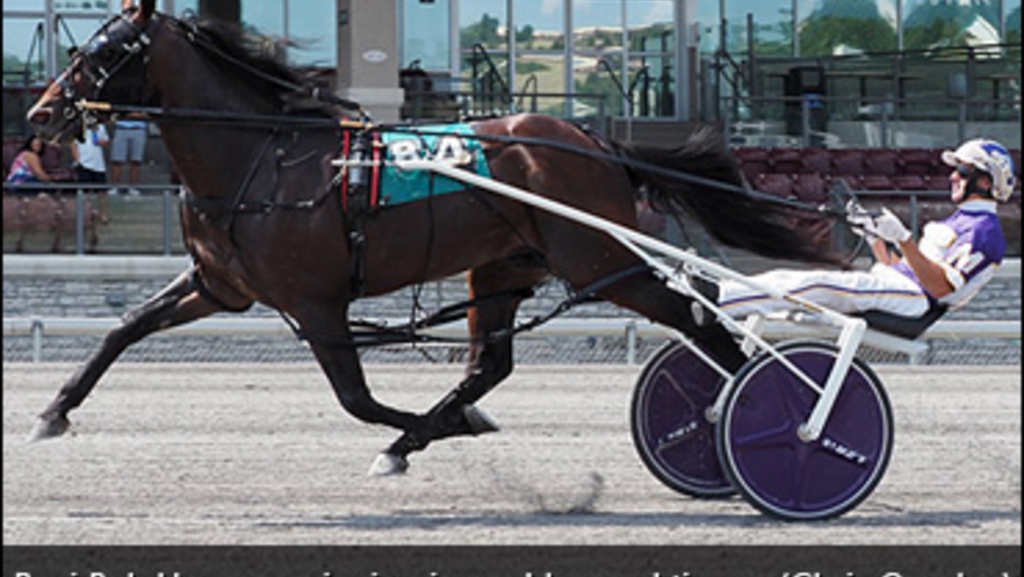 Papi Rob Hanover blazed his way to the $375,000 final of the Delvin Miller Adios Pace for the Orchids, establishing a new world record of 1:47.1 for a three-year-old colt on a five-eighths mile track in his $25,000 Adios elimination on Saturday (July 25) at The Meadows. Also winning eliminations were The Greek Freak and Catch The Fire.

Joining the three winners in the Aug. 1 final are Later Dudes, Chief Mate, No Lou Zing, Sweet Truth, Capt Midnight and Elver Hanover. Connections of the elimination winners will choose their post positions Tuesday, with their order of selection determined by random draw. All other post positions will be randomly drawn.

The Adios Day card is a blockbuster, featuring two Grand Circuit stakes in addition to the Adios as well as Pennsylvania Sires Stake and PA Stallion Series action.

The Meadowlands Pace runner-up, Papi Rob Hanover was comfortably in front after quarter-poling to the point for David Miller following Captain Barbossa's unrealistic :25.3 opening panel. The son of Somebeachsomewhere-Panera Hanover reached the half in :53.3 and three-quarters in 1:20.3, but he wasn't done yet, clicking off the final panel in :26.3. More than 10 lengths back was Sweet Truth, second placed third for a pylon violation, while No Lou Zing was elevated to second.

Brett Pelling, who trains Papi Rob Hanover for David McDuffee, said he wasn't concerned that the swift mile might leave him short next week.

"He came out of the Meadowlands Pace great, and he proves he needs to race. He just needs more racing," Pelling said. "Every race has been better than the one before, so he's on the right track.

"Could he bounce off that? He's a big, strong horse. Nothing's ever knocked him around yet, so he'll be fine."

The time knocked a tick from Betting Line's previous world record set in 2016 at The Downs at Mohegan Sun Pocono. In addition, the mile is the fastest ever paced at The Meadows, lowering Bolt The Duer's former standard of 1:47.4. 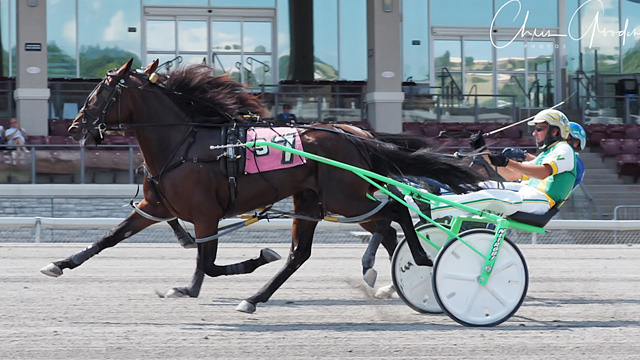 Catch The Fire endured a demanding opening panel -- 26.2 while wide -- and held on gamely to score in a career best 1:49.3 for Mike Wilder, trainer John Ackley and owner CT Stables. Capt Midnight was a head back in second, with Elver Hanover third.

"He could have been fourth or fifth in the Meadowlands Pace final, but we got hung up at the top of the lane," Wilder said. "When you're going miles in 1:47, you can't get stopped. Today I wanted to make my own luck. He showed up like he always does." 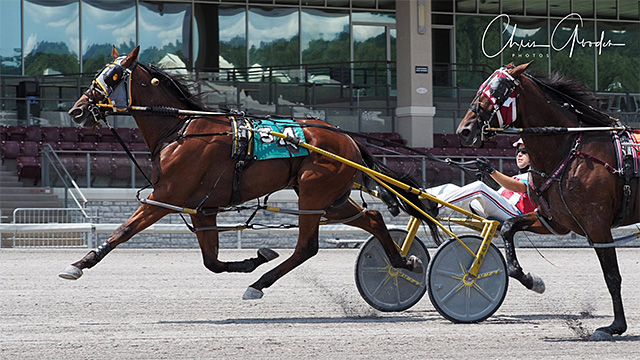 After a brief skirmish for the lead, The Greek Freak controlled the mile and earned his berth in the final with a 1:49.4 win, fastest of his career and his fourth straight victory. His job was made a touch easier by the break of the pocket-sitting Sandbetweenmytoes as the field straightened for home. Later Dudes was second, beaten half a length, while Chief Mate completed the ticket.

"He's getting better every start," said winning driver Matt Kakaley. "He was really, really good again today. We got an easy second quarter. That's what we wanted to do, save some for next week. I'm really happy with him and looking forward to next week."

You've GOT to wonder: if Papi

You've GOT to wonder: if Papi Rob Hanover and Tall Dark Stranger had post positions right next to each other in The Meadowlands Pace elimination and in the final, would the results have been any different??

Scary thought: Papi Rob Hanover may be as good as his dad or better.

There's another one out there that's no 'stranger' to this one. Wow look at those lines, they're still tight. It's on now, I hope these two great sired horses clash again in the NA cup because Papi Rob Hanover has a score to settle. Please Brett, could you bring this colt back to Canada one more time.

And a little better post relief would be nice.