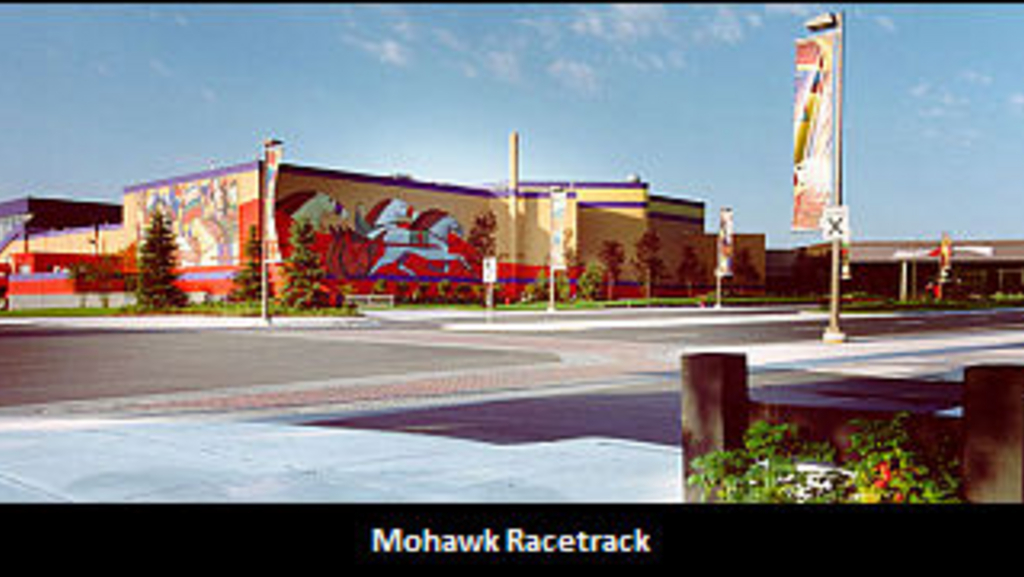 pacer No Flash In Pan.

As the field passed the third quarter pole, Visible Gold fell from fourth (third at the rail) catapulting driver Jack Moiseyev from the sulky. No Flash In Pan collided with the fallen pacer from behind also sending driver Luc Ouellette flying from his bike.

Moiseyev was tended to by EMS staff and transported to local hospital by ambulance. Moiseyev's fiancée, Joanne Colville, confirmed that he suffered a broken fibula, but is doing well. He is hoping to see a specialist this week.

“He is very uncomfortable right now,” Colville told WEG's Media Department late Saturday night. “He will be better when we can get him home and into a comfortable bed. There have been some guys already into the emergency room to see him, which brought his spirits up.”

Ouellette managed to walk back to the paddock under his own power. He drove in the following three races before booking off his remaining drives.

Visible Gold suffered some scrapes and cuts, but walked off the track under his own power.

Reports indicate that No Flash In Pan died from injuries suffered in the accident. The three-year-old son of No Pan Intended-Hawaiian Flash had won four of 19 races in his early career banking just under $20,000. The James Lamacchia trainee is owned by Pepiniere Nicky Inc. of Lery, Que., Paul Emile Duval of Vankleek Hill, Ont., and Johnny Marvento of Saint-Leonard, Que.

Please join Standardbred Canada in offering condolences to the connections of No Flash In Pan and in wishing Jack Moiseyev a speedy recovery.

From the Kunen family
Mark/Ryan/Shirly/Britt/Jess/Danille

As one of the owners of

As one of the owners of Flash I would like to send my sympathies to James Lammacchia, a friend, trainer and all for the horse person. We will all miss Flash but none as much as you. Paul and Johnny, sorry for your loss, let's find another Flash. To Luc, Jack and family, tomorrow will bring a better day.

Hello Everyone,
I'm Michael, Jack's son. I just saw him a couple minutes ago and he is fine, he hurt his leg pretty badly otherwise he is a ok :) and I'm sorry for any connections to No Flash In Pan... You have my sympathy along with prayers :)
-Michael Moiseyev

Hope that both Jack & Luc

So very sorry to hear about Flash. This is so tragic and all horseowner's greatest fear. Thinking about Paul & Jim at this time of loss. Wanted you to know your friends are here for you.

In reply to Condolences to the by Norm F

Glad to hear that Jack's

Glad to hear that Jack's injuries weren't more severe and wishing him a good recovery. My condolences to the connections of No Flash In Pan. Very sad.

All the best with a safe

All the best with a safe recovery. I met the team on Friday... Looks like you will be well taken care of

Condolences to the connections of Flash In The Pan.
and wishing Jack a speedy recovery.

This happens to be the worst

This happens to be the worst thing about horse racing in general, accidents. The drivers lives are at stake whenever they happen, the same goes for the horses. Hopefully Jackie Mo will be ok, and my sincere condolences to the connections of No Flash in Pan. One more thought I have on this, watching this happen at WFR tonight was terrible, and I just feel whenever there is a bad accident like this, they should NEVER replay that race. I'm sure there are others that feel the same way as I do, nobody wants to see that happen again during the replay. Please pass my thoughts onto the OJC, like I mentioned I'm sure others feel the same way I do.

First sorry to hear about

First sorry to hear about the loss of No Flash in Pan. Hope Jack & Luc are ok. It seems these accidents are happening more frequently. Mark MacDonald, John Campbell, tonight's accident. Are the horses being pushed beyond their capabilities or is this one of those things?

my sympathies go out to

This is one of those things

This is one of those things that you really hate to see happen. Hopefully jack is ok and condolences to the connections of No Flash in Pan

Hope Luc & Jack are ok My

My sympathies to anyone who knew & loved No Flash in Pan. Sorry for your loss.