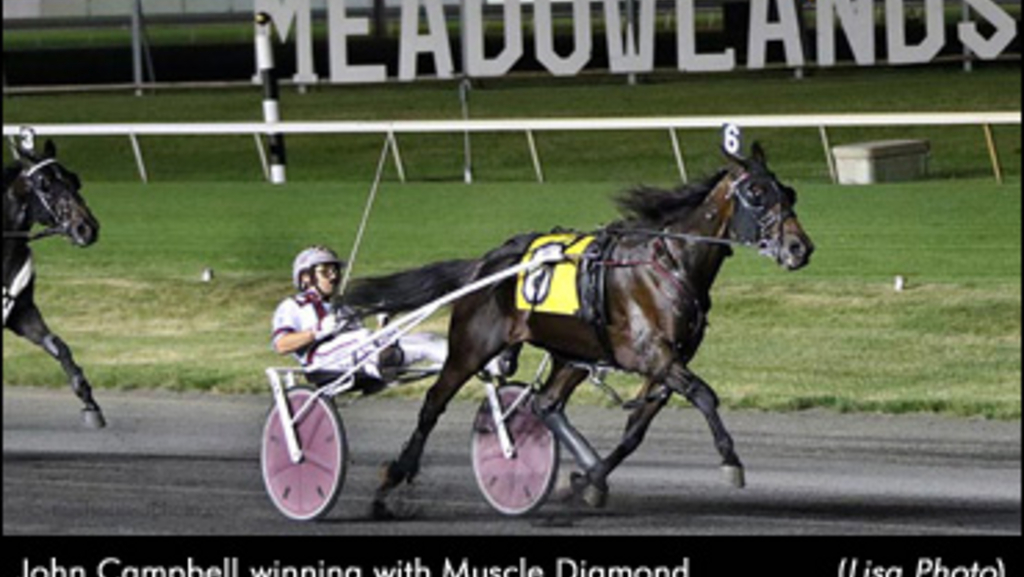 It only seemed fitting that Hall of Famer John Campbell, the greatest driver in harness racing history, would win his final Meadowlands drive. But since he's John Campbell, he did one better and won his final two races at the New Jersey oval.

Campbell lowered the curtain on his Meadowlands career by winning with Muscle High and Muscle Diamond in his final two drives on Friday night (June 30) in front of family, friends, and generations of harness racing fans who packed the Big M to wish Campbell farewell. 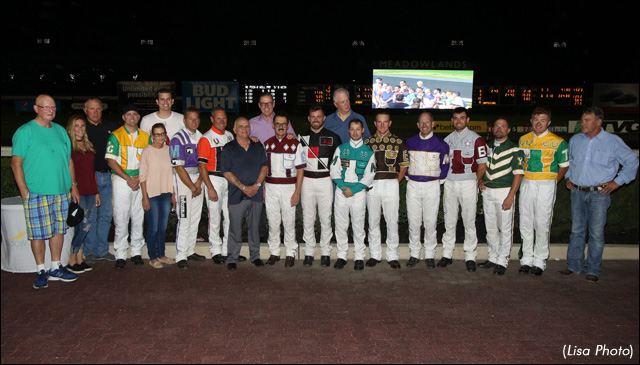 The 62-year-old Campbell first came to the Meadowlands in 1978. During his five decades in the sulky, he won a record six Hambletonians, seven Meadowlands Pace trophies, and 48 Breeders Crowns.

After his final trip around the Meadowlands oval, Campbell's fellow drivers came to the winner's circle to shake hands and show their appreciation for the man who revolutionized the sport. 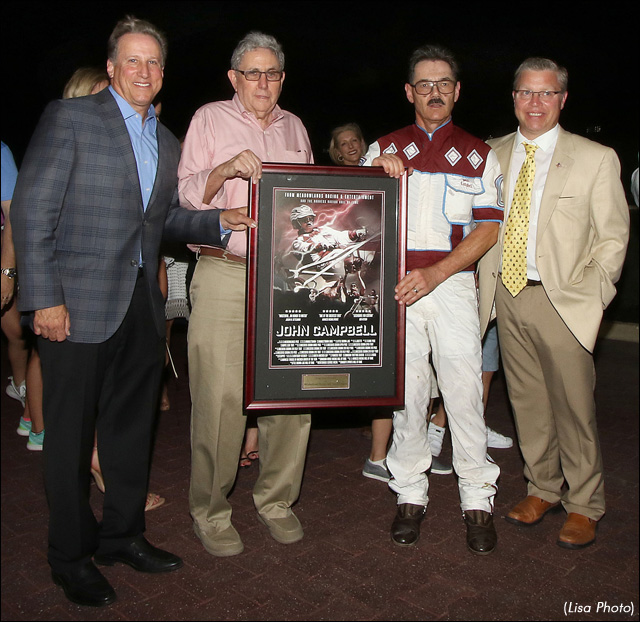 Campbell will participate in two final races at Goshen this weekend and at Clinton Raceway in Ontario at the end of July. He will assume his new role as President and CEO of the Hambletonian Society on July 1.

While Campbell's career is coming to a close, a pair of two-year-olds began their careers in impressive fashion.

Jimmy Takter unveiled filly trotter Manchego in a maiden race. The daughter of Muscle Hill kicked home in :27 flat to win in 1:54.4.

Two-year-olds were also featured in New Jersey Sires Stakes action. The $20,000 first leg division winners included two-year-old trotting filly Be Bop Sally in 2:00.1 on the wagering card, and trotting colt U Need Stones in 1:59, pacing filly Hurrikane Empress in 1:58 and pacing colt Melanies Fran in 2:00 in a trio of non-wagering events.

John has gone out a winner at

John has gone out a winner at The Meadowlands, just as he started at Windsor Raceway.