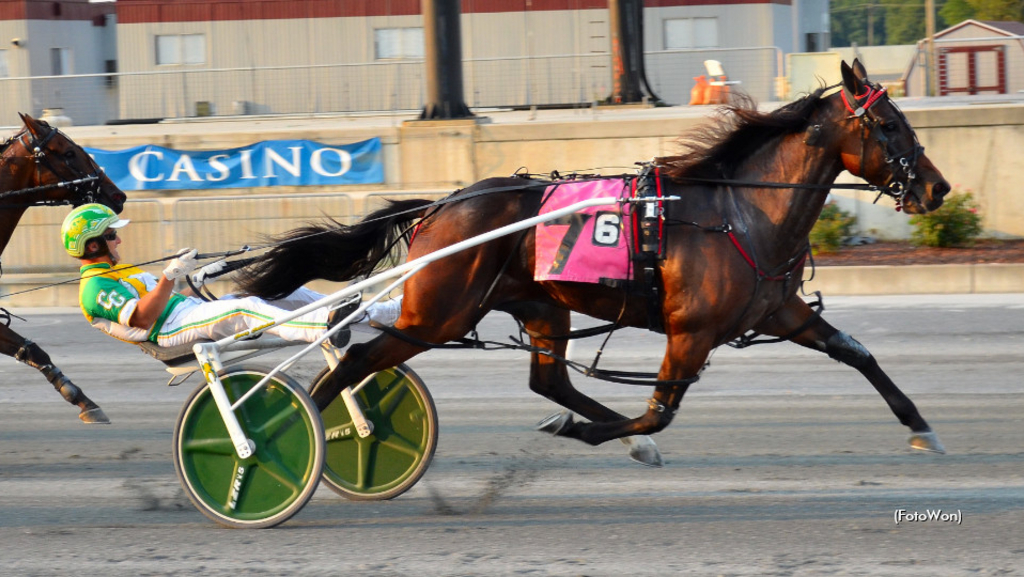 Royal Tang (Russell Foster), who led most of the way prior to the mishap, fell on the backstretch near the three-quarters and impeded the progress of trailing horses, Victory Move (Cody Poliseno), Outclassed (Corey Callahan) and Due West (Art Stafford, Jr.), who also fell.

Callahan and , Jr. were taken to area hospitals for further evaluation. No further information on their condition was available at the time of this writing. Royal Tang suffered a catastrophic injury and was tragically euthanized.

The other horses and drivers involved appeared to escape serious injury.

A 15-card was contested as three cards remain before the customary summer break.

The nine-year-old Art Major mare received a pocket trip and outkicked pacesetter Anneke through the stretch for a one-length win. Anneke held second while Incaseyoudidntknow rallied for third.

It was the fourth straight win for My Kiwi Lady N, who is trained by her owner.