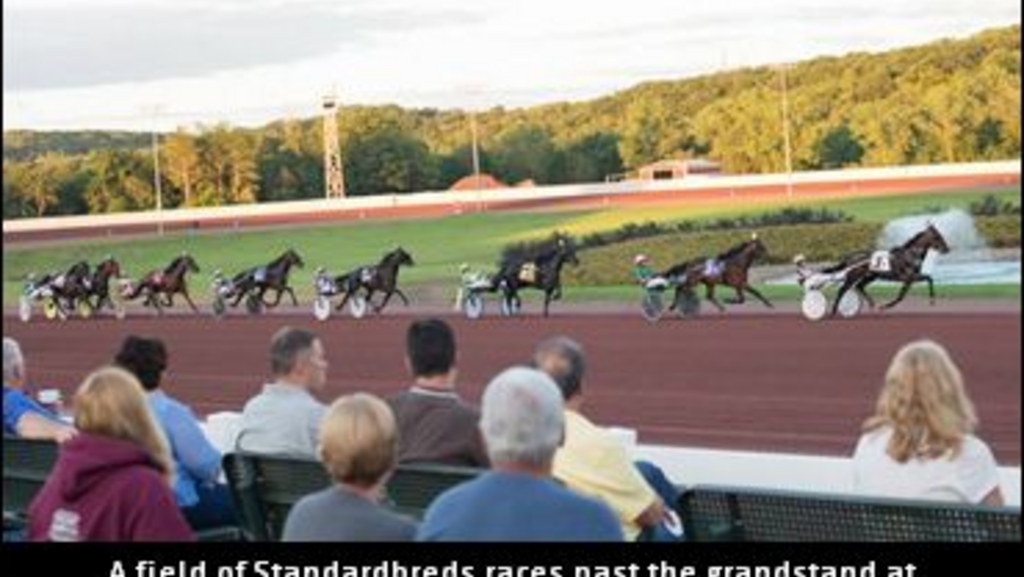 The stars will be out in full brilliance this Saturday night (July 1) at The Downs at Mohegan Sun Pocono, which is proud to host the $2,169,500 Sun Stakes Saturday card.

The horses earned their way into these championships by finishing in the top three in their elimination races last Saturday – a couple of highly-regarded horses did not make the cut, but many of those will be racing in the consolation races for the four events throughout the card. The draw for this Saturday’s championship events was conducted as an open draw – which, as always, helped the chances of some and may be a hindrance to some others. There will be no betting-coupled entries.

The four championships will be Races 9 through 12 on Saturday’s 14-race card. Below is a preview of each championship as they are being held from front to back on the card, followed by the entire field by post with listed driver and trainer, and then a paragraph on its consolation race.

To view all of the replays from the eliminations, click here.

The three elimination winners all drew in the middle of the gate or inside that, with the two most likely to draw attention, Tequila Monday and Agent Q, starting from posts one and four, respectively. The American Ideal filly Tequila Monday, who won her elimination by a nose over Idyllic Beach in the elims’ fastest time of 1:50.4, may again try to go wire-to-wire from the pole as she did last week for driver Brian Sears, trainer Chris Oakes, and owners Susan Oakes and Chuck Pompey. Agent Q also favours speedy tactics, and went wire-to-wire last week in 1:51.1 for driver David Miller and trainer Aaron Lambert. Martin Scharf shares ownership in the Western Terror filly with Rochetti Cassar Racing and Robert Muscara.

Idyllic Beach, last year’s North American divisional champion and just shaded by Tequila Monday in the fastest elim last week, had a major monkey wrench thrown into her plans for victory when she drew the outside post nine; driver Yannick Gingras will need both sulky creativity and racing luck to overcome this tough starting slot.

$50,000 Lynch Consolation (Race 2): Roaring To Go, 2-1 in the elim won by Brazuca, was used in a :26.1 opening quarter and could only manage a dead-heat for fourth; the rail gives her a good chance to race well-placed throughout. The fastest clocking of all the Lynch consolation entrants from last week, 1:51.4 by YS Tallia, will find that fourth-place finisher starting from post five here.

The two superstar colts from the Brian Brown stable – Fear The Dragon and Downbytheseaside – find themselves sharing the headliners’ spotlight with Miso Fast, who halted the 2017 undefeated string of the ‘Dragon’ with a powerful victory last week.

Fear The Dragon had been put on the lead in his elimination, but driver Matt Kakaley got an instantaneous burst from the Roll With Joe colt Miso Fast when he asked him off the second turn, smoking his personal third quarter in 26.2 to open up a big lead, then having enough to come home in :26.4 to post the victory in 1:49.2 for trainer Ron Burke and the ownership of Burke Racing Stable LLC, Our Horse Cents Stables, and J&T Silva Stables LLC. Miso Fast will start from post four Saturday as he tries to put together a repeat performance.

Fear The Dragon, #1 in the North American Top Ten poll of harness horses going into the race, was certainly not disgraced in the mile – in fact, he came his last quarter in :26.2, faster than Miso Fast did, and regained all but one and a half lengths of Miso Fast’s huge advantage. The Dragon Again colt drew the rail in the Hempt Championship for driver David Miller and the Emerald Highlands Farm.

The other Brown sophomore star, Downbytheseaside, also posted a 1:49.2 clocking in winning his elimination, showing determination with horses charging at him late. Downbytheseaside had his chances hurt a bit when he drew post eight, but he figures to work his way into the mix for ‘Team Brian’s other partner, driver Brian Sears, to be inducted into the Hall of Fame the next day.

$75,000 Hempt Consolation (Race 7): Every Way Out and Blood Brother were 6-5 and 2-1 respectively in their elimination last week, but both broke stride. Every Way Out will get a chance for redemption in the consolation, starting from post four; that possibility of redemption is extremely low for Blood Brother, as he became the AE1 in the draw and will not race unless there is a scratch in the Championship or the consolation.

Two of the Franklin elimination winners, Keystone Velocity and Mel Mara, drew posts one and two, respectively, and a victory would make either one a career millionaire. The other elim winner, Dealt A Winner, was dealt post seven at the pill shake, and he shows only one call in eight race lines better than third at the quarter, meaning he may be staring at a difficult trip for David Miller (another numerological shudder for Dealt A Winner: should he triumph, his earnings would stand at $999,290).

Keystone Velocity went a tick faster than Mel Mara did in winning his elim, 1:48.3 vs. 1:48.4, but Keystone Velocity was rallying off of a 1:20.3 three-quarters clocking put up by Freaky Feet Pete, and just made the lead in the shadow of the wire, while Mel Mara showed a powerful early rush, went to the half in :53 under his own steam, and then drew away in the stretch to a three and a half-length victory for driver Corey Callahan. With three wins and a second in four seasonal races, the son of Lis Mara will certainly be one of – if not the favourite – to win the Franklin jackpot for trainer Dylan Davis and owners Robert Cooper Stables LLC and J&T Silva Stables LLC.

$75,000 Franklin consolation (Race 8): The two biggest surprises from the elims missing out on the final were McWicked and Freaky Feet Pete. McWicked did not even enter into the consolation event, but Freaky Feet did, though he’ll have to deal with the outside post nine. In his elim, he rolled to the three quarters in 1:20.3 in his seasonal debut before tiring; he certainly can be tighter here.

Ariana G, a superstar sophomore trotting filly challenging the colts in the Beal, won her elimination race in hand, finishing out her 1:53.4 victory in :27.3 without drawing a laboured breath. There may be a laboured breath or two required this week from the tough starting slot, although the Muscle Hill filly, who won in 1:51.1 at the Meadowlands Racetrack two starts ago, must still be rated the favourite to give driver Yannick Gingras his fourth straight win in the Beal (Father Patrick, Pinkman, Southwind Frank) as he steers for trainer Jimmy Takter and the partnership of breeders Marvin Katz and Al Libfeld.

Long Tom took his elim in 1:52.3 and may provide the main opposition to Ariana G for driver Tim Tetrick and trainer Marcus Melander, while Perfect Spirit, who scooted up the far inside to post a 23-1 upset in 1:54.1, has already had her trainer Åke Svanstedt read the writing on the wall and list David Miller as his candidate to replace his filly’s driver from last week – Gingras.

$75,000 Beal consolation (Race 5): One of the likely favourites would have been Rubio, who went offstride in his elim, but like Blood Brother, he drew AE1 and will not race unless there is a scratch in either of the Beal events. Giveitgasandgo, the 2016 Pennsylvania Sire Stakes champion, sat right behind Long Tom much of last week, but could only finish fourth; despite PP8 he should get attention in a balanced grouping.

The sixth race, a $25,000 winners-over handicap pace, is named the Herve Filion Memorial, in honour of the incomparable Hall of Fame sulky wizard and former Pocono regular who passed away last week at age 77. The first race on the huge Saturday card lists a 6:30 post time.