The ostrich race was held after Race 4 on the pari-mutuel harness-racing card, while the camels hit the track after Race 8.

In the three-entry ostrich event, Dixie Chick left alertly from the rail and never relinquished her lead.

In the featured four-entry camel event, My Lovely Humps easily dominated after Lawrence Of Arabia refused and Humpty Dumpty and Pepi Lepew seemed to have a few steering issues.

Live harness racing at Tioga Downs will continue on Friday, June 28 with a first-race post time of 6:50 p.m. 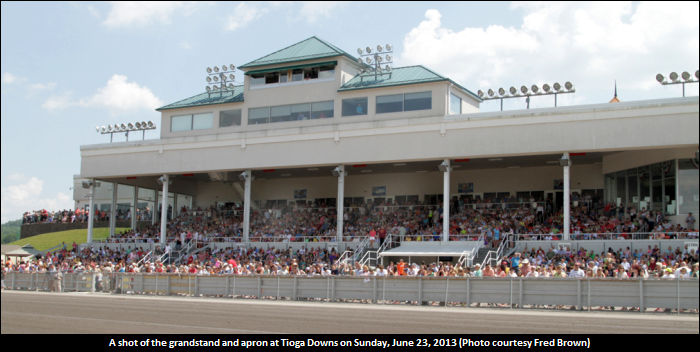 (With files from Tioga)

Too bad this wasn't in

Too bad this wasn't in Florida: They could have had Pari-Mutual betting on them like they do on the barrell races in Florida!!

congratulations, to the promotions of camel racing. anyone out there know where i can purchase a camel?? if you are searching for a promoter for harness racing ,,,,,i willingly will promote the sport of harness racing and just take a commission on revenue increases,,,,,,now thats a sure bet. programs lineups souvenirs,,,,, get it all right here.