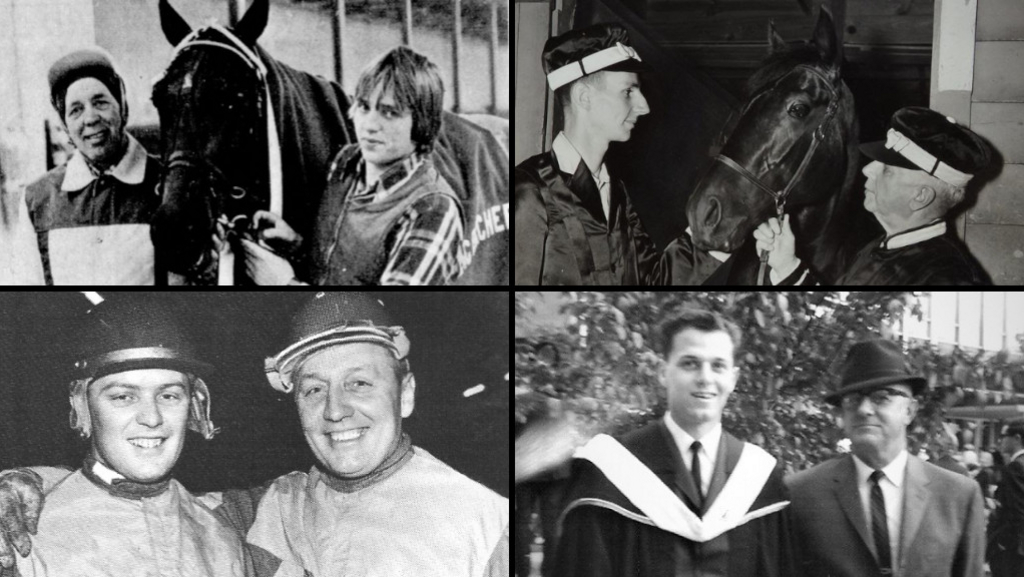 This week's Rewind is another edition of 'Picture Parade' where the reading audience looks over the old photographs and sends in their best guess.  This one is all about Father's Day which is being observed today, Sunday, June 19.

Throughout virtually all of the recorded history of harness racing,  regardless of location,  the practice of fathers being followed into the sport is a universally followed happening.   It is so prevalent that when someone is involved in the business and didn't follow one or both of their parents it is almost an oddity.  Today's pictures all involve fathers and sons or daughters who have both been involved as trainers,drivers, grooms or in some capacity related to the harness sport. 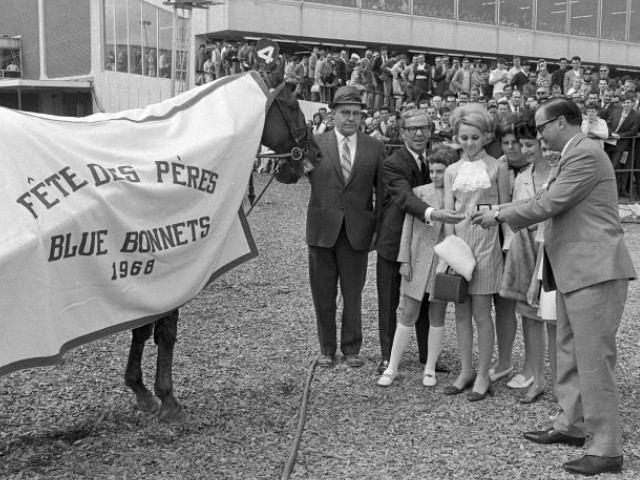 # 1  - Fathers Day Special.  This old photo was taken on Father's Day, June 16, 1968 at Blue Bonnets Raceway.  Several prominent figures of the day appear in the picture.  The winning owner holding the horse had two winners on this day and was a major participant in the sport for many years.  He still has three generations of family members involved. The two other gents were an important part of Montreal harness racing for decades.  I am hopeful someone can identify a few more people in this "Fetes des Pères" picture. 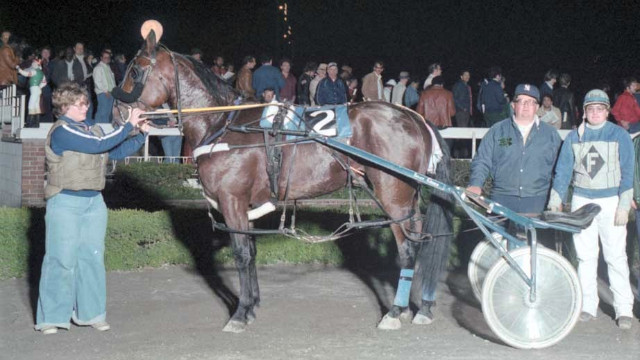 #2 - We just may have more than two people here who qualify.  Let us know who they are.  (Abahazy photo collection) 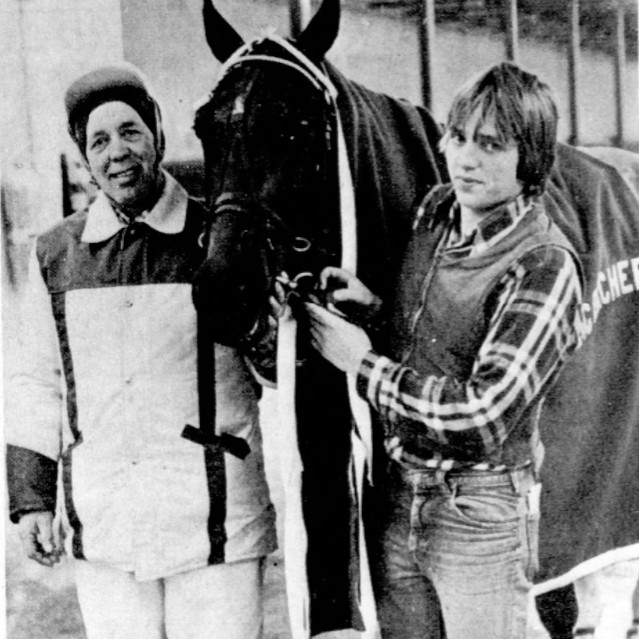 #3 - I do think they look alike but can anyone put a name on this duo? 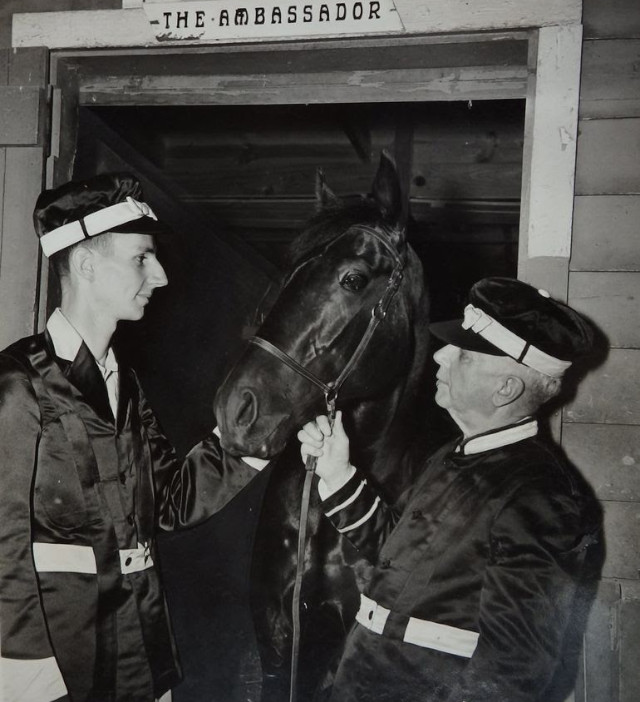 #4 - This is a real oldie but I'll bet a lot of our experts will be all over it.  Give us your best guess. 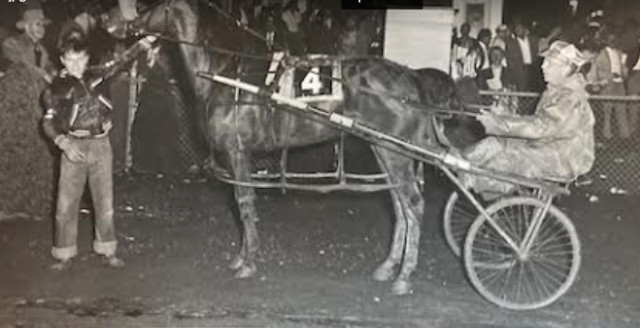 #5 - The young fellow on the left is probably the youngest in all of today's pictures.  Can you name him along with his sulky-sitting father? 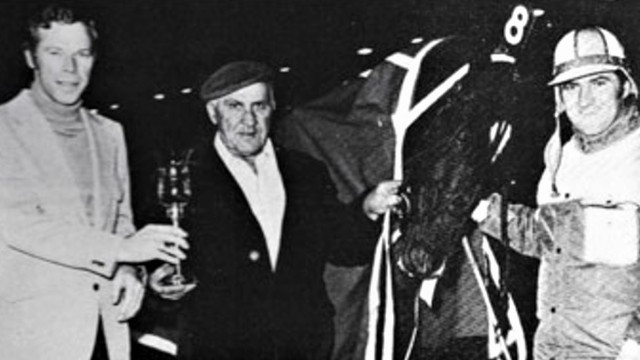 #6 - Can you put names on these two on the right? This photo was taken pretty close to 50 years ago but the younger gent is still with us and is in touch with me from time to time, which I appreciate very much.  The man on the far left is Herman Burghouts, one-time PR man for the Ontario Jockey Club. 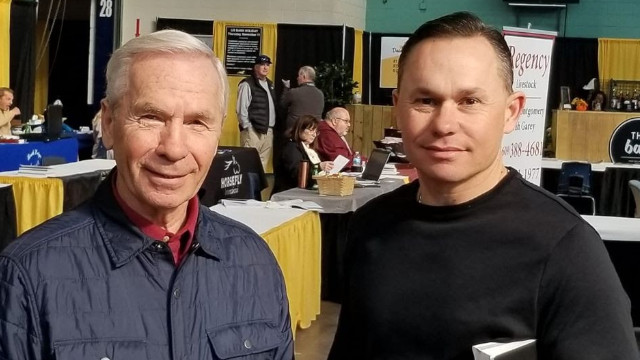 #7 - This one may be way too easy but let's go for it anyway.  Who do we have in the spotlight here? 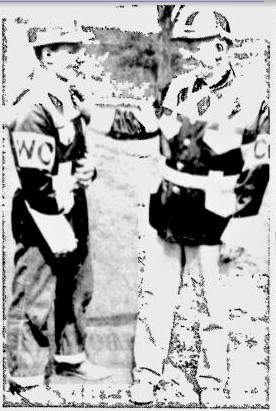 #8 - The above photo is a very good subject and a very poor reproduction from an old newspaper clipping.  But I'll bet it is still good enough for our experts to figure out. Who is it?  (Ottawa Gazette photo) 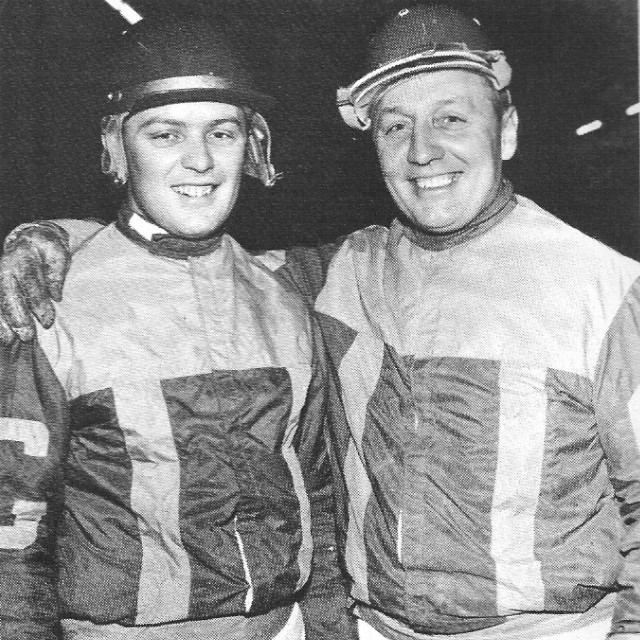 #9 - This great old photo taken some 50 years ago just happens to be a personal favourite of mine.  For those with a  good memory they might recall that I have shown it at least once before.  Let us know who these two fellows are. 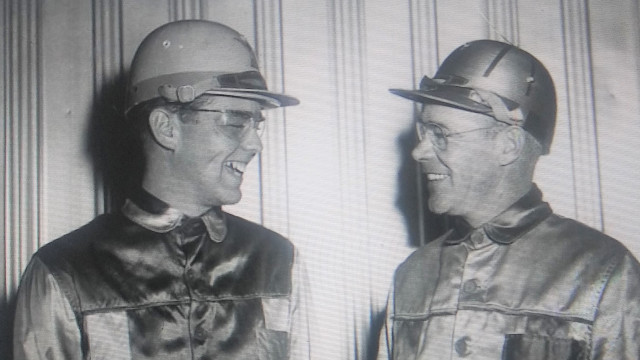 #10 - I am going to slightly bend the rules on this one.  Here we have a fine-looking pair of gentlemen here who shared the same last name and had a lot of the same relatives but were NOT a father and son team.  They were about as close as you could get to it though.  Give us your best shot.

Quote For The Week: "I never make stupid mistakes.  Only very, very clever ones." - John Peel

I would like to offer my best wishes to all Fathers on this special day set aside for those of us who have been blessed to be a father or a grandfather (or even more). Along with being a husband and part of a loving family, it has been indeed my greatest lifetime joy. Thanks to my family for making it such an easy job. As I wrote this piece I realized once again just how quickly time passes us by; little wonder that time is our most precious commodity. As I did the math, I realized that I have been a father almost twice as long as I had a living father myself. The grandfather's job has been icing on the cake. 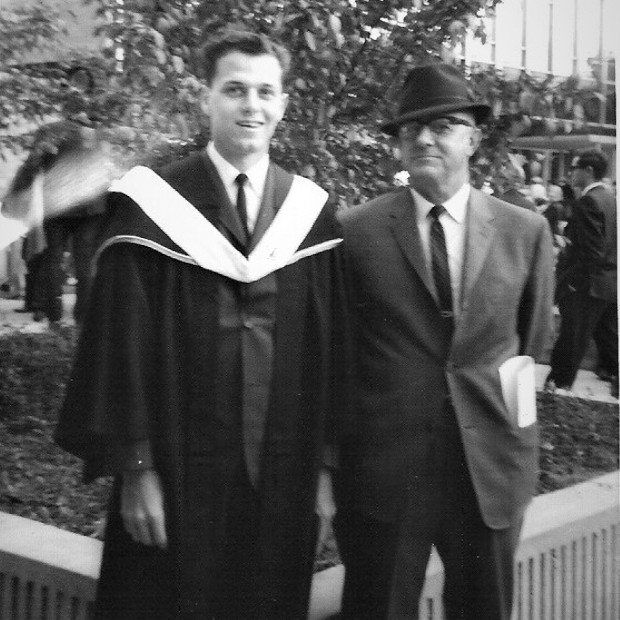 Shown above is one of the few pictures I have of my father and I.  For some reason he didn't seem to get in too many photographs.  This was taken when I graduated from University and I am thankful to have had him as a father who inspired my life long interest in harness racing.  He passed away many years ago in 1970 but his memory is never too far away.

P.S. Looks like ties were pretty narrow back then.

The correct answers to this week's Picture Parade photos are shown below:
# 1 -   Owner was Russell Miller at the horse's head. On this day two of his horses, Blaze Pick and Zip Tar both won races.  Also in the photo are George Giguere and Raymond Lemay. Others not identified.
# 2 -  Fulmer family. From left -Jan Adams (Fulmer), father Bruce and driver son Randy at Wolverine
# 3 -   Nelson and Stu Cochrane at Barrie
# 4 -  Gibson White and his father Ben White with The Ambassador
# 5 -   Garth Gordon and his father Jack at Blue Bonnets
# 6 -   Herman Burghouts with father Vern Hicks and driver son Bill. Oscar Song is the horse.
# 7 -  Mike LaChance and son Patrick
# 8 -  Wes Coke and his father Cecil at Connaught Park
# 9 -  Shelly Goudreau and his father 'Smilin' Fred Goudreau
# 10 - Nephew Warren Cameron and his uncle Dana Cameron.
Thanks for your best wishes on father's day.

Gord not a bad try

Thank you Robert for including a picture (#8) of my Father, Cecil Coke and Brother Wes Coke in your Father’s Day picture parade. I, like you, am also thankful to have been blessed with such a kind and loving Father.

4- Ben and Gib White with Rosalind.

Read "Born to Trot" when I was a kid. Still a good read for any kid in harness racing