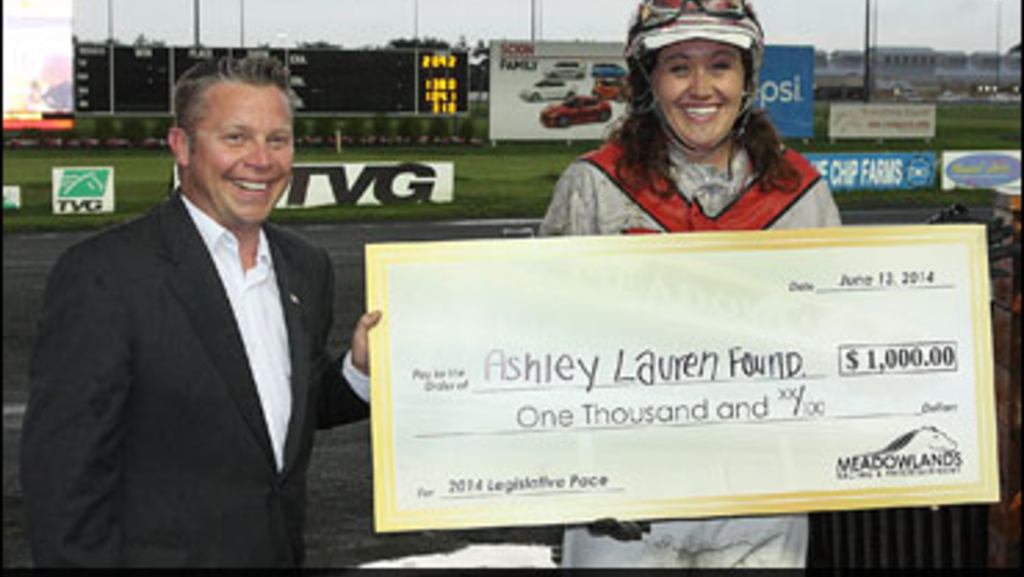 While Casagrande was the first across the wire, Senator Dick Codey (D-27th District) was the first to make the appeal for the future of the Meadowlands.

The quartet of legislators overcame sloppy conditions and showers as they toured the one-mile oval in double-seat jog carts, paired with top drivers at the Meadowlands.

Casagrande, who was teamed with Corey Callahan, stopped the clock in 2:09.2.

“As the only female in the race, my main goal was not to finish last,” said Casagrande. “I was pretty pumped to win it.”

She attributed her success to the talent of her partner, Corey Callahan, and the coincidence of them both sharing the same initials – CC.