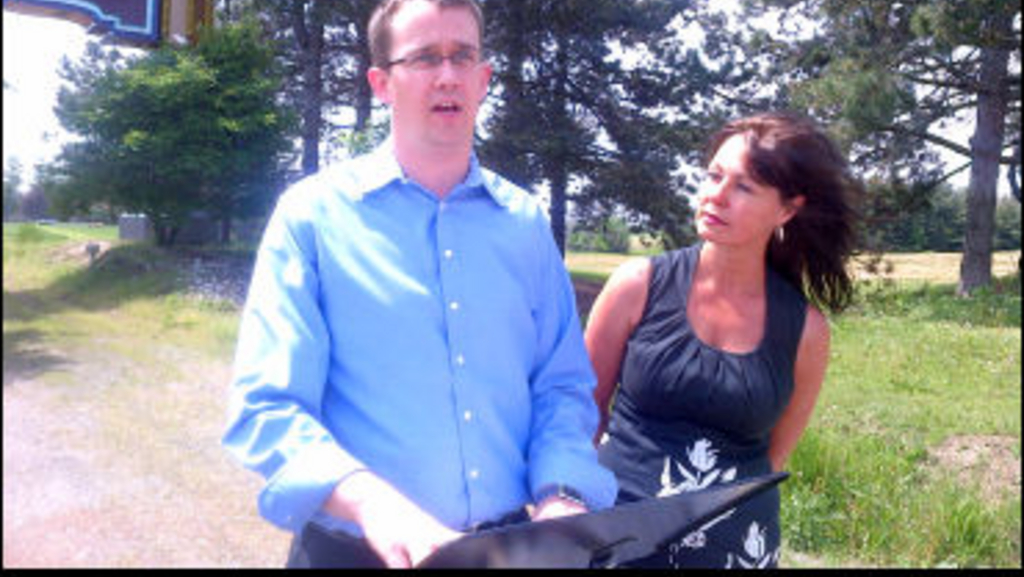 Progressive Conservative MPP Monte McNaughton and PC candidate Donna Skelly addressed the media outside of Flamboro Downs on Friday (May 31). McNaughton, while speaking of the PC plan for horse racing and gaming in Ontario, said that his party would put an end to the OLG's "empire-building plan" for 29 casinos across the province.

“We will put an end to the OLGC’s empire building plan for 29 new casinos across the province," said McNaughton. "Government should be the tough regulator, not the operator trying to bully communities into accepting new casinos.”

McNaughton added that the Ontario PC Party would “require a successful municipal referendum prior to any new casino being built," and that his party would "work with the horse-racing industry to make the best use of existing sites before going forward with a massive expansion.”

Trot Insider asked McNaughton about comments made by Ontario PC Leader Tim Hudak, who recently went on the record as saying that the now-fired OLG Chair, Paul Godfrey, was "a man of integrity" and "a respected public servant." Ontario Premier Kathleen Wynne fired Godfrey earlier in May after disagreeing on how to integrate the horse-racing industry into the province's ongoing gaming modernization.

In reference to the multiple transitional funding agreements that have been struck with racetracks, McNaughton said, "All these deals are being done in secrecy with no transparency and no accountability."

In addition to speaking of the transitional deals, McNaughton also commented on the deals which were struck with Ontario bingo halls. "The Auditor's mandate is to review every contract that's been signed by the Liberals with different operators, including the bingo halls and such," said McNaughton, who added, "We know there's lots wrong with the OLG."

During her discussion with Trot Insider, Skelly pointed out that Premier Wynne was a Minister in Dalton McGuinty's Cabinet when the controversial decisions regarding the Ontario horse-racing industry were made last year. "I think Godfrey was clear to say that these decisions were made with full support and knowledge of the current Premier, who was a Minister at the time," said Skelly. "This was a Liberal Government decision, and don't try to run away from it."

Skelly went on to say, "We've had a good relationship with the horse-racing industry and nobody wants to see these people out of work. The impact of this decision (the cancellation of the slots-at-racetracks program) hasn't even been felt yet -- it's going to be so widespread. We want horse racing to be viable so we will figure out something that will work."