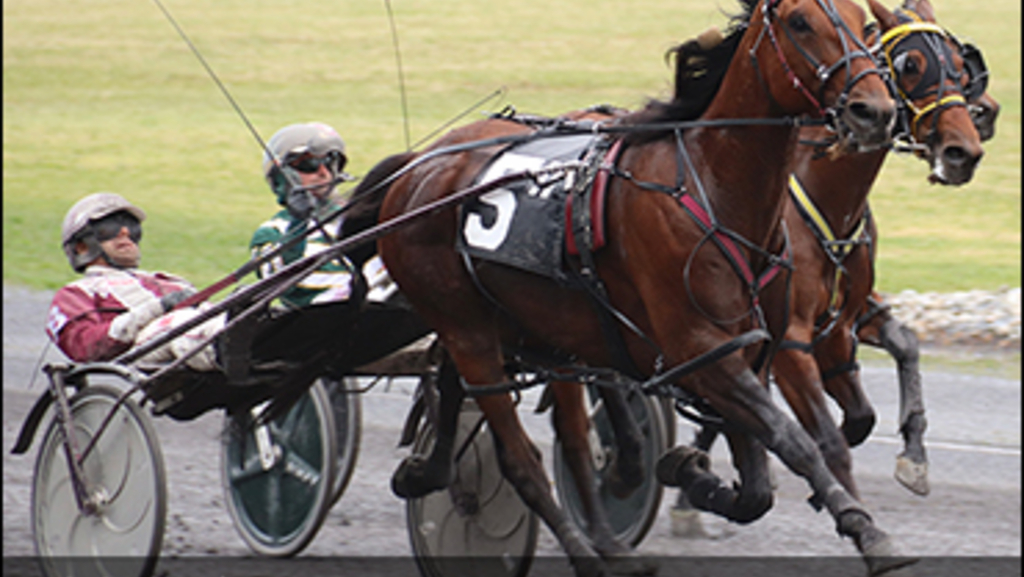 What a difference a day makes.

Not even 24 hours after being involved in a spill at The Meadowlands, driver Joe Bongiorno steered Nicholas Beach ($3.80) to a 1:48.4 score in the $100,000 Commodore Barry Pace, one of three co-headlining invitational events on the Sunday (May 30) program at Harrah's Philadelphia.

Nicholas Beach, who had not finished worse than second in any of his 18 career starts leading into the Barry, prompted a demanding :26.1 first quarter by stringing double millionaire This Is The Plan out through the first turn before yielding. After ceding control of the terms, Nicholas Beach drafted comfortably through middle sectionals of :54 and 1:21.1 before angling off the pegs midway through the final turn to take aim at American History, who sustained a first-over push out of third to reach the lead.

Off the home corner, Bongiorno tipped Nicholas Beach three-wide, and the five-year-old Somebeachsomewhere gelding swelled to the lead under vigorous encouragement, widening his margin to 1-1/4 lengths en route to his 15th career victory. This Is The Plan (Yannick Gingras) battled stoutly for second; Western Joe (Dexter Dunn) ducked from second-over cover to the pegs in the stretch and chased for third.

"(Nicholas Beach) is one of the barn favourites and has been a really special horse to us," said Joe Bongiorno The horse has overcome a lot in his life, and to be out here and show everybody the real horse that he is, it’s special. ... He’s an easy horse to be around and an easy horse to drive. He’s so versatile, you can leave with him so fast, you can put him in a hole; you can do anything with this horse. That’s what really makes him special."

Similarly, three-time Breeders Crown champion Manchego ($4.20) lived up to favored billing in the $100,000 Maxie Lee Memorial Trot, cascading off third-over cover for a 1:51.3 win, the fastest mile ever trotted by a filly or mare in the 16-year history of Harrah's Philadelphia.

Just two weeks removed from her gutsy 1:51.1 triumph in the Arthur Cutler Memorial at The Meadowlands, Manchego was able to benefit from a covered trip and a closer-friendly track bias in the Lee. Fellow millionaire Guardian Angel As controlled a :55.3 first half before facing sustained pressure from 2019 Hambletonian winner Forbidden Trade up the backstretch and past three-quarters in 1:23.1. As the duel raged on through the final turn, Dexter Dunn swung Manchego four-wide in preparation for the sprint home. Once given racetrack, the six-year-old Muscle Hill mare lifted to the lead, scooting away in the final yards to win by a widening two lengths. Lindy The Great (Andy Miller) emerged from traffic for a narrow second over Forbidden Trade (Bob McClure). 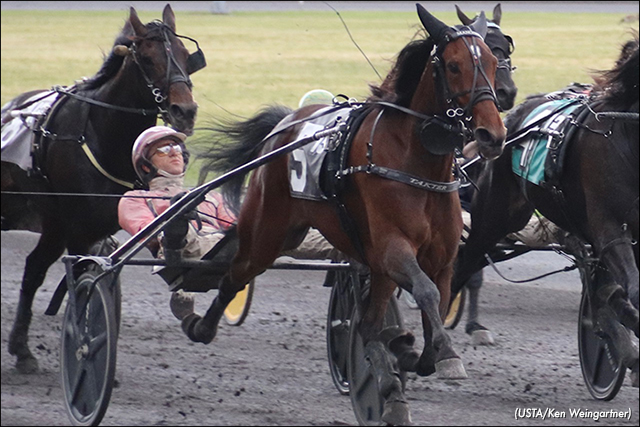 "We changed tactics with her halfway through last year because she was starting to over-race and not finishing the miles off," Dunn explained. "Once we did that, she’s just really been doing what you want her to do. There was speed early and found a good helmet to follow. She really is (spectacular). I’m so lucky to sit behind her, really. She’s just amazing. I moved her over in the stretch and she just took off. For a trotter to have speed like that, it’s really nice to sit behind."

Nancy Takter trains Manchego, who has won 35 races and banked over $2.8 million in her career, for Black Horse Racing.

After Soho Burning Love A brushed to command beyond a :26.3 first quarter, Sears angled Keep Rockin A into live third-over cover nearing a :53.4 half. The five-year-old Rock N Roll Heaven mare was towed into striking range as JK First Lady ground her way alongside Soho Burning Love A through a :28 third split, and then kicked cover off the home turn before lifting to a 1-1/2-length triumph as the pace imploded. Snobbytown (Yannick Gingras), the longest shot in the race at 47-1, rallied from last to claim second over Machnhope (Andy McCarthy), another 1-1/4 lengths in arrears.

"It just worked out perfect," said trainer Richard 'Nifty' Norman. "There were great fractions and good cover, and she’s a stone closer. So, it worked out awesome. Jimmy (King Jr.) had her and raced her at Yonkers, and I think she just didn’t like the Yonkers thing. As soon as we got her on the big track, she loved it. I watched her race in Australia before Rich bought her and she showed being a closer. The way it all worked out for her today, it was good."

Keep Rockin A, a seven-time winner with earnings of over $156,000, campaigns for Richard Poillucci.

Total handle for the Sunday program, which also featured sophomore pacing colts in PaSS action, was $1,170,968.

Nicholas Beach is amazing. How many other standardbreds have won nearly 80% of their lifetime starts, have never finished worse than 2nd, have won in 1:47.2, and have won in 1:48.4 on a 5/8th-mile track listed as "sloppy"??