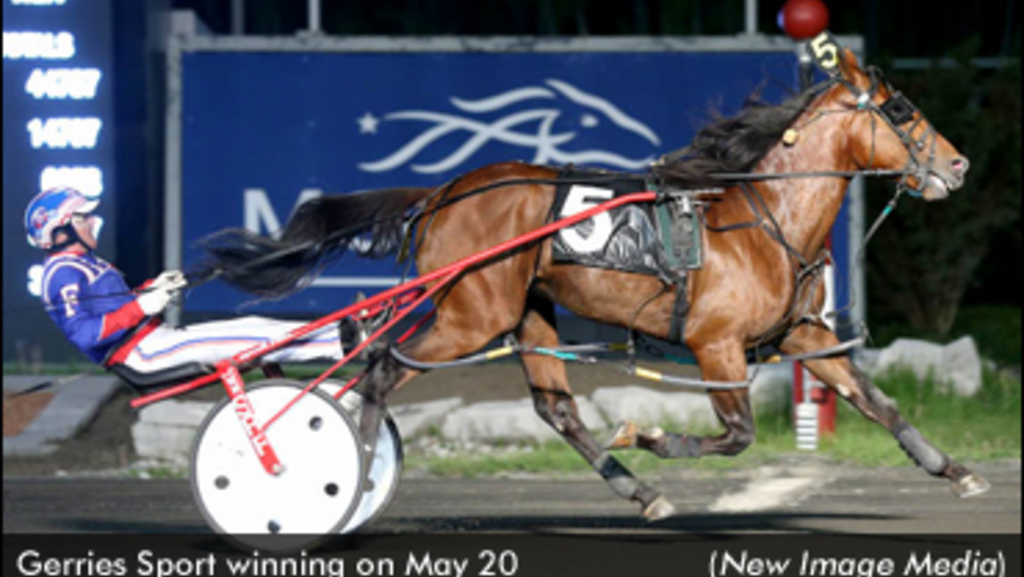 Gerries Sport became the season's first three-year-old to pace a sub-1:50 mile on Friday night, May 20 at Mohawk Racetrack with a lifetime-best performance in a $20,000 conditioned event.

Gerries Sport lowered the North American season's record for three-year-old pacers by one full second to 1:49.2 in the evening's seventh race for non-winners of three races or $75,000 lifetime.

Arsenic, Bettor Memories and seventh-place finisher Nocturnal Bluechip (Paul MacDonell), who also clocked a :26.4 final quarter closing from the back of the pack, are all eligible to the 2016 Pepsi North America Cup.

Gerries Sport paid $5.90 to win as the second wagering favourite in the 10-horse field.