Moreau Pupils 1-2 In Preferred; Eight Is Great For ‘Linedrive’ 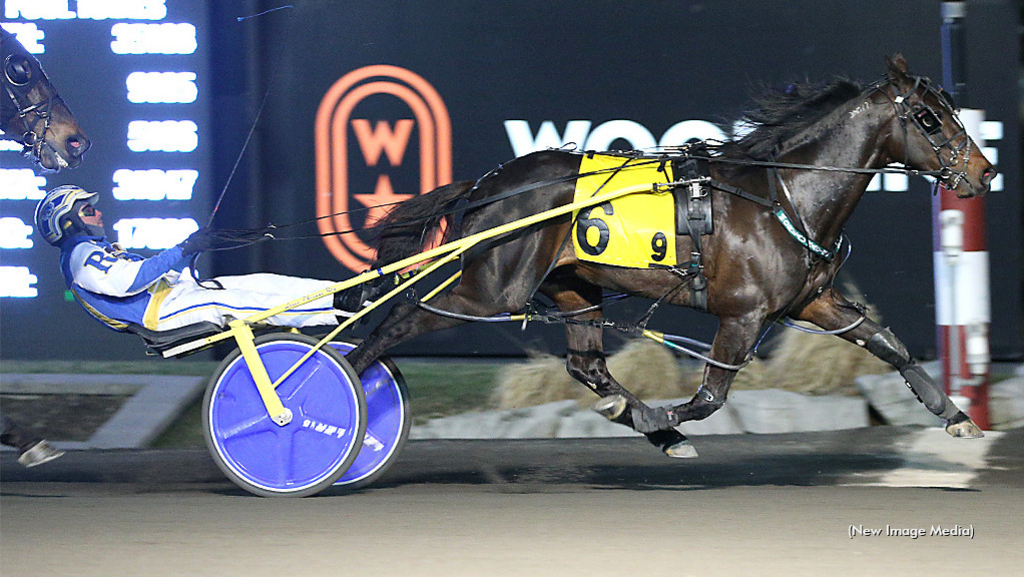 It was an action packed edition of the Preferred Handicap during Saturday’s 10-race card at Woodbine Mohawk Park, and when the dust settled it wound up being an Exacta brought to you by trainer Richard Moreau.

Jimmy Freight bested stablemate – and betting favourite – Wheels On Fire in the $36,000 feature in an eye-catching clocking of 1:50.3. Louis-Philippe Roy hustled Jimmy Freight off the wings of the starting gate, but they were quickly joined by Points North who swept to the top at the quarter pole in :27.3. As soon as Points North cleared to the lead, he came under immediate pressure from Wheels On The Fire.

The 4-5 choice took command in the backstretch and rolled the field down to the half in :54.3. Jimmy Freight was back out and driving in the third quarter, and he brushed his way to the top at the three-quarter pole in 1:23. From there, he used a :27.3 closing panel to win by 1-1/2 lengths over Wheels On Fire. Commanding Officer rallied late and grabbed the show dough in the six-horse affair.

Adriano Sorella of Guelph, Ont. owns the seven-year-old son of Sportswriter-Allamerican Summer. The win was his sixth of the season and the 27th of his career. His bankroll now stands at $1,576,125.

Linedrive Hanover kept his perfect seasonal record in tact with a 1:51 triumph earlier on the card. Sent off as the even-money choice in the $25,000 conditioned affair, the Anthony Beaton trainee got away fifth before blasting his way to the front at the half in :55.4. He rolled the field to the three-quarter pole in 1:22.2 and finished them off with a final quarter clocked in :28.3. Stonebridge Rex was next best, with third prize going to Undrthsouthrnsun N.

The four-year-old son of Betting Line-Lillian Hanover, who is now eight-for-eight this year, is owned by West Wins Stable, Mckinlay & Fielding and Mac Nichol. The gelding has potted earnings in excess of $95,000.

Last night was the 8th consecutive time this year that Jimmy Freight and Wheels on Fire faced each other in a night in which they both raced. I bet that's a world record if such a record is kept.