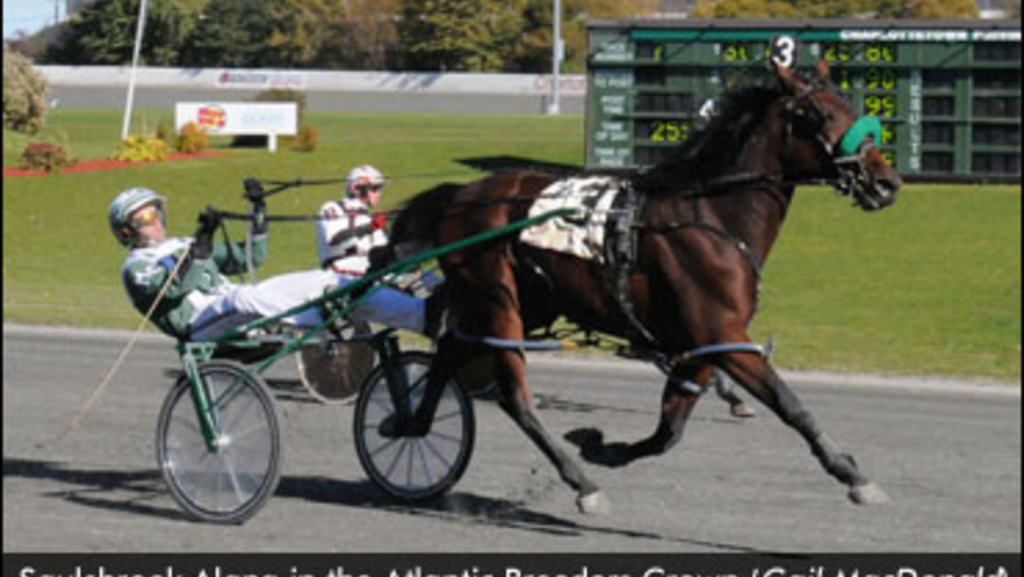 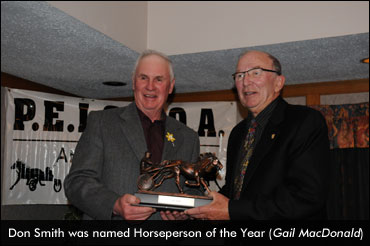 The awards honoured the tremendous accomplishments of horse and human during the 2013 season, as well as recognized its horsepeople, for whom many have been involved for decades.

Yet again, the horse community of P.E.I. provided a packed house, and in return, they were treated to another evening of excitement and celebration. This year’s emcee was Lee Drake, Marketing Director for Red Shores in P.E.I., and he graciously performed a great job as host. Drake also was very excited to introduce and welcome the man in the spotlight on the evening, guest speaker Vance Cameron.

Cameron regaled the audience with some of his favourite memories from his vast racing experience and career over the years. As always, Cameron had a great way of weaving his stories and the folks in attendance were thoroughly entertained. 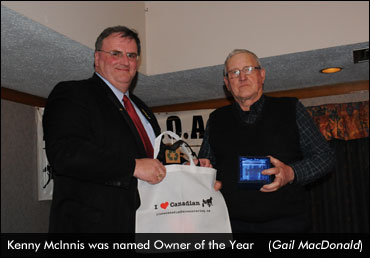 The horse owners association presented the prestigious Kentucky of Canada Award, which recognizes and acknowledges outstanding service to the industry. It is awarded only when merited and was presented tonight for only the fourth time in history. The honouree was the Hon. Wes Sheridan, minister responsible for harness racing on P.E.I.

Amongst the many award winners tonight, the awarding of the Active Horsewomen and Horseman of the Year went to Brian and Isabel MacPhee. Horseperson of the Year recognized longtime participant Don Smith of Pownal, who has been involved in countless capacities over his five decades in the sport. The Horse of the Year honours went to Saulsbrook Alana, owned by Reg MacPherson, trained by Kevin MacLean and driven by Marc Campbell.

Claiming Horse of the Year
Pinner - Owned by Brian, Lillian, and Kevin Ladner, trained by Brian.

Pacing Horse of the Year
Saulsbrook Alana - Owned by Reg MacPherson, trained by Kevin MacLean and driven by Marc Campbell.

Trotter of the Year
Abundaspin - Owned by Mikaela Lustic, trained and driven by Harold Sheppard.

Horse of the Year
Saulsbrook Alana - Owned by Reg MacPherson, trained by Kevin MacLean and driven by Marc Campbell.

Grooms of the Year
Drew Neil and Bobbi Jo Gaudet

Horseperson of the Year
Donald Smith

As an added bonus of this evening's event, the Atlantic Standardbred Breeders Association (ASBA) recognized the Prince Edward Island winners of the 2013 Atlantic Breeders Crown.

The Moncton Standardbred Racing Association also presented a trophy to the owner with the most points in the Atlantic Sires Stakes season, Dan Ross.