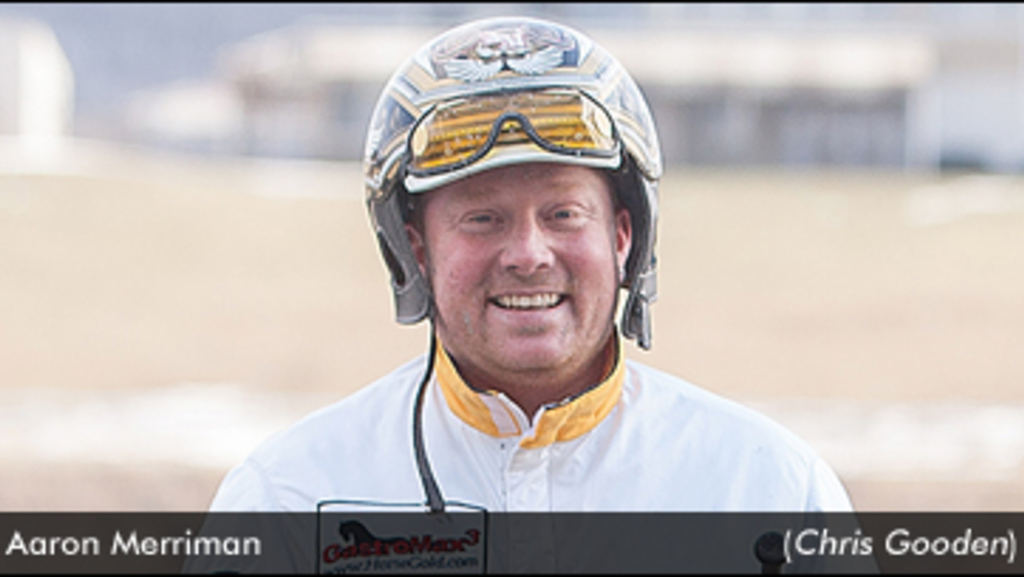 Aaron Merriman, harness racing’s ‘winningest’ driver in 2015 and 2016, collected career win 9,000 Tuesday (April 4) at The Meadows when he piloted DDs Comet to victory in Race 4.

A native of Cuyahoga Falls, Ohio, Merriman, 38, has been driving at both The Meadows and Northfield Park for the past few years and has been rolling up wins at a rapid pace. He notched career win 6,000 in October 2013, meaning he has amassed 3,000 victories in the last 42 months. Why has he been so successful?

“I think just showing up every day and trying to do your best is part of it,” he said. “I’m not a guy who calls off. I show up. When you do that and win a few races, you build your confidence.” 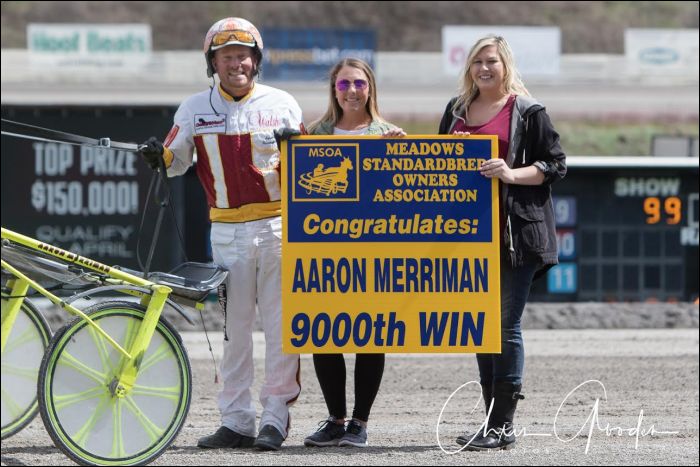 Driving regularly at two tracks can be gruelling, but Merriman says he expects to maintain his hectic schedule.

“As long as the quality of racing is as it is or better, I can see myself doing it,” he said. “Yeah, there are four tough days of doubleheaders, but that leaves three days to do things I need to do or relax. It’s not the size of the purses so much that motivates me as the quality of the horses. There are such nice horses at both tracks now.”

Even when he gets the opportunity for a few days off, he doesn’t take it.

“One of my fears is I would lose my drives if I took a couple days off. That’s not necessarily lack of confidence, but someone’s always there to step up and drive your horses. Some days, I want to stay in bed and sleep, but I can’t do it for fear I’d lose my horses. I know that sounds horrible; imagine what it’s like to feel it.”

Merriman indicated he has no long-range plans — for harness racing or anything else.

“I’m a day-to-day guy,” he said. “I don’t look ahead at all, although I should. I just hope my kids find something they can get as attached to as I have.”