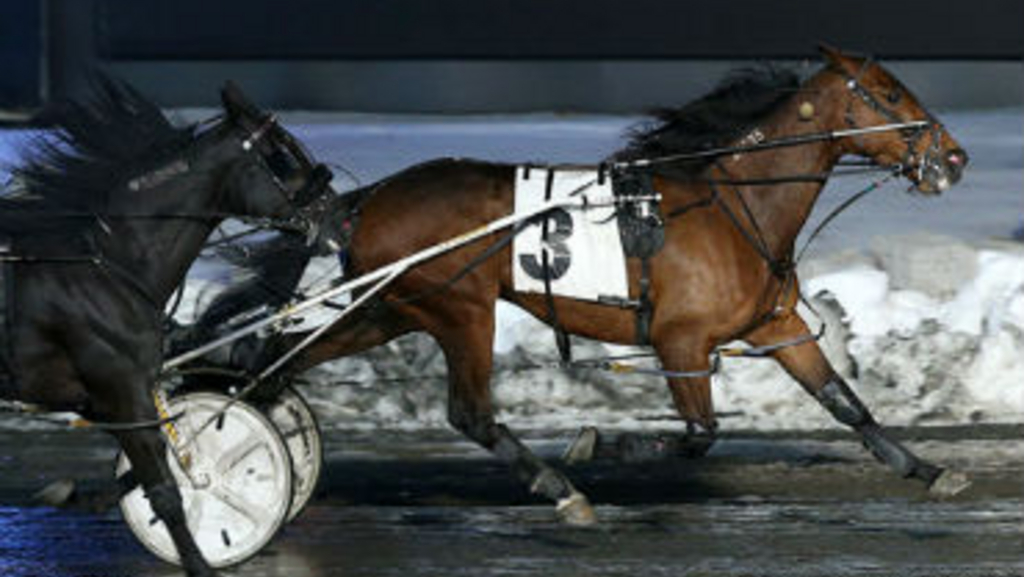 The aftermath of a brutal weekend ice storm left the track crew working non-stop until post time Monday, but once the first-race went behind the gate, it was back to business as usual.

A field of seven older trotter clashed over the “sloppy” track in the $34,000 Preferred.

Richard Moreau trainee Big Rich won the final two editions of the Preferred at Woodbine Racetrack and he carried that momentum over to Woodbine Mohawk Park.

Driven by Louis Philippe Roy, Big Rich went to the front and never looked back to pick his third consecutive win and fourth of the season. The six-year-old gelding posted fractions of :29.3, :58.2 and 1:27.2 before trotting home in :30.1 and fighting off Free Willy Hanover, who pressed the leader going to three-quarters.

Big Rich’s margin of victory was a length.

Owned by 9099 3833 Quebec Inc and Frank Spagnolo, Big Rich has now banked $90,700 in 10 starts this season. The Moreau trainee picked up his 22nd career victory with his triumph over the “sloppy” track Monday.

Monday also proved to be a profitable night for the tandem of driver Jonathan Drury and trainer Carmen Auciello considering they joined forces to win three times on the 10-race card.

(With files from Woodbine Mohawk Park)